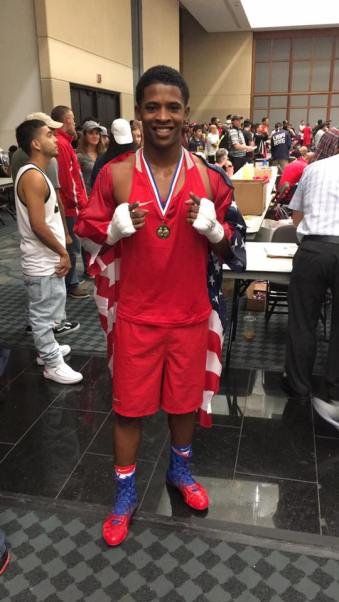 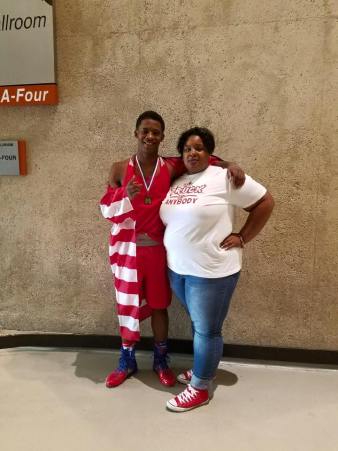 Baltimore’s Simpson won a gold medal and an award for Most Outstanding Male Boxer of the tournament at the 2016 National Junior Olympics, held in Dallas, Texas.

Lorenzo Simpson said, “I’ve worked really hard for this. Winning the National Junior Olympics was something I always believed I could do, but things happen in life that sometimes don’t allow it to all work out. I did everything I could to win, listened to my team and my coaches, and it paid off for me. I’m happy to bring my gold medal and the Most Outstanding Male Boxer of the tournament award back to Baltimore. I’m proud to be from Baltimore, and I think it’s great for my city. I appreciate all the support and messages I’ve received. I’m looking to build off this win, keep working to get better, and then just see what comes next. Thank you to Baltimore City Recreation and Parks, all the staff at Upton Boxing Center, Nike Boxing, Athlete Performance Solutions, Shane Goodell, my team, my family, friends, and everyone who contributed to my training camp and the wins in Dallas.”

Coach Kenny Ellis (Upton Boxing Center) said, “I’ve been saying it for years that Simpson is truly God gifted. He takes his craft seriously and his success isn’t a shock to anyone who has been around him. I have to pinch myself to really make sure he’s really a nine-time champion. So far, he has won six Silver Gloves National Titles, two PAL National Titles, and now a Junior Olympics Gold Medal. Scary to think he’s still only sixteen years old.”

Simpson’s head boxing coach, Calvin Ford (Upton Boxing Center), said, “This is another big legacy win for Truck. He dominated competition at this tournament and he’s seeing all the work that he’s put into the gym is making a difference. He made history as a six-time Ringside National Silver Gloves Tournament winner and now he’s added a gold medal at the Junior Olympics. If he continues to build on these achievements, he has a very good chance to be the most decorated amateur boxer in USA Boxing history. We are giving him the week off from the gym, and then we’ll sit down and begin planning for what comes next. I’m a really proud coach right now.”

His mother, Danica Ward, said, “The trip to Dallas was an experience like no other. I never dreamed that I would wake up having the Junior Olympics Gold Medalist as my child. I commend each boxer for handling the pressure of fighting in a room full of people with four rings, the sound of bells ringing, people yelling, and someone standing in front of you who wants to destroy you. Over the years, I’ve learned boxing is about having skills, but also about having strong mental abilities as well. July 1 marked the twelfth year anniversary of his father’s death. While he didn’t show it, I later learned via his social media that it was on his mind during this competition. I’m proud that my son was able to stay focused so that he could achieve his goal.”