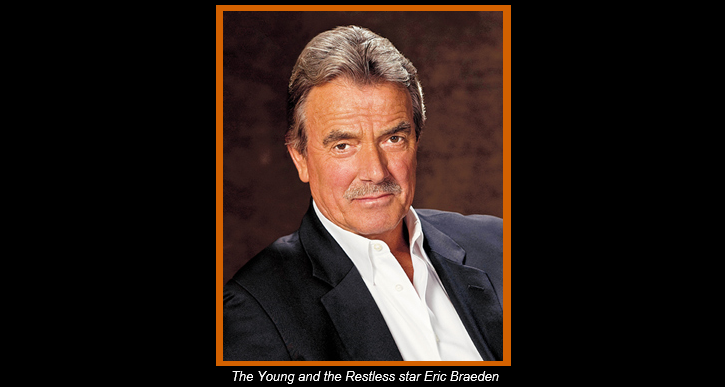 CANASTOTA, NY – APRIL 3, 2017 –  The International Boxing Hall of Fame announced today Eric Braeden, the film and television icon and Emmy Award and People Choice Award winning actor who has starred as “Victor Newman” for over 37 years on the #1 rated daytime drama series The Young and the Restless which airs on CBS from Sony Pictures Television and most recently wrote his autobiography I’ll Be Damned, has been named Grand Marshal of the 2017 Boxing Hall of Fame Parade of Champions scheduled for Sunday, June 11th at 1 p.m.

“The Hall of Fame is so happy that Eric Braeden, one of the most recognized actors in the world and life-long boxing fan, will be in Canastota in June to serve as the 2017 grand marshal,” said Hall of Fame Executive Director Edward Brophy. “He has led an incredible life and his acting career is iconic. It will be a remarkable day in ‘Boxing’s Hometown’ when he leads the Parade of Champions.”

Born Hans Gudegast in Kiel, Germany, he immigrated to the United States in 1959. After working in Texas and attending college in Montana, he settled in Los Angeles where he pursued an acting career. A versatile performer, he changed his name to Eric Braeden and over the next five decades would appear in over 120 television series and feature films. His film credits include Escape From the Planet of the Apes and James Cameron’s Titanic and Braeden has starred or guest starred on such notable television programs as The Rat Patrol, Gunsmoke, The Mary Tyler Moore Show, Hawaii Five-O, Mission Impossible,

Hope & Faith and How I Met Your Mother. Since 1980 he was portrayed “Victor Newman” on the #1 rated daytime drama series The Young and the Restless. His work has resulted in numerous accolades including the 1998 Emmy Award for “Outstanding Actor in a Daytime Drama Series” and The People’s Choice Award for “Favorite Actor in a Daytime Drama Series,” and, in 2007, a star on the Hollywood Walk of Fame. Braeden recently wrote his critically acclaimed autobiography I’ll Be Damned.

“I am deeply honored to be amongst athletes I have admired for so many years,” said Braeden.

“With the lineup of marching bands, boxing celebrities, community organizations and now Eric Braeden, this should be our biggest parade ever and an unforgettable day for all,” said parade chairperson Charlene Barres.

The Parade of Champions is sponsored by Nice N Easy Grocery Shoppes.

The June 8-11th Hall of Fame Induction Weekend will feature many exciting events including a banquet, boxing autograph card show, golf tournament, cocktail party and the Official Induction Ceremony honoring the Class of 2017.

For more information on the 2017 Hall of Fame Induction Weekend please call (315) 697-7095 or visit on Facebook at http://www.facebook.com/InternationalBoxingHallofFame and on Twitter at http://www.twitter.com/BoxingHall.