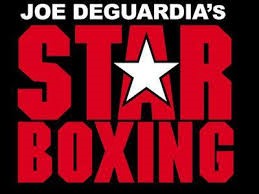 White Plains, NY/Philadelphia, PA — Demetrius Andrade, two-time and undefeated world champion,  showed that he has the drawing power to go along with his unquestioned ring talent as his bout with undefeated Alantez Fox outdrew both the main event and opening bouts in the ratings last Saturday night by over 90,000 viewers on HBO Boxing After Dark®.

Those games were all still going on when Andrade and Fox walked to the ring but were well over by the time the main event started.

“To have Demetrius pull in that viewership going against The Yankees, Penn State, Notre Dame, Michigan and USC just shows the interest in an American boxer who can be considered one of the best out there.  Those above mentioned teams are most iconic programs and teams in American sports,” said Artie Pelullo, President of Banner Promotions.

Joe DeGuardia, President of Star Boxing said, “I am very pleased with the ratings.  It is an anomaly when the co-feature bout does a higher rating than the main event.  Additionally, considering that Demetrius’ fight competed with significant live sports competition, including game 7 of a fantastic Yankees-Astros series and major college football games, it shows fans are interested in a talented American boxer with US Olympic pedigree.”