Jessie Magdaleno: “I’m Going to Put on a Spectacular Show”

LIVE on ESPN and Streaming on the ESPN APP 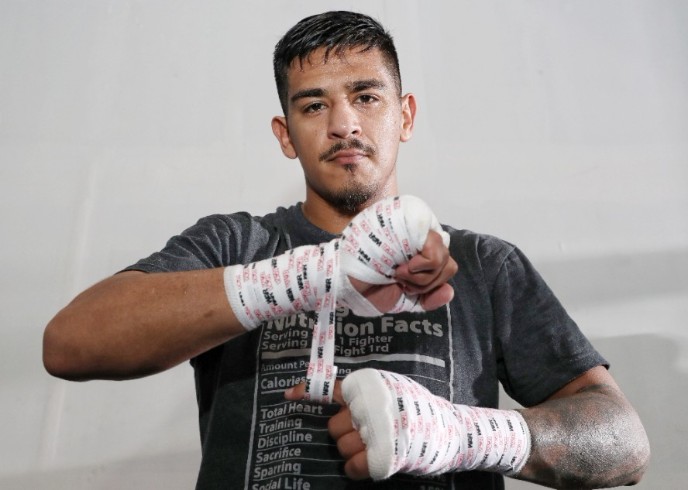 NORWALK, Calif. (April 23, 2018) — World Boxing Organization (WBO) junior featherweight champion Jessie Magdaleno has spent his latest training camp running the mountains near Guadalajara, Mexico, and alongside some of the world’s best fighters at Legendz Boxing in Norwalk, Calif. Magdaleno is preparing for the role of main event headliner against No. 1 contender and interim champion Isaac Dogboe (18-0, 12 KOs) on Saturday, April 28 at The Liacouras Center in Philadelphia.

“I’m mentally ready. I’m physically ready,” Magdaleno said. “Being here with {trainer} Manny Robles keeps me ready. The sparring has been great, but I get impatient sometimes and just want to get in the ring for real. I have to stay calm and wait until the fight comes.”

Said Robles: “Dogboe is a real tough opponent. Jessie definitely has to be ready for this fight, and it should be a fan-friendly fight.”

Magdaleno (25-0, 18 KOs) won the world title with a unanimous decision over four-weight world champion Nonito Donaire on Nov. 5, 2016. He has defended his belt once, a second-round stoppage over Adeilson Dos Santos last April. When Magdaleno steps into the ring against Dogboe, it will have been 371 days since the Dos Santos fight.

“It’s been a long training camp, and I’ve been training with some excellent fighters,” Magdaleno said. “I was with {WBO featherweight champion} Oscar Valdez in Mexico, and now, it’s the home stretch. We’re more than ready to get back in the ring.”

The pre-fight drama escalated last month when Dogboe’s father/trainer, Paul Dogboe, told Ghana’s Pulse website: “We hope Magdaleno will not run like a chicken. We hope he makes the weight and comes in with no excuses because we are ready for him. We are ready to eat him like a chicken. We are focused, and our only mission is to devour him, eat the crazy chicken, throw him over the wall of Mexico and present the title to Donald Trump. Magdaleno will run when he sees Isaac.”

Paul Dogboe has since apologized, and Magdaleno is intent on doing his talking inside the ring.

“It’s about experience, staying focused, and doing our job,” Magdaleno said. “Manny keeps me focused on the fight, and that is my main concern.”

Magdaleno-Dogboe will be televised LIVE on ESPN and stream in English and Spanish on the ESPN App at 7 p.m. ET.  Undercard bouts will stream live on ESPN+, available on the ESPN App, beginning at 4 p.m. ET. ESPN Deportes will air the fight at 10 p.m. ET.

Promoted by Top Rank, in association with Peltz Boxing, tickets, priced at $100 (ringside), $65 and $35, are ON SALE NOW and can be purchased at The Liacouras Center Box Office and www.liacourascenter.com, or by calling Peltz Boxing at 215-765-0922.