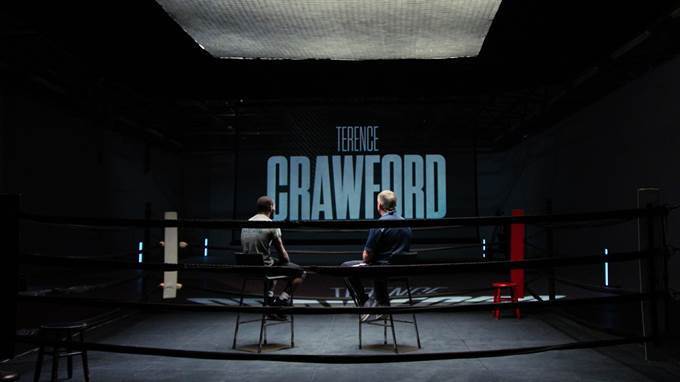 Terence “Bud” Crawford looks to conquer a third weight class when he battles WBO welterweight champion Jeff “The Hornet” Horn, Saturday, June 9 at 9:30 p.m. ET exclusively on ESPN+—the recently-launched multi-sport, direct-to-consumer subscription streaming service from The Walt Disney Company’s Direct-to-Consumer and International segment and ESPN. In anticipation of this superfight, Teddy Atlas sits down with Crawford for “Inside The Ring with Teddy Atlas and Terence Crawford,” a one-hour special analyzing the pound-for-pound superstar’s biggest fights and his progression to becoming one of the world’s best fighters today.

Teddy’s Takeaways
“Whether through the actual physical experience or the magic of television, most people have stepped into the batter’s box on a baseball diamond, visited–or at least peeked–into the huddle on the gridiron and shot a few free throws on the hardwood of a basketball court, but few to none have ever been inside that squared circle called a boxing ring.  This new show takes you into that seemingly black hole where most have never ventured, and shines a revealing light, so that you walk away saying, ‘I’m glad I did.’  And even better, you can do it without getting a bloody nose.”

“I knew that Terence Crawford had both the physical skills and the mental fortitude it takes to be a special fighter. I also appreciated his ability to be diverse in the ring. What I wasn’t sure of before, was whether the great things he was able to do were part of his innate ability or just part of his consciousness.  Did he realize what he was doing at times or did he just do them?  What I found out may surprise you and I’m hoping it sheds a better light on what makes him tick and so well. I spent a day with him breaking down film of his most important and formative fights.”

Highlighted Fights include:
Crawford vs. Breidis Prescot, March 30, 2013
Crawford’s major American TV debut and a dominant performance against the fighter who knocked out British superstar Amir Khan in the first round.

Crawford vs. Yuriorkis Gamboa, June 28, 2014
In his hometown of Omaha, Crawford made his first title defense against 2004 Cuban Olympic gold medalist and former unified featherweight titleholder Gamboa. Crawford stated at the time that Gamboa was his toughest fight to date.

Crawford vs. Viktor Postol, July 23, 2016
The highly anticipated Super Lightweight unification fight. Both fighters entered the ring a perfect 28-0. With the victory, Crawford staked his claim to division supremacy and set himself up for bigger fights.

Crawford vs. Julius Indongo, August 19, 2017
The Super Lightweight unification fight between Crawford and WBA (Unified) and IBF champion Indongo.Crawford became the first boxer to hold all four major world titles (WBA, WBC, IBF, WBO) in any weight class in more than a decade.

This includes hundreds of MLB, NHL and MLS games, Grand Slam tennis, Top Rank boxing, PGA Tour golf, college sports, international rugby, cricket, the full library of ESPN Films (including 30 for 30) and more. Fans can subscribe to ESPN+ for just $4.99 a month (or $49.99 per year) and cancel at any time.