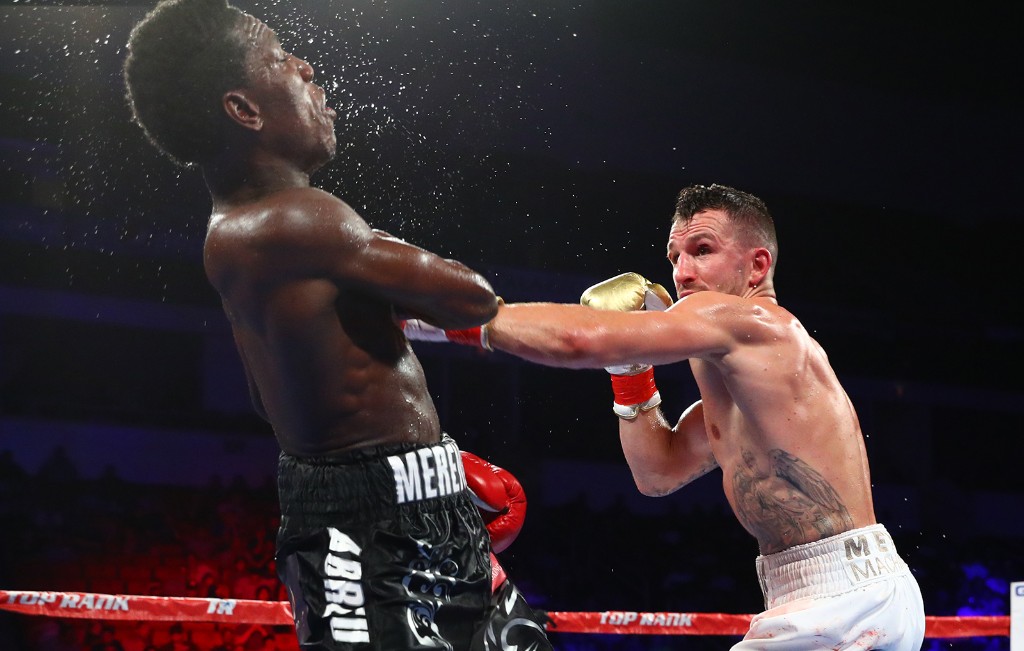 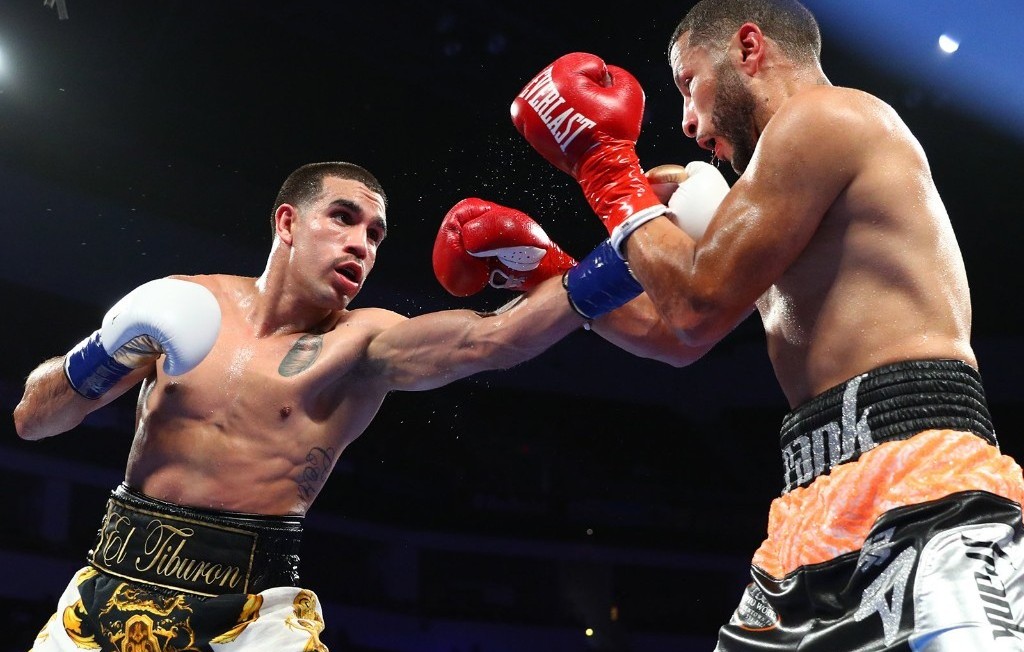 • CLICK HERE for PHOTOS
(Photo Credit: Mikey Williams / Top Rank)
FRESNO, CALIF. (July 7, 2018) —Egidijus “The Mean Machine” Kavaliauskas suffered a cut in the opening round, but he was not deterred, turning back Juan Carlos Abreu via unanimous decision by scores of 97-93, 97-93, and 96-94 to retain the NABF welterweight title in the ESPN-televised main event Saturday evening at the Save Mart Center.Kavaliauskas-Abreu was elevated to main event status on Friday after WBC super lightweight champion Jose Ramirez’s opponent, Danny O’Connor, suffered a severe case of dehydration prior to the weigh-in.

“Everything did not go as well as I expected. Abreu was very fast and very slick. In the beginning, I needed a couple of rounds to make adjustments,” Kavaliauskas said. “I’m ready for all of the big names. I  give 200 percent in the gym and I will always give my best in the ring.”

Kavaliauskas (20-0, 16 KOs) keeps himself in line for a potential world title opportunity, while Abreu (21-4-1, 19 KOs) saw his two-bout winning streak come to an end.

“I felt this was a good learning experience for me,” Vences said. He was a very sharp fighter and he kept making adjustments all throughout the fight. I was trying to get the knockout, but at the same time, I was following the game plan. We fell just a little bit short of that. Now we will move on. We are not looking back. We move forward to bigger fights,” said Vences.

“I still need some work, but having these 10 rounds was a good experience. We’re just improving and getting better. I’d love to face Jarrell Miller or any of the big guys out there, and they’ll probably underestimate me after this performance. The next one will be different,” said Ruiz.

Top prospect Gabe Flores Jr. survived a tough test but prevailed via unanimous decision over James De Herrera in a six-rounder. The 18-year-old Flores (9-0, 5 KOs) from Stockton, California, won every round on each of the judges’ scorecards.

“I believe I did good on this fight, but I could’ve done way better. I should’ve listened to my father. He was asking me to use my legs, but I saw that I was hurting De Herrera and almost got him out of there. That is why I kept throwing to the head. Next time I promise a way better performance,” said Flores Jr.

Puerto Rican prospect Joseph “Blessed Hands” Adorno (8-0, 8 KOs) continued his power streak with a third-round knockout over Guadalupe De Leon in a super featherweight clash. Time of the stoppage was 2:32, as Adorno was extended past the second round for the first time in his pro career.

“He was a tough and very experienced fighter. He came to fight. He caught me with a couple of shots, but as soon as I started landing my punches, I saw in his eyes that I was hurting him and it was just a matter of time. I went passed the second round for the first time in my career. This was a good learning experience for me,” said Adorno.

• Sergio Lopez and Manuel Manzo battled to a draw in a four-round super bantamweight fight.

• Super bantamweight Santos Ortega of Sacramento, California, improved to 2-0 with a four-round unanimous decision over the game Ivan Martino. All three judges scored the fight 40-36.