Artemio Reyes to take on Gabriel Bracero in welterweight co-feature 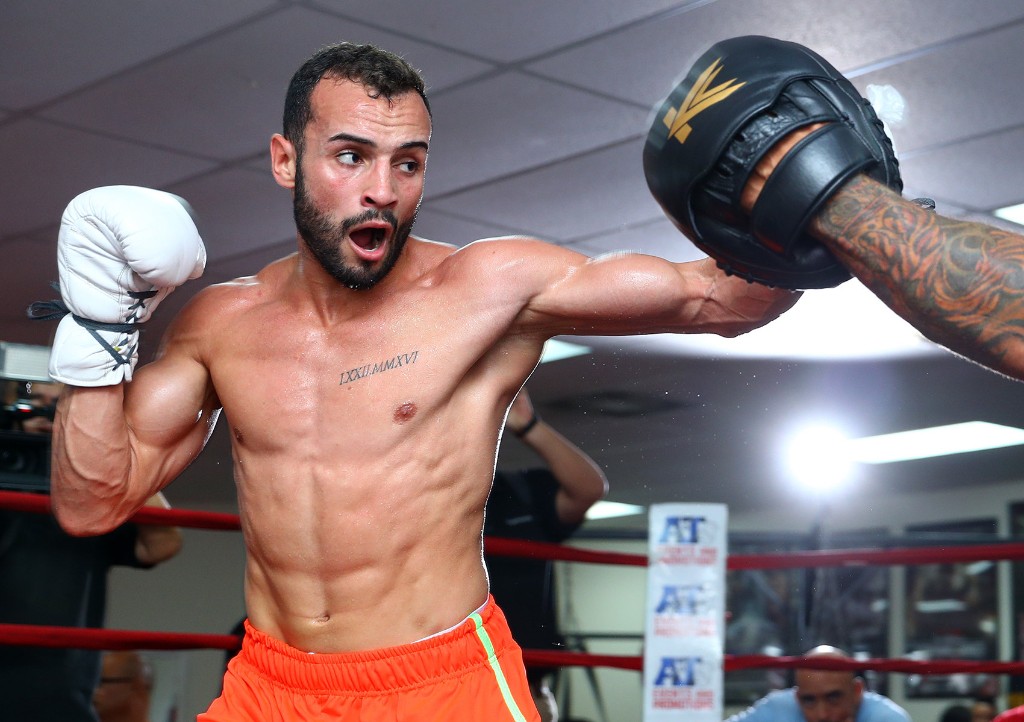 Kissimmee, Fla. (July 25, 2018) – Christopher “Pitufo” Diaz (23-0, 15 KOs) is proud of his Puerto Rican heritage and is acutely aware of his homeland’s rich fighting history. Diaz, who fights Masayuki Ito (23-1-1, 12 KOs) on Saturday at the Kissimmee Civic Center for the vacant WBO junior lightweight world title, is hoping to become the fifth current male world champion from the “Island of Enchantment.”

In the 10-round co-feature, welterweight contender Artemio Reyes (25-2, 20 KOs) will face Brooklyn native Gabriel Bracero (24-3-1, 5 KOs). Diaz-Ito and Reyes-Bracero will stream live and exclusively in the United States at 9:30 ET on ESPN+, with undercard action set for 6:30 p.m. ET on ESPN+.

The undercard will include the professional debut of Vladimir Nikitin, the 2016 Olympic bronze medalist from Russia whose controversial quarterfinal decision win against Michael Conlan resulted in Conlan’s famous double middle-finger salute to the judges. Also appearing on the undercard will be bantamweight prospect Antonio Vargas (6-0, 3 KOs) against Aaron Echeveste (5-2, 3 KOs) in a six-rounder, super lightweight Jose Lopez (10-0, 8 KOs) taking on Jorge Rodriguez (10-2, 10 KOs), and Henry Lebron (4-0, 3 KOs) versus Luis Diaz (2-5, 1 KO) in a six-round super featherweight bout.

Many of the fighters from Saturday’s card worked out for the media Wednesday at Kissimmee Boxing Gym. This is what they had to say.

On Fighting For His First World Title – “I worked hard for this. This is my moment, and nobody is going to take away from me what I know is mine. That vacant title has a first name and last name on it. That name is Christopher Diaz.”

About Fighting in Kissimmee, Fla. – “I’m super happy and excited about returning to fight in Kissimmee. Here, I feel like I’m at home. I come ready to give my fans a great fight.”

On Fighting Outside of Japan – “I do not care about where I’ll be fighting. Inside the ring, it will only be him, me, and the referee. Nobody else.”

On What He Expects from Diaz – “I’m ready for a war. I’m here to win round by round.  I’m ready for a toe to toe fight. I’m going for the knockout. I’m taking the title with me to Japan.”

“I got the call for this fight on short notice, but I see this opportunity as a blessing. I’m always in the gym. I’m always in shape. I was helping {IBF lightweight champion} Robert Easter Jr. for his next fight. I’m ready to fight. I know he is a power puncher and has a lot of knockouts, but he hasn’t faced anyone as experienced as me.”

Promoted by Top Rank, in association with All Star Boxing and Teiken Promotions, remaining tickets to this world championship event, priced at $100 (red carpet ringside), $50 (lower bowl), and $30 (general admission), may be purchased at the Kissimmee Civic Center box office, online at ticketerapr.com, or charge by phone at (787) 305-3600.

ESPN+ is the first-ever multi-sport, direct-to-consumer subscription streaming service from The Walt Disney Company’s Direct-to-Consumer & International segment in conjunction with ESPN. ESPN+ offers fans two exclusive, original boxing programs: The Boxing Beat with Dan Rafael (Tuesdays, weekly) and In This Corner (twice monthly). In addition to boxing content, fans can watch thousands of additional live events, on-demand content and original programming not available on ESPN’s linear TV or digital networks. This includes hundreds of MLB, NHL and MLS games, Grand Slam tennis, Top Rank boxing, PGA TOUR golf, college sports, international rugby, cricket, the full library of ESPN Films (including 30 for 30) and more. Fans can subscribe to ESPN+ for just $4.99 a month (or $49.99 per year) and cancel at any time.