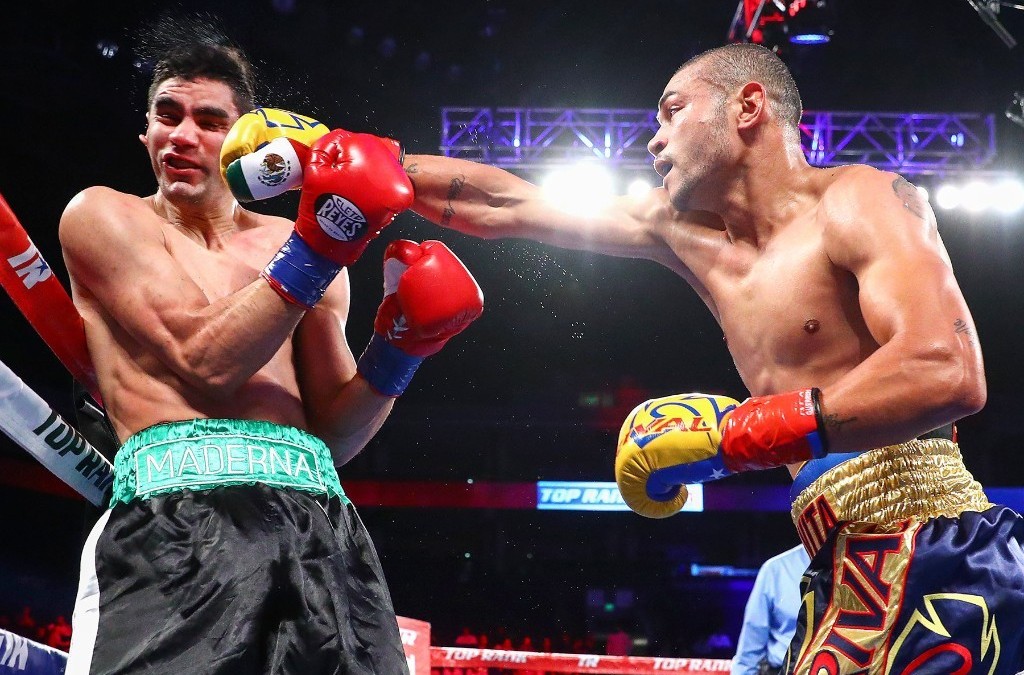 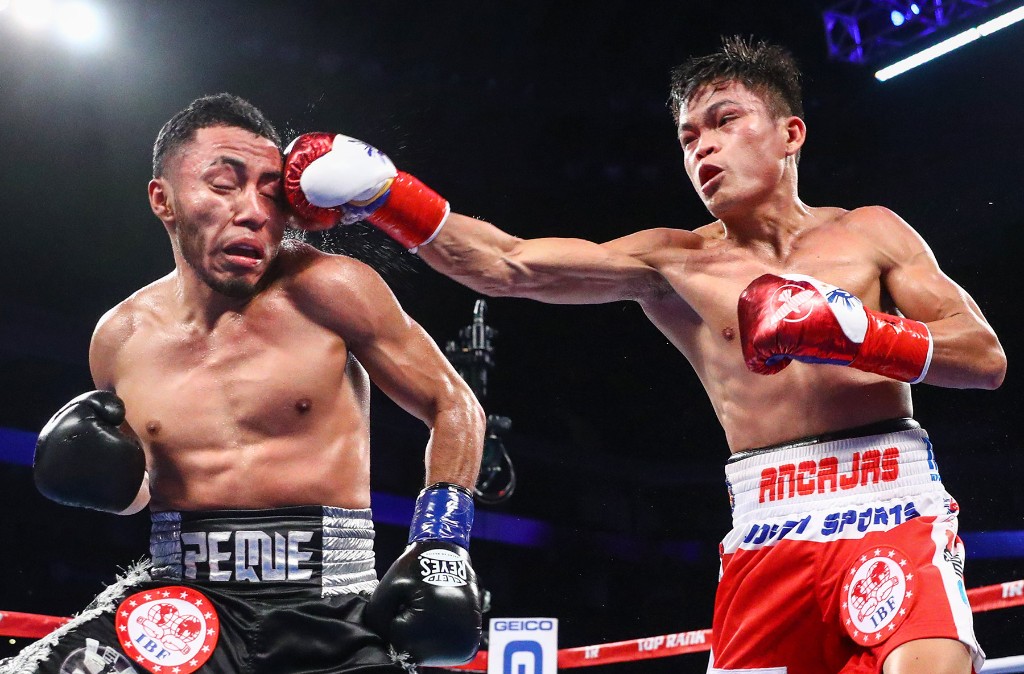 • CLICK HERE for PHOTOS
(Photo Credit: Mikey Williams / Top Rank)
OAKLAND, Calif (Sept. 28, 2018) —  Jose Uzcategui, the IBF super middleweight world champion, moved up to light heavyweight for a non-title bout while he awaits his first title defense. He took care of business and won a clear unanimous decision against Ezequiel Maderna on Friday evening at the Oracle Arena. Scores were 100-90, 100-90, and 98-92.Next up for Uzcategui is a return to 168 pounds, where he will defend his world title.

“I just played around and got some rounds,” Uzcategui said. “Now that I didn’t get the knockout, maybe the other champions will have the guts to fight me.”

The “Pretty Boy” didn’t have an easy night at the office. Jerwin “Pretty Boy” Ancajas made the sixth defense of his IBF junior bantamweight world title, battling to a draw against Alex Santiago. The scorecards read 116-112 Ancajas, 118-111 Santiago, and 114-114.

“It was a good, entertaining fight,” Ancajas said. “My timing was a little off. He was a little awkward. I felt like I pressed the fight and did enough to win.”

Ancajas (30-1-2, 20 KOs) was forced into a firefight against the hard-charging Santiago (16-2-5,7 KOs), who was making his first attempt at a world title. Santiago landed a flush combination on Ancajas’ jaw to end the second round, a sign that it would be a long evening for Ancajas.

It was the stiffest test of Ancajas’ two-year title reign, a closely contested affair with a number of razor-thin rounds.

“I still want all the champions at 115,” Ancajas said. “Nothing has changed.”

Almikhanuly said: “I felt very good in there. I’ll be back soon and perform even better.”

Ualikhanov said: “Everything went well tonight. It was a good experience. Hernandez was a tough guy who made me work hard every single round.”

Greer said: “I’ came here to make a statement, and I did. Nobody has ever stopped him that fast. I’m ready for anyone at 118 pounds. I’m the best. Watch out because ‘Don’t Blink’ is coming!”

* Right hand put Carlson down for the 10-count