Brewer’s nephew, Maurice Burke will make his pro debut when he takes on fellow debuter Brandon Bey in a four-round middleweight as part of a six-bout card  promoted by King’s Promotions at SugarHouse Casino.

Burke, also of Philadelphia is excited about the opportunity to follow in the family business.

“This is a dream come true.  It has been a long process going back to my amateur career.  I worked very hard for this moment.  I have prepared for everything, and my potential is unmatched i feel confident and strong,” said Burke, who had about 50 amateur fights.

“I have been in there with the best guys, and I fought in the Olympic Trials Qualifier. I won the State Title and everything.”

“I don’t feel any pressure following in my Uncle’s footsteps.  He was one of the 1st inspirations that made me want to compete, and it makes me want to be better.  It’s a beautiful thing that he will be in my corner and instill what he has to me.  It’s awesome that I have someone like him.  Someone that I can believe in.” 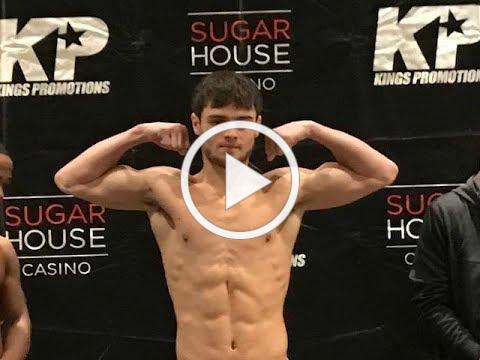 SugarHouse, which opened in September 2010 as Philly’s casino, features 1,891 slots, 103 table games, a 28-table poker room, fun and unique dining options, riverfront views and free on-site parking. The casino employs approximately 1,700 people, and for six consecutive years has been voted a “Best Place to Work” by the Philadelphia Business Journal and for five straight years a “Top Workplace” by Philly.com. For more information, visit http://www.sugarhousecasino.com.

For More information and credentials, Please contact: Marc Abrams at phillyboxing@gmail.com or 856 287 7611
Advertisement