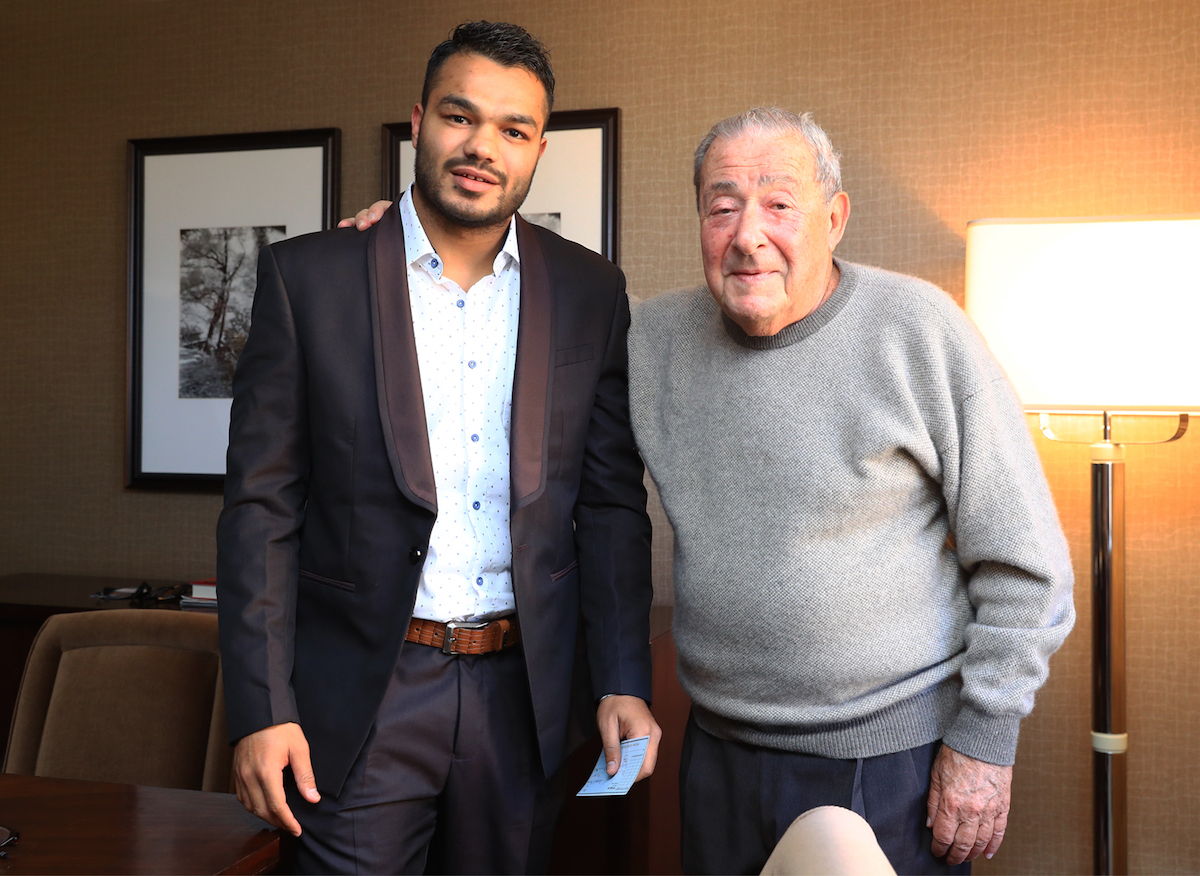 (Nov. 15, 2018) — Top Rank announced today it has signed the most decorated amateur boxer in Indian history, Vikas “The Indian Tank” Krishan, to a multi-year promotional agreement. Krishan, an Olympian in 2012 and 2016 and the only Indian fighter in history to capture gold medals at both the Asian and Commonwealth Games, is scheduled to make his professional debut on Jan. 18, 2019 at the Turning Stone Resort Casino in Verona, N.Y.

“Top Rank is the best promotional company in the world,” Krishan said. “I’m going to be a world champion as a pro. No Indian has ever done that before. When I win a title, I’m going to be more famous in India than the movie stars.”

“Vikas is a tremendous young man who we expect great things from,” said Top Rank CEO Bob Arum. “He is going to be our Indian Marvelous Marvin Hagler!”

“Before his first pro bout, he is already the best fighter in the history of India,” said David McWater, Krishan’s manager. “His accomplishments and charisma set him apart. We can’t wait to get started.”

Krishan, 26, is from Haryana, where he picked up the sport at the age of 10. He spent more than decade in the Indian amateur system and won a gold medal at the 2010 AIBA Youth World Boxing Championships. In 2012, at the London Olympics, he defeated current IBF welterweight champion Errol Spence Jr. via 13-11 decision, only for the decision to be controversially overturned five hours later due to various fouls Krishan committed during the bout.

In the 2016 Olympics, Krishan advanced to the quarterfinal round, defeating highly touted U.S. Olympian Charles Conwell in the Round of 32. Earlier this year, he won Commonwealth gold and a bronze medal at the Asian Games, becoming the first three-time Asian Games medalist in Indian history. As a pro, he is going to train with Wali Moses in Newark, N.J., and with the Indian National Team in Punjab, India.