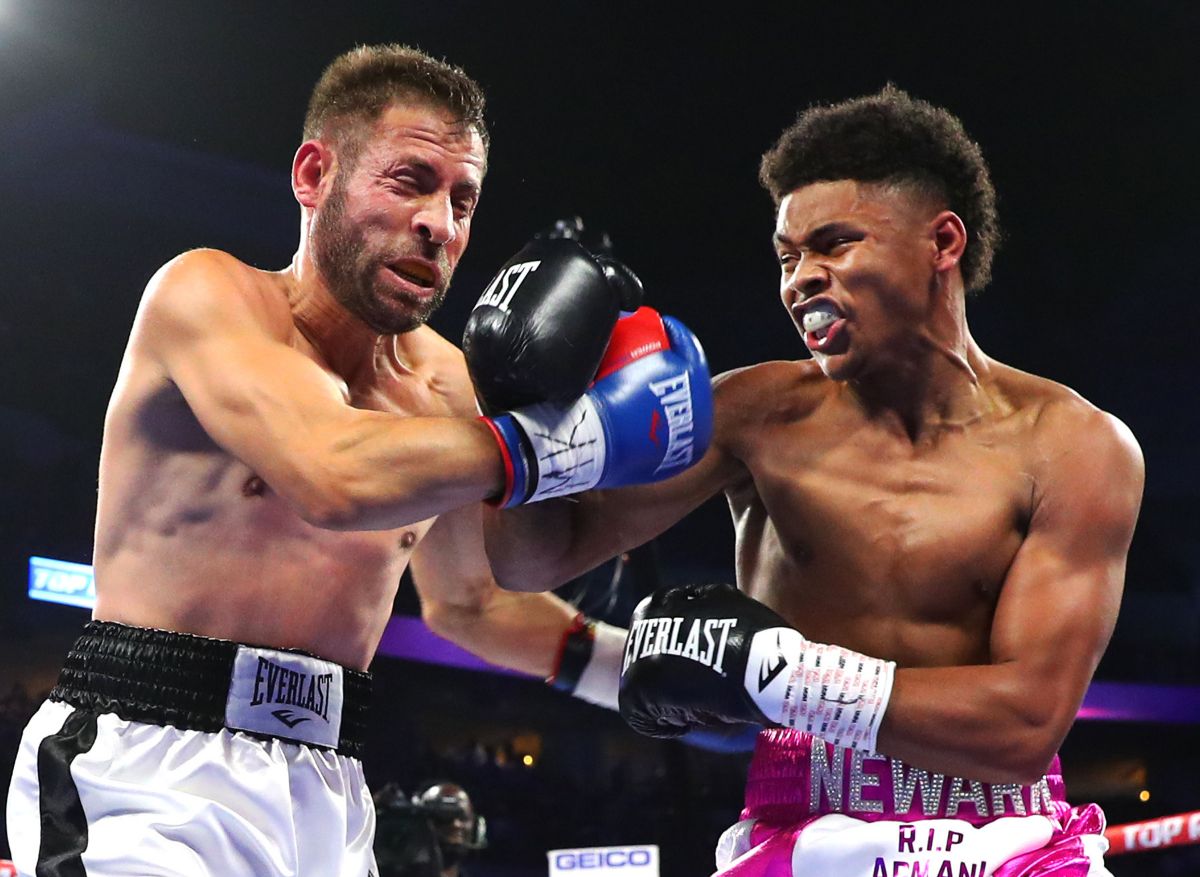 VERONA, N.Y. (Jan. 3, 2019) — Shakur Stevenson, the 21-year-old wunderkind who captured a silver medal for the United States at the 2016 Rio Olympics, will begin his 2019 campaign with his toughest professional bout to date.

Stevenson-Rosales will serve as the co-feature to the Bryant Jennings-Oscar Rivas heavyweight main event, both of which will stream live beginning at 9:30 p.m. on ESPN+ — the new multi-sport, direct-to-consumer subscription streaming service from The Walt Disney Company’s Direct-to-Consumer & International segment in conjunction with ESPN. The undercard, including the highly anticipated pro debut of former Indian amateur standout Vikas “The Indian Tank” Krishan, will also stream live on ESPN+ beginning at 6:30 p.m. ET.

Promoted by Top Rank, in association with Groupe Yvon Michel (GYM), tickets, priced at $79, $62, and $45, are available at the Turning Stone Resort Box Office by calling 315-361-7469 or online at Ticketmaster (www.ticketmaster.com).

“I am ready to fight the best featherweights in the world. 2019 is going to be a year to remember for me,” Stevenson said. “Rosales is a tough opponent, but he’s going to be no match for my speed and power.”

Rosales (22-1-1, 10 KOs), a 27-year-old native of Cebu City, Cebu, Philippines, will be making his U.S. debut against Stevenson. He is coming of a second-round KO victory in March against Ibrahim Balla (13-1 at the time) in Altona North, Victoria, Australia. The only blemish on his record came via second-round KO in 2017 to former two-division world champion Jhonny Gonzalez.

Krishan, the most highly decorated amateur in the history of Indian boxing, will take on Steven Andrade (3-3, 2 KOs) in a six-round super welterweight bout. A 26-year-old southpaw, Krishan represented his homeland at the 2012 and 2016 Olympics and became the only Indian fighter in history to capture gold medals at both the Asian and Commonwealth Games. He made headlines at the 2012 Olympics for defeating Errol Spence Jr., only for the Amateur International Boxing Association (AIBA) to overturn the result a few hours later because of fouls that Krishan committed during the match.

“I was an amateur for a very long time, and the time was finally right to turn pro,” Krishan said. I do not take this opportunity lightly, and I look forward to showcasing my skills to boxing fans from around the world. I also want to show that Indians are not only good in medical studies, but we know how to fight as well!”

Super welterweight contender Carlos “Caballo Bronco” Adames (15-0, 12 KOs) will take on the veteran Juan Ruiz (21-3, 13 KOs) in a fight scheduled for 10 or eight rounds. Adames is coming off a second-round destruction against Joshua Conley on the Terence Crawford-Jose Benavidez Jr. undercard Oct. 13 in Omaha, Neb.

Fazliddin Gaibnazarov (6-0, 3 KOs), who captured Olympic gold for his native Uzbekistan in 2016, will fight Ricardo Garcia (14-4-1, 9 KOs) in an eight-round super lightweight bout. Garcia has never been knocked out as a pro.

Heavyweight prospect Cassius Chaney (14-0, 8 KOs) will look to extend his KO streak to four against Michael Glasscox (6-2-2, 5 KOs) in a six-rounder.

About ESPN+
ESPN+, which surpassed one million paying subscribers in just five months, is the premium multi-sport, direct-to-consumer video service from The Walt Disney Company’s Direct-to-Consumer and International (DTCI) segment and ESPN. It offers fans thousands of additional live events, on-demand content and original programming not available on ESPN’s linear TV or digital networks, along with premium editorial content.

ESPN+ is an integrated part of the ESPN App, the leading sports app and the premier all-in-one digital sports platform for fans. The ESPN App is a showcase of the company’s culture of innovation, delivering a rich, personalized experience that curates all of ESPN’s content around each fan’s individual tastes. ESPN+ is also be available through ESPN.com.