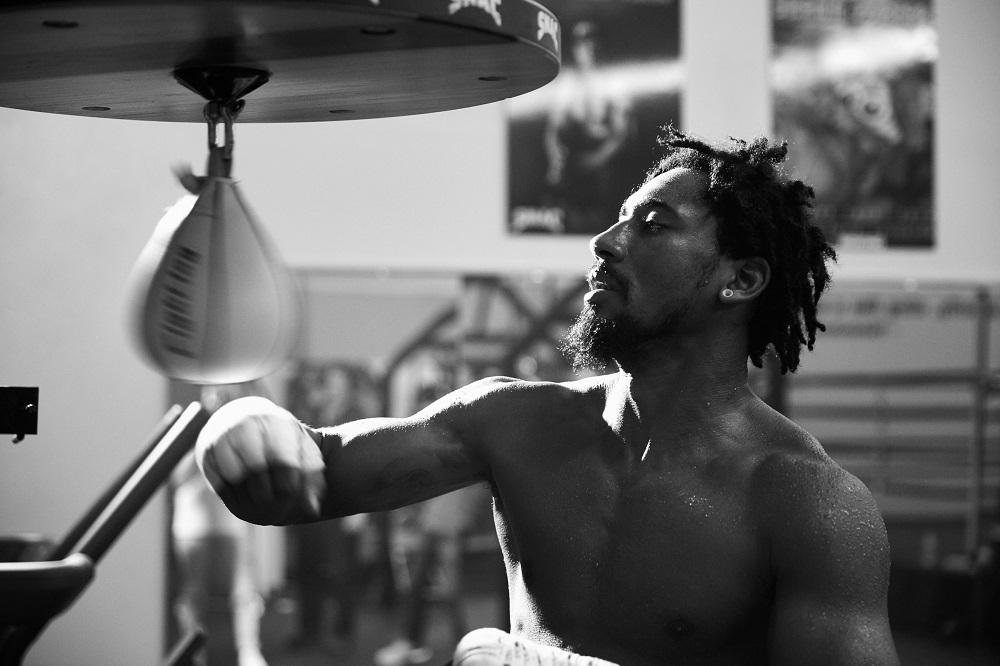 ANDRADE: I WILL PROVE I’M THE BEST AT MIDDLEWEIGHT IN 2019
WBO ruler targeting blockbuster showdowns after Akavov Jan 18 defense

Demetrius Andrade has vowed to dominate the Middleweight division in 2019 – starting with the first defense of his WBO World title against Artur Akavov on Friday January 18 at the Hulu Theater at Madison Square Garden, New York, live on DAZN in the US and on Sky Sports in the UK.

TICKETS ARE ON SALE NOW FROM WWW.MSG.COM – TICKETS START AT $46!

Andrade (26-0 16KOs) puts his WBO 160lb crown on the line for the first time against the Russian in New York, and the two-weight World ruler is eager to kick off 2019 with a bang having returned to the ring in style in 2018.

The Rhode Island star picked up the WBO crown with a commanding win over Walter Kautondokwa in Boston in October, flooring the undefeated African dangerman four times in the opening four rounds in his first fight in a year and his first title bout at 160lbs.

Andrade steps straight back into action and face-to-face with the ‘Wolverine’ Akavov (19-2 8KOs), who fights for the strap for the second time having ran previous incumbent Billy Joe Saunders close for the belt December 2016 in Glasgow.

‘Boo Boo’ knows that Akavov will put it all on the line in the Big Apple, but the champion wants to lay down a marker as the first of the Middleweight World champions to fight in 2019 – and he plans to prove that he will emerge as the top dog in a talent-heavy division with Canelo Alvarez, Daniel Jacobs, Gennady Golovkin, Jermall Charlo and Saunders amongst the huge names there for big fights.

“I’m out there trying to fight the undefeated guys, the champions, that’s what I want,” said Andrade. “I get in there with anyone at 160lbs – and I beat them all. It’s the time for the elite to fight each in 2019, people want to see me fight the big names and I want them.

“It’s going to happen, I am here, I’ve got the World title and I want the best. Akavov is coming to New York to take that title from me so I know that I have to be on my game as he’s a dangerous man, but trust me, when I shine on January 18, we’re going for all the big names next.

“My first fight was meant to be Saunders – an undefeated champion – and then I beat another undefeated fighter to win the title. That’s what I am about and that’s what I want my year to be, champion vs. champion, Demetrius Andrade vs. the best out there.”

Andrade clashes with Akavov on a huge night of action in New York, with a second World title bout on the card sees Amanda Serrano (35-1-1 26KOs) gunning for history as she looks to land World honors in an extraordinary seventh weight class as she meets WBC and IBF World Super-Flyweight champion Eva Voraberger (24-5 11KOs) – the Austrian tasked with stopping Serrano’s bid for glory.

Former World Lightweight ruler Jorge Linares continues his comeback trail on the card when he meets Pablo Cesar Cano. Linares’ (45-4 28KOs) reign as WBA and Ring Magazine champion was ended in an epic clash with pound-for-pound star Vasily Lomachenko at Madison Square Garden in May, with Linares felling the Ukrainian star in the sixth before being stopped four rounds later.

Linares returned to winning ways in September with a third round stoppage win over Abner Cotto in September in California and starts 2019 with his 50th pro fight against Cano (31-7-1 21KOs), the Mexican former World title challenger who landed the WBC International Silver strap in his last outing in September – and Linares is joined by fellow Golden Boy Boxing star Alexis Rocha (12-0 8KOs), the 21 year old Welterweight talent ready to begin his charge for titles in 2019.

Former World Super-Lightweight champion Chris Algieri (22-3 8KOs) made his return from two years out of the ring in November with a ten round win in Huntington, Long Island, and the 34 year old faces fellow New Yorker Danny Gonzalez (17-1-1 7KOs) in his second bout back, with the carrot of major fights later in the year dangling in front of Algieri.

One of Matchroom Boxing USA’s rising stars tastes his first action in 2019 on the card as Reshat Mati (2-0 1KO) returns to the scene of his last outing in October where the ‘Albanian Bear’ went the four round distance in his second fight.