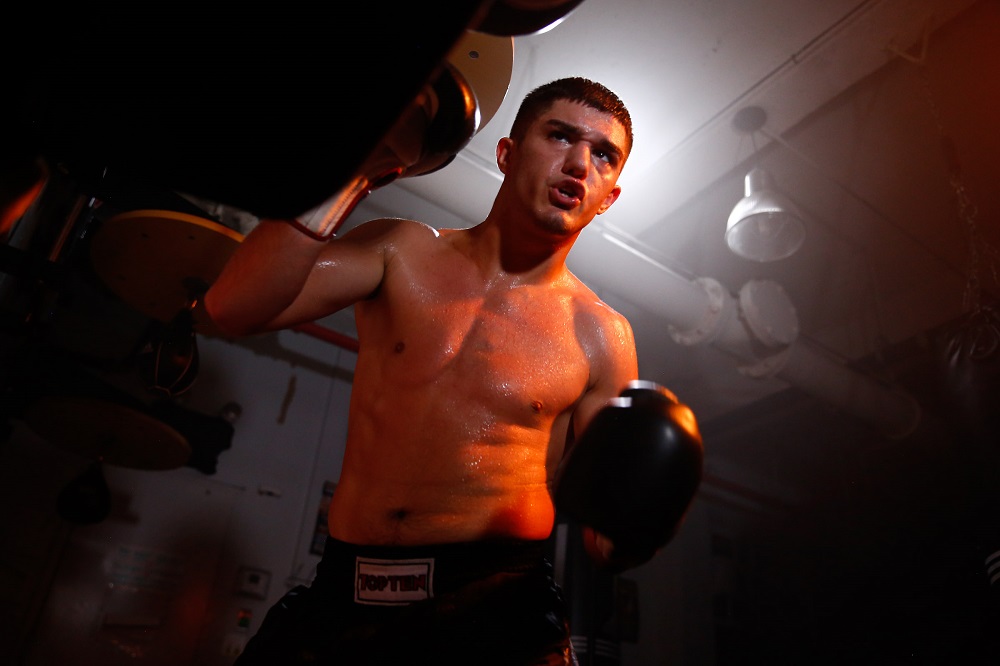 MATI: I WANT TO BUILD A HUGE NEW YORK FANBASE
‘Albanian Bear’ ‘thrilled’ to kick off 2019 in the Big Apple

Reshat Mati wants to turn his New York hometown into a fortress as he prepares for to fight for the third time as a pro on Friday January 18 at the Hulu Theater at Madison Square Garden in New York, live on DAZN in the US and on Sky Sports in the UK.

TICKETS ARE ON SALE NOW FROM WWW.MSG.COM – TICKETS START AT $46!

Mati had feverish support from his fans at the Theater when he moved to 2-0 in October, adding a knockdown to his shutout four round win over Juan Carlos Sepulveda, having stopped Adan Ahumada in three rounds earlier in the month on debut in Chicago.

The former amateur sensation is expecting a busy year as he banks experience in and out of the ring, and while the 20 year old hopes to be on plenty of Matchroom Boxing USA bills across the USA, New York is the place he wants to fight regularly in front of his growing fanbase.

“Making my home debut was so cool – I really want to build something special in New York,” said Mati. “I sold lots of ticket in Chicago and then even more in New York – all the Albanian flags in the crowd looked awesome and I think I put on a good display for them, and I’m thrilled to be starting 2019 back at the same brilliant venue.

“I’m not being cocky, but I’ve already got a really good fan base and I get a lot of them at my fights, and I want to grow that. I want people to see my name on the posters and say ‘I want to watch Reshat Mati’ – that’s my goal, to put on a great show and get lots of fans. But I can fight too, I’m not just a ticket-seller, I have goals in this sport and that’s to reach the top.

“I’m impatient to do it. I know that I have a lot of learning to do but I’m in the right place and I have a great team behind me, so I know I am going to be really active and will learn quickly in the ring and the gym.

“The start of my pro career has been great. It’s a dream come true to be a pro boxer, but my work ethic hasn’t changed, I’ve always trained as hard as I can and leave no stone unturned in the gym – that’s always going to be the way I approach my work.”

Mati’s third fight in the paid ranks is part of a huge night of action in New York as Demetrius Andrade defends his WBO World Middleweight title for the first time against Russian Artur Akavov.

A second World title bout on the card sees Amanda Serrano (35-1-1 26KOs) gunning for history as she looks to land World honors in an extraordinary seventh weight class as she meets WBC and IBF World Super-Flyweight champion Eva Voraberger (24-5 11KOs) – the Austrian tasked with stopping Serrano’s bid for glory.

Former World Lightweight ruler Jorge Linares continues his comeback trail on the card when he meets Pablo Cesar Cano. Linares’ (45-4 28KOs) reign as WBA and Ring Magazine champion was ended in an epic clash with pound-for-pound star Vasily Lomachenko at Madison Square Garden in May, with Linares felling the Ukrainian star in the sixth before being stopped four rounds later.

Linares returned to winning ways in September with a third round stoppage win over Abner Cotto in September in California and starts 2019 with his 50th pro fight against Cano (31-7-1 21KOs), the Mexican former World title challenger who landed the WBC International Silver strap in his last outing in September – and Linares is joined by fellow Golden Boy Boxing star Alexis Rocha (12-0 8KOs), the 21 year old Welterweight talent ready to begin his charge for titles in 2019.

Tickets for January 18 are on sale now priced from $46 (including booking fee) – tickets are available from http://www.MSG.com