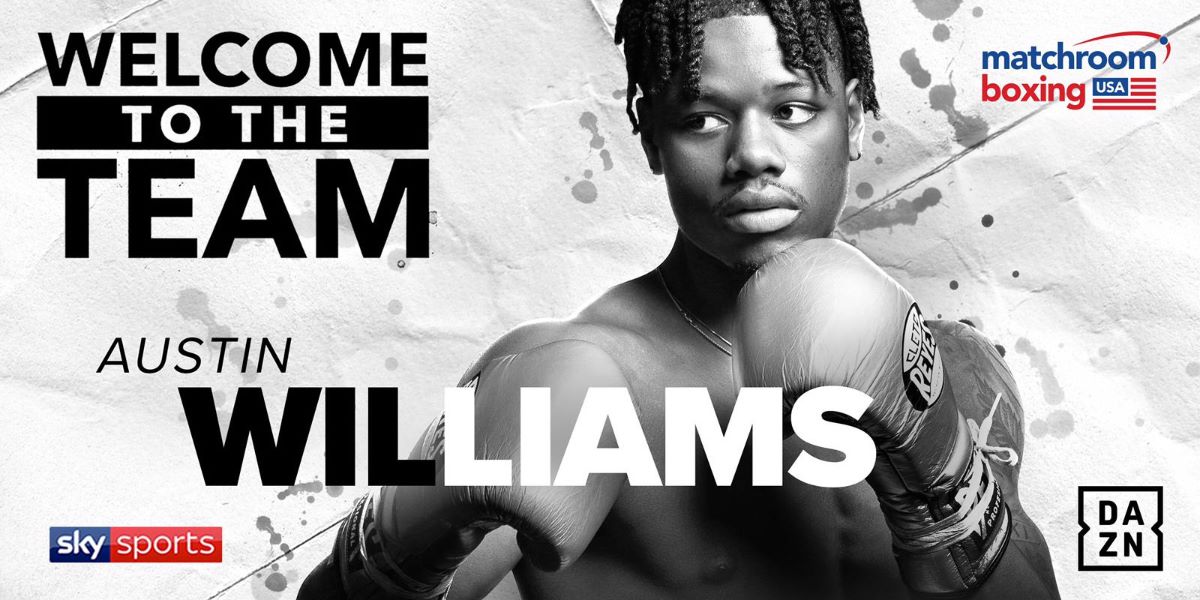 Williams’ will campaign at Middleweight with an eye on dropping to Super-Welterweight and his debut will be announced shortly, with fighter, promoter and manager excited to start the journey.

“My goal is to be the greatest, most influential fighter of all time!” said Williams. “Eddie Hearn noticed my talent and provided me the platform needed to make this a reality – for that I am forever thankful and I cannot wait to strut my stuff live on DAZN.”

“I’m delighted to welcome Austin ‘Ammo’ Williams to the Matchroom Boxing USA team,” said promoter Eddie Hearn. “Ammo is one of the most exciting young amateur fighters I have seen and in just 47 amateur fights has established himself at #1 in his weight class.

“He is a huge puncher and has all the attributes to be a star in the sport. We look forward to keeping him nice and busy why he learns his trade all around the world.

“We are assembling the strongest young team of fighters in America and I’m excited to watch them all grow live on DAZN at home and in the UK on Sky Sports.”

“Austin Williams possesses all the qualities you want in a fighter” said Sam Katkovski from Churchill Management. “Beyond his viciousness in the ring, he will amaze fans with his personality and quickly become must see tv. We at Churchill are excited to partner with Matchroom Boxing USA to begin his career journey.”