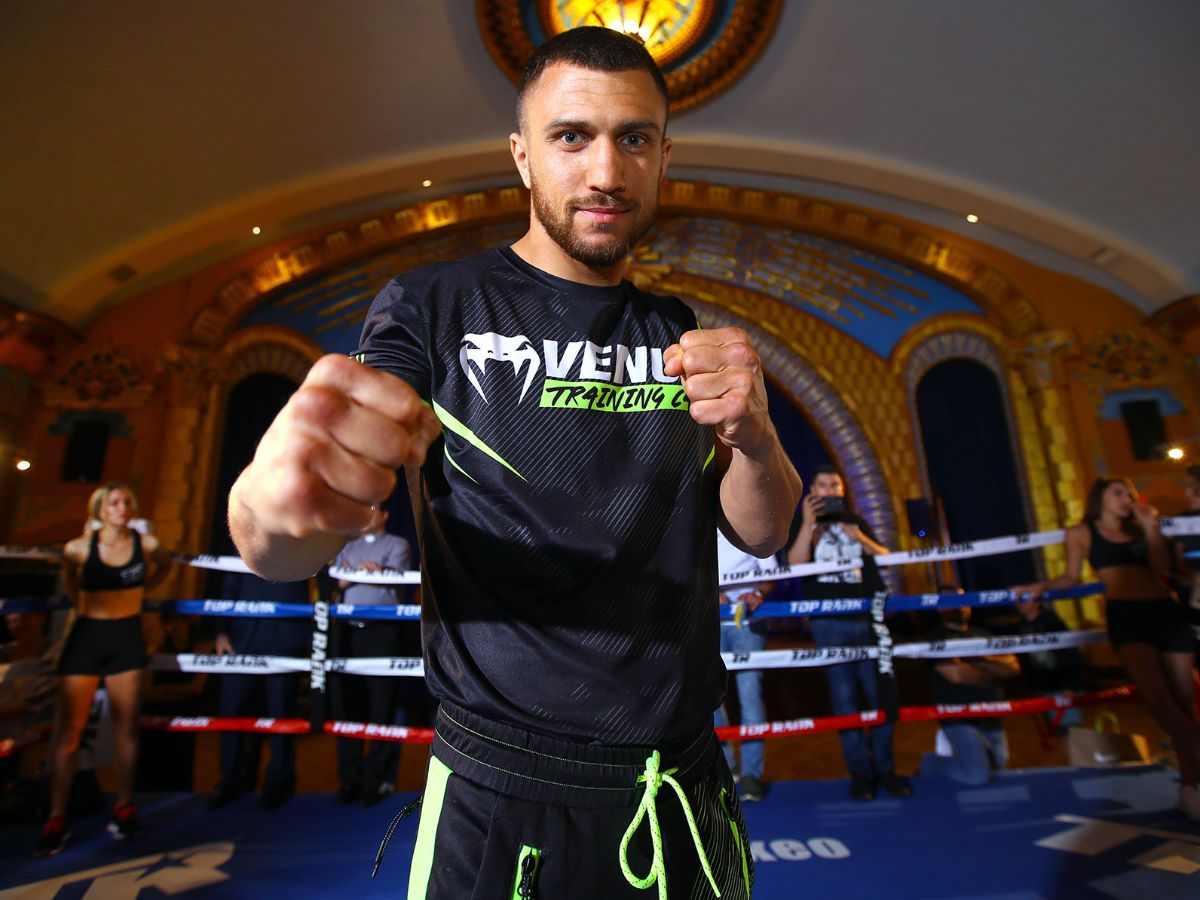 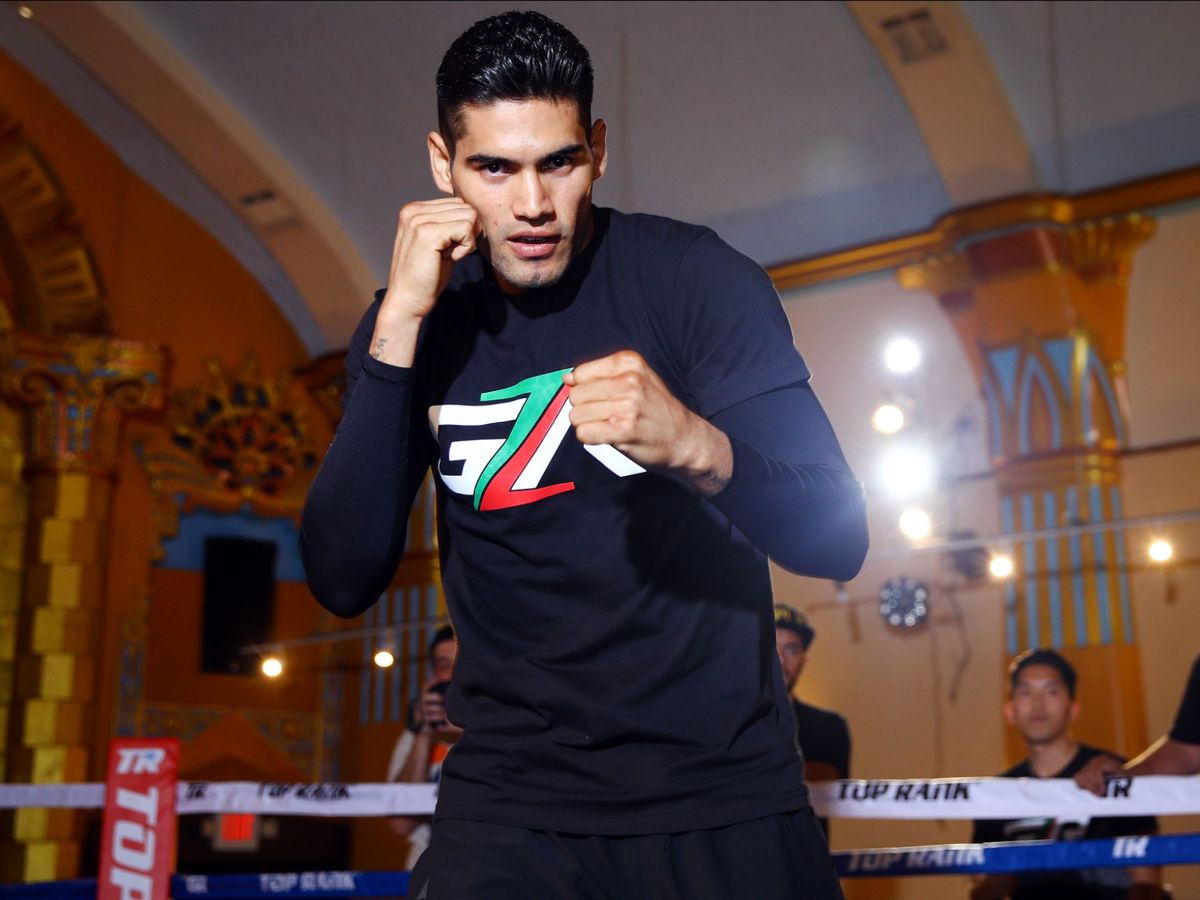 For the first time as a professional, Lomachenko will headline a STAPLES Center card, a short drive from his United States training base in Ventura County.

Lomachenko will defend his world titles against the hard-charging Anthony Crolla (34-6-3, 13 KOs), while longtime WBO super middleweight champion Gilberto “Zurdo” Ramirez (39-0, 25 KOs) will dip his toe in the light heavyweight waters versus veteran Tommy Karpency (29-6-1, 18 KOs) in the 10-round co-feature.

Three days before taking center stage at STAPLES Center, this is what the fighters had to say.

“I anticipate a good and entertaining fight. I want to enjoy {myself} during the fight. All of my fights, I have enjoyed.”

“Before the fight, you’re nervous a little bit, but when you step in the ring, it’s your place. You step into your house, relax and enjoy the fight.”

On headlining in Los Angeles

“On April 12, I am going to show my best style and give the fans a great show. I am excited to fight at STAPLES Center. The fans in Los Angeles are special and appreciate my boxing style.”

On a potential Mikey Garcia fight

“My goal is to unify all the titles. If it’s {IBF champion Richard} Commey later this year, that would be a great fight. Any champion, I would want to fight. I want IBF and WBC belts. I want to go down in history as a great champion.”

“It’s been a long camp and the hardest of my career, physically and mentally, but I am in a great place and I’m raring to go.”

“He’s seen by many as the best fighter on the planet and I know that I have a huge challenge ahead of me, but these are the kinds of fights that I got into the sport for at the age of 10. I’ve dreamt about nights like this and it’s almost time.”

“He’s a very unique fighter, his movement is exceptional and he creates great angles. You can see what all the praise is about. He’s one of the greatest amateurs ever and he’s taken that into the pro ranks. It’s unbelievable what he’s done in a short space of time in the pros, but I am here not just to test myself against the very best but to give it everything I have to shock the world.”

“People aren’t giving me a chance, but that doesn’t matter to me. Everyone is entitled to their own opinion. The motivation to me is attaching my name to one of the biggest upsets in British boxing history, without a doubt, and I don’t think I’m speaking out of turn there. As a boxing fan and someone that lives and breathes the sport, that’s all the motivation I need. I’ve been the underdog all throughout my career and I know that this is by far the biggest challenge I’ve faced, but it’s one I can’t wait to get stuck into.”

“I’ve boxed at the elite level before, I’ve been boxing at the world title level for years and I’ve earned this shot, it’s not been given to me. I know that I have to pull off something massive, but I do belong at this level and I’ll prove it. I won’t be in awe. I’ve worked far too hard to let that happen and I am confident. It’s just me and him in the ring. Like any sport you need that little bit of luck, but I have worked immensely hard to get as lucky as I can, but we’re going in with a good game plan and I cannot be better prepared.”

“It had become more difficult for me to make 168 pounds. I spent most of my career at that weight and my body was maturing. I’d return to super middleweight if there was a really big fight available to me, like Canelo or Golovkin.”

On working with new trainers Julian Chua and Joel Flores

“I have changed my entire team. This is a new beginning for me. Julian and Joel have brought a new element to my game. and the result of this training will show on April 12.”

“This is a great fight for me on a great stage like the STAPLES Center and against a warrior like Mike Alvarado. He is a great fighter, but I come well prepared and ready to win this fight.”

On the irony of being the veteran fighting the young contender

“I was thinking about that the other day. I was fighting Cesar Bazan on the Margarito-Cotto 1 undercard in Las Vegas. I was like, “This guy is hungry.’ I knew then and there that I have to be more focused and dial in with my technique.”

On what he expects from Barboza

“It means a lot. I know in my heart that I’m ready for it. I deserve it. I’ve won six in a row, and I’ve earned my way back to this level. This fight will solidify that I’m ready to be a world champion again.”

“I am the WBA’s top contender, and I want a title shot soon. This is a great opportunity for me on a big card to show everyone why I am a top welterweight. After I win this fight, I want all the big names. The time for me is now.”

“I am not overlooking Alfredo Blanco. He has won four fights in a row and views me as his shot tochip earn a top world ranking.”

“I hope to see my Russian fans at STAPLES Center on Friday. It’s been a long time since I’ve fought in Los Angeles. Los Angeles has some of the greatest fans in the world, and I want to put on a show for them.”