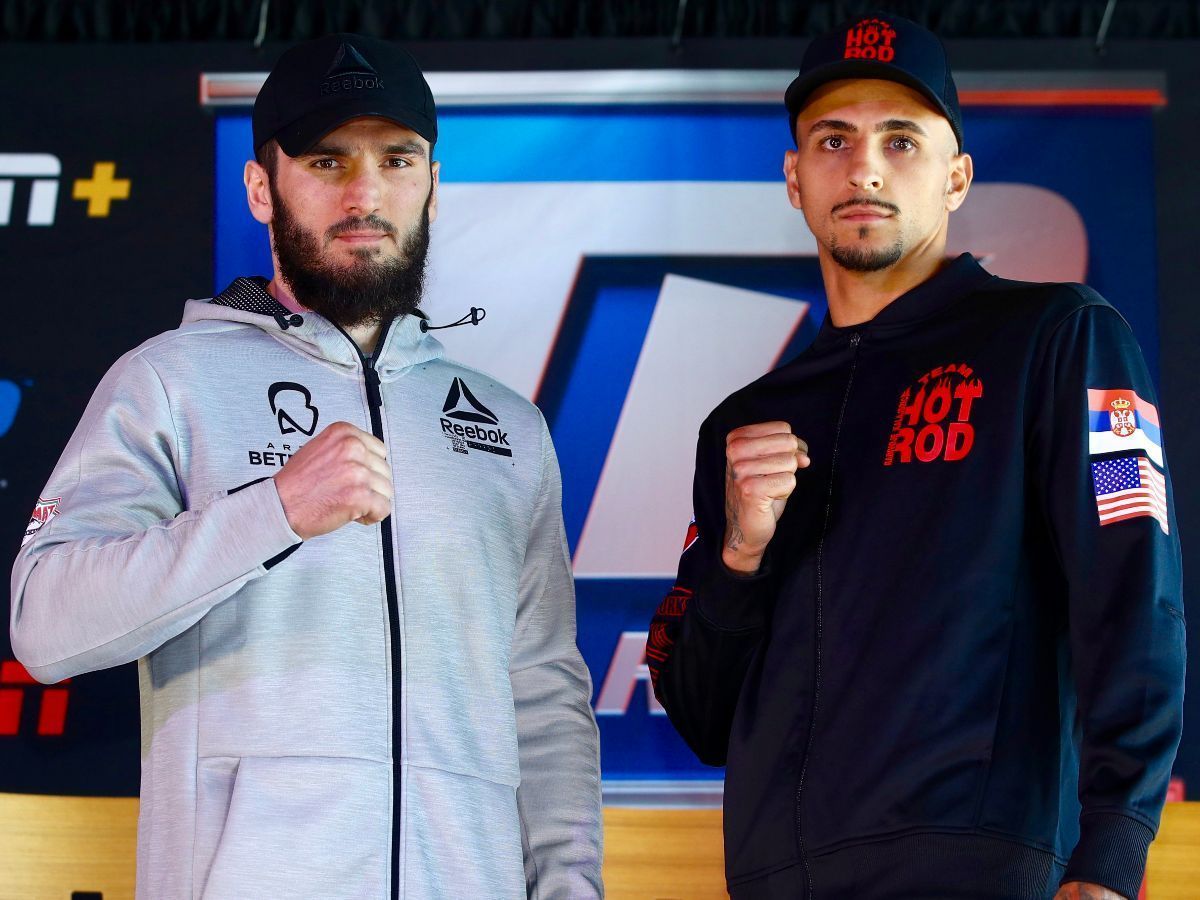 Flores and his adviser, Rick Mirigian, did not want this event to pass without giving back. They awarded a local high school senior, Sherwood Ruffin-Turner, with a scholarship check to assist with his collegiate studies. Ruffin-Turner is a straight-A student who works two jobs and dreams of becoming an immigration attorney.

This is what the fighters had to say.

“My preparation was excellent. I want to thank my new promoter, Top Rank, for this opportunity. I look forward to showing the American fans my talent, and I am glad to be fighting in such a great light heavyweight division.”

“I have a great opponent on Saturday night, but of course, I want to unify the titles. There are many great light heavyweights, and as a fighter, I want to test myself against the best. I want to be No. 1 in the division.”

“About two years ago, I quit boxing. I had a really bad injury, got a job and went up to 225 pounds. Mentally, physically, I was done. Then, I had this procedure, stem cells, and over time it did a miracle. Look at me now. I’m on ESPN fighting for a world title. Life is great.”

On his reaction when he was offered the fight

“I tuned some things up, and you guys will see on Saturday night.”

“My last fight – my sixth title defense against Alejandro Santiago Barrios – was a hard fight for me. This will be my seventh title defense. We are confident, but we respect the challenge in front of us. Funai is a good, tough fighter.”

On what he hopes to show this Saturday

“The last time I fought, I was not happy with the result. For this fight, we did some different things in training to prepare 100 percent for the challenge in front of us. We prepared for all different types of styles, which will help me adjust as the fight goes on. My sparring partners were excellent, and you will see the result of that training on Saturday night.”

On his first world title shot

“I am extremely excited to put on a great performance. I have a strong heart, and I will be aggressive. I thank Ancajas for the opportunity, but I am here to become the new champion.”

“I see him as a very talented fighter who can do many different things in the ring. It is my job to make his job more difficult.”

“Since I was in elementary school, since I was an amateur, I always looked at this beautiful arena with a dream of fighting here. I was born and raised in Stockton, California. I’ve never lived in any other city. I had tough times here, but I love my city. I lost my mom, I lost an uncle. So, I’ve been through a lot, and I’ve overcome it. I just want to fight in my city, so come May 4, there’s going to be a lot of kids in attendance, a lot of parents, the whole community. They’re going to see me do something great, which is go after my dreams. I’m becoming successful. I’m going after my dreams. They’re going to see that they have a lot of opportunities out there. They’re not limited. They’re in this city and they can stay hungry and fight for what they want.”

“I’m ready. I’ve seen his tape. I see what he’s going to try and do. When I go in there, my boxing IQ is high. It’s definitely something he hasn’t seen before. I’ve fought in national and international tournaments {as an amateur}. I’ve seen every style.”

“Gabriel has come a long way to put this many people in this building. It’s no small achievement. We have a big world championship night of boxing, and there will be a full house come Saturday night.”

Promoted by Top Rank, remaining tickets priced at $175, $100, $65, $40, and $25 are on sale now and can be purchased online via Ticketmaster.com or at the Stockton Arena Ticket Office Monday-Friday from 10 a.m.-4 p.m. and beginning three hours prior to event time on event days.