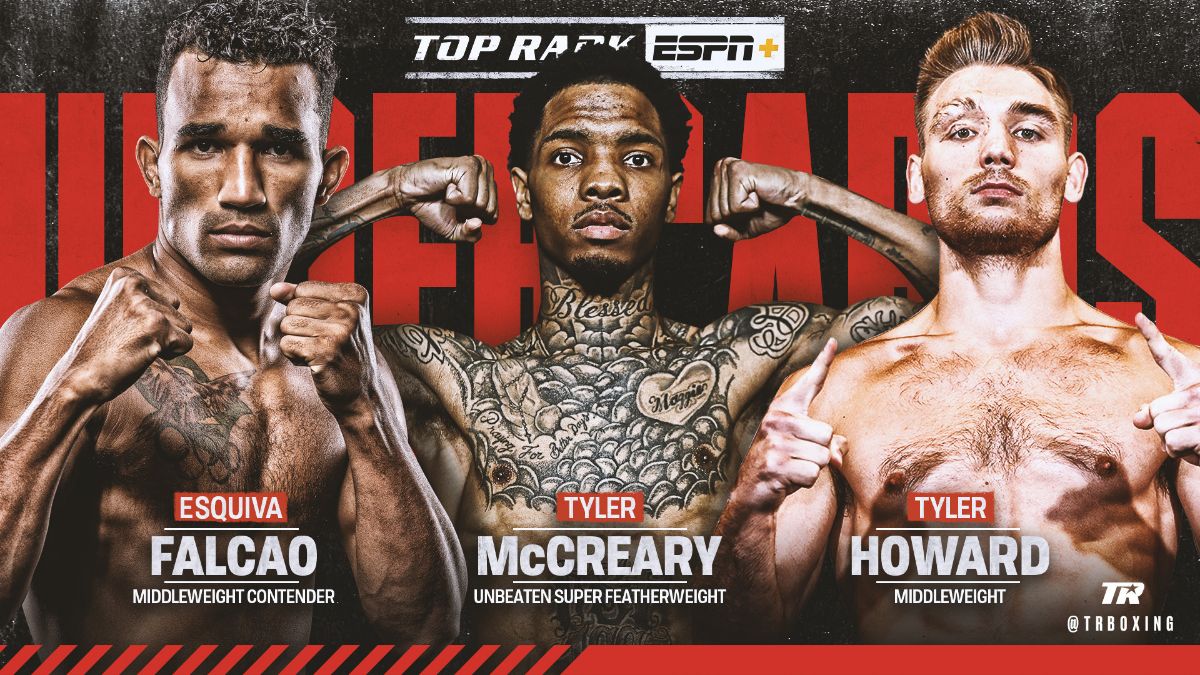 OXON HILL, Md. (July 11, 2019) — The fighting pride of Brazil, middleweight contender Esquiva “La Pantera” Falcao, has a world title shot on his mind. The next step for the 2012 Olympic silver medalist is Jesus Antonio Gutierrez in a 10-round showdown Friday, July 19 at MGM National Harbor.

The evening will be topped by a pair of IBF world title eliminators — lightweight Teofimo Lopez versus Masayoshi Nakatani and junior welterweight Maxim Dadashev versus Subriel Matias — that will stream live on ESPN+ starting at 10 p.m. ET/7 p.m. PT.

“This is a great opportunity for me to showcase my skills,” Falcao said. “Nobody has seen the best of me yet, and I am working hard with Robert Garcia to improve my craft. I look at all of the middleweights out there, and I know I can compete with any of them. I fought on the biggest stage as an amateur. I will thrive when I am given that opportunity as a professional.”

Falcao (23-0, 15 KOs) turned pro in February 2014 following a storied amateur career that included an excruciatingly close 14-13 decision loss to Ryota Murata in the 2012 Olympic gold medal match (75 kilograms). A natural righty who fights as a southpaw, Falcao is a classic boxer-puncher who has never come close to tasting defeat in the paid ranks. After winning three bouts in 2018, including a pair of first-round stoppages, Falcao returned home to Brazil for the first time as a pro on March 31, shutting out veteran Jorge Daniel Miranda over 10 rounds. Gutierrez (25-3-2, 12 KOs), from Tijuana, Mexico, is an eight-year pro who is looking to rebound from a knockout loss to Steven Butler last November in Canada. Prior to the Butler defeat, Gutierrez had been on a six-bout unbeaten streak dating back to June 2016.

Promoted by Top Rank, tickets priced at $100, $75, $50 and $25 (not including applicable fees) are on sale now and can be purchased online at ticketmaster.com or in person at the MGM National Harbor.

Use the hashtag #LopezNakatani to join the conversation on social media.