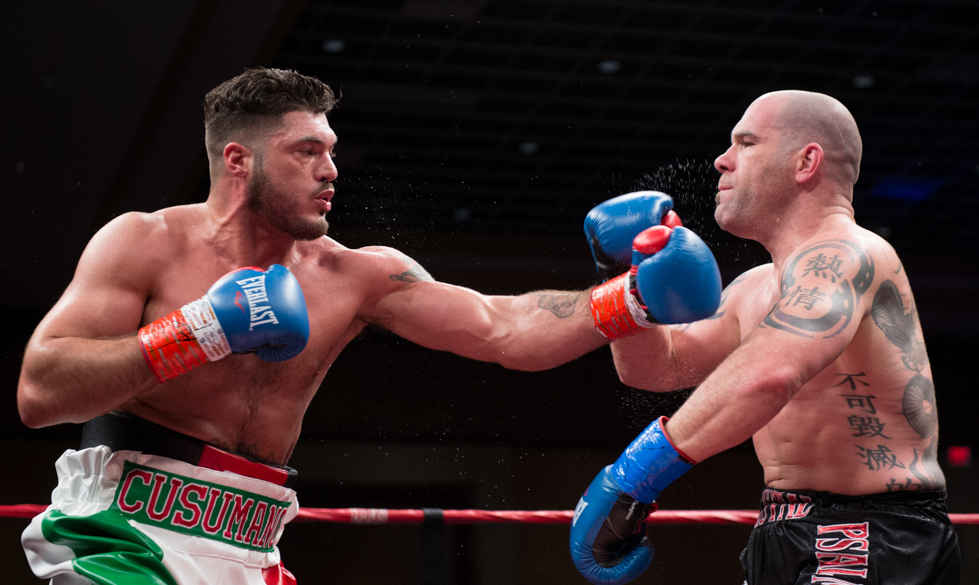 RED-HOT HEAVYWEIGHT Juiseppe Cusumano, left, fights for the vacant WBC USNBC title Friday, Aug. 9 in an intriguing showdown against Massachusetts vet Steve Vukosa in the main event of CES Boxing’s summer-ending bash at Twin River Casino Hotel in Lincoln, RI. Cusumano has won three in a row and 16 of his last 18 bouts. Vukosa, now 11-1, returned from a five-year layoff in July with a win over Justin Rolfe in New Hampshire. 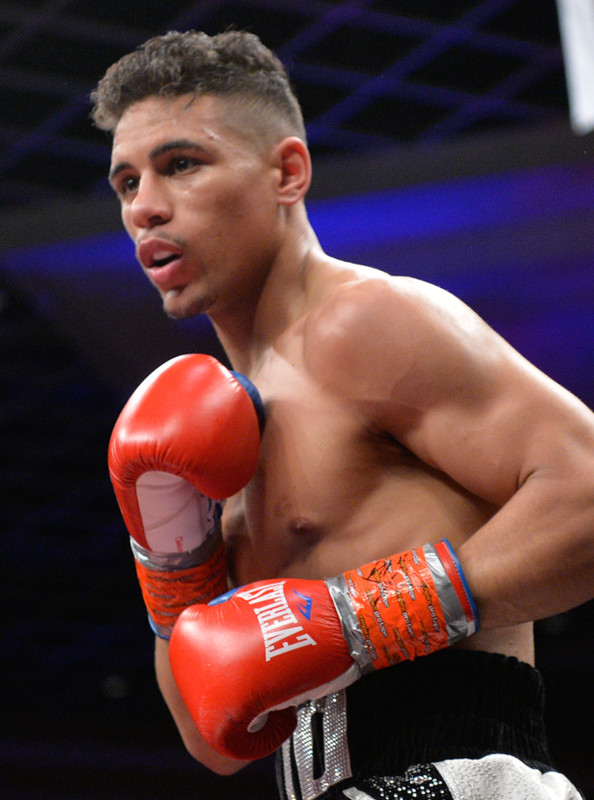 Reigning NBA Heavyweight World Champion Juiseppe Cusumano (18-2, 16 KOs) of Sicily looks to add another belt to his collection when he battles “The Gentle Giant” Steve Vukosa (11-1, 4 KOs) of nearby Quincy, MA, in the eight-round main event for the vacant WBC USNBC crown.

Tickets for the Aug. 9 fight card begin at $47 and are available online at www.cesboxing.com or www.showclix.com. Doors open at 6 p.m. ET and the first fight begins at 7.

“On Aug. 9, we’re showcasing two peak performers at the top of their game in what will be the event of the summer!” said CES Boxing president Jimmy Burchfield Sr. “Juiseppe Cusumano and Jamaine Ortiz belong on the sport’s biggest stage and we’re thrilled to deliver two competitive bouts at Twin River Casino Hotel, New England’s premier boxing venue.

“The last time these two stepped into the ring on the same night, we sold the arena out and we intend to do the same next Friday.”

Even with a stacked undercard, next weekend’s headliners will be tough to match. Cusumano enters fresh off a thrilling win over Brendan Barrett in February, earning the victory via sixth-round knockout. He has now won three in a row and 16 out of 17 dating back to 2012 with 14 of those wins coming by knockout as he continues to climb the ladder in the wide-open heavyweight division, a weight class officially put on notice with Andy Ruiz Jr. unseating title-holder Anthony Joshua in June.

An accomplished amateur, Vukosa returns following a comeback bout in July, which ended a four-year layoff. The slick, 6-foot-4 southpaw formerly trained under Freddie Roach at the famed Wild Card Boxing Gym in Los Angeles before a knee injury derailed his career. He came back in 2014 after 12 years away from boxing and dethroned former Olympian Jason Estrada before earning a spot on the short-lived ESPN Boxcino Tournament, where he battled Donovan Dennis.

The WBC USNBC title has been held by some of the best heavyweights in boxing, past and present, including world-title challengers Chris Arreola and Eric Molina, former world champion Bermane Stiverne, and “Baby” Joe Mesi, a contender under the guidance of CES Boxing who captured the belt at Twin River with a win over Shannon Miller in 2007.

There’s not much that hasn’t been said already about the ever-improving Ortiz, who followed up his masterpiece against previously-unbeaten Ricardo Quiroz in February with a crushing first-round knockout win over Vitor Jones in April. As the accolades continue to pour in, Ortiz keeps pushing himself to the limit, stepping up again next week against the dangerous, relatively unknown Couture, who makes his U.S. debut after launching his career on foreign soil. Couture has won five in a row since a draw in October of 2017.

Another red-hot fighter, Marqus Bates (7-2, 5 KOs) of Taunton, MA, aims for his sixth consecutive win in an intriguing six-round welterweight bout against well-traveled Lancaster, PA, vet Evincii Dixon (8-23-2, 3 KOs), who fights for the 34th time in six years and returns to Rhode Island for the first time since 2013.

Bates has gone on a tear of late, stopping Connecticut’s Jair Ramos in February and then handing Wilfredo Pagan of Massachusetts his first career loss via knockout. Dixon become a fixture in New England in 2013 when he battled CES stablemates Nick DeLomba, Christian Lao and Jimmy Williams in consecutive bouts and makes his way back to the Ocean State following what might be his most impressive win, a second-round knockout over previously-unbeaten Philadelphia native Marcel Rivers in June.