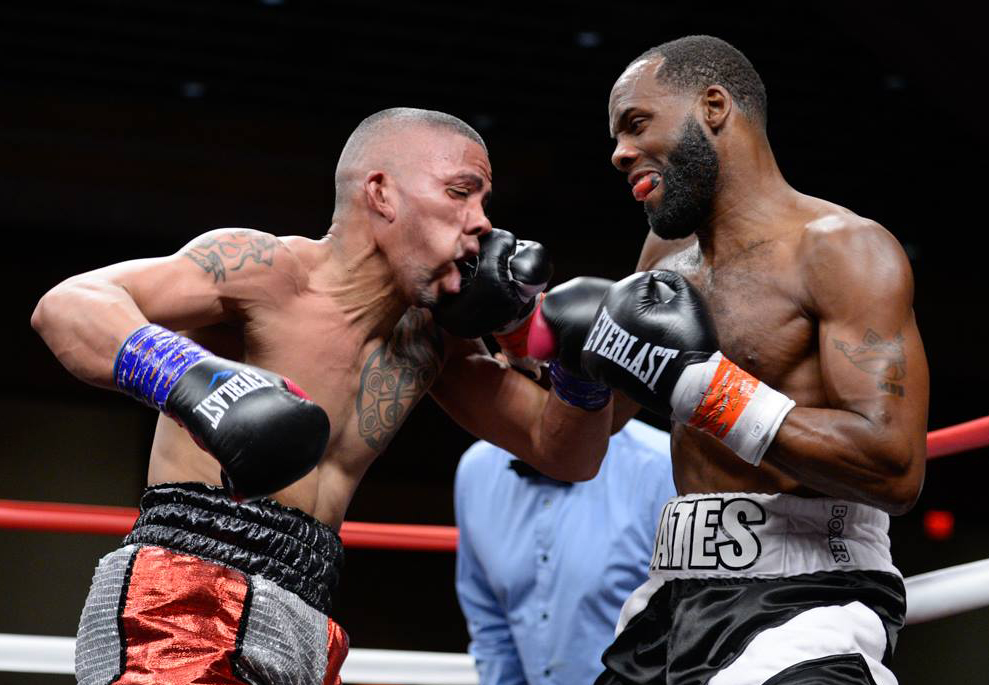 WELTERWEIGHT MARQUS BATES, right, enters next Friday’s bout at Twin River Casino Hotel in Lincoln, RI, with a five-fight win streak under his belt as he faces the savvy veteran Evincii Dixon of Lancaster, PA. Dixon fights for the 34th time since turning pro in 2013. Bates his stepped his game in camp by sparring against some of New England’s top fighter. His six-round battle with Dixon could be the showstopper on a fight card that also features the return of Jamaine Ortiz and Juiseppe Cusumano. 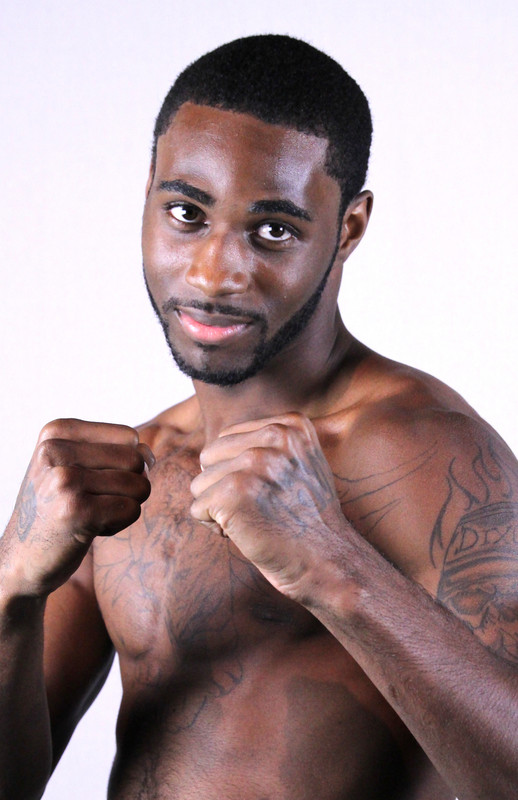 LANCASTER’S EVINCII DIXON is no stranger to New England, having fought in this region eight times over the past six years. On Aug. 9, he returns to Twin River Casino Hotel in Lincoln, RI, for the first time since 2013 in a six-round bout against Marqus Bates.

Lincoln, RI (Aug. 2, 2019) — Marqus Bates is abiding by the philosophy that you no longer have to beat the best in order to be the best, you should probably train with the best, too.

The red-hot welterweight from Taunton, MA, aims for his sixth consecutive win next Friday on Aug. 9 at Twin River Casino Hotel when he faces 33-fight vet Evincii Dixon (8-23-2, 3 KOs) of Lancaster, PA, in one of nine bouts on CES Boxing’s stacked fight card at the Event Center.

To prepare for what he expects to be his toughest challenge, Bates (7-2, 5 KOs) has challenged himself during this training camp with some of the best sparring in New England, trading blows with regional standouts Irvin Gonzalez and Toka Kahn along with North Carolina’s Damon Towns, all of whom are preparing for upcoming bouts. The 26-2 Kahn, a Providence, RI, actually faces Gonzalez Aug. 29 in Connecticut. The experience has been beneficial for Bates, who continues to look for ways to improve despite his recent hot streak.

“I felt like it was definitely time to step it up,” Bates said. “When you’re sparring with someone like Toka, you have no choice but to get better. His hand speed, power and smarts in the ring is amazing, so if you think you’re catching on to him, think again, because then he’s doing something else.

“It’s a constant learning experience. Irvin, he’s strong, smart and fast, and Damon has incredible hand speed. To be able to get in the ring with these three was a blessing. It’s not something I’ve been used to. They definitely keep me on my toes and pushed me to get better.”

Tickets for Aug. 9 begin at $47 and are available online at www.cesboxing.com or www.showclix.com. Doors open at 6 p.m. ET and the first fight begins at 7.

Bates expects his hard work to pay off next Friday when he faces the well-traveled Dixon, arguably his toughest opponent to date despite Dixon’s record. Bates doesn’t pay attention to the numbers, noting that Dixon has consistently faced the best the sport has to offer between 140 and 147 pounds and is coming off a big upset win over previously-unbeaten Philadelphia prospect Marcel Rivers in June, a fight in which Dixon sent his opponent to the canvas three times in the second round before the referee waved it off.

Like Bates, Dixon is recharged heading into this fight, reuniting with his original coach Anthony Key, who brought Dixon to New England in 2013 to face CES stablemates Nick DeLomba, Christian Lao and Jimmy Williams in consecutive bouts.

“His record doesn’t matched how good he is,” Bates said of Dixon. “From what little tape I’ve watched of him, he’s a great fighter. This is something I need. I need to be able to step up and take this to the next level. I take nothing from him, and I don’t underestimate him. I’m coming ready to fight.”

The same could be said for Bates, who has turned a corner since his disputed loss to Travis Demko, winning his next five bouts, including three by knockout. He stopped Connecticut’s Jair Ramos in February and then handed Wilfredo Pagan of Massachusetts his first career loss via knockout. The sudden surge in power, he said, stems from his improved patience, which he lacked in earlier bouts.

“I don’t go in there looking for the knockout. I just go in there and fight and be patient and work with whatever I’m given,” he said. “If it comes, I’ll take it. Everything I do for preparation is done in the gym. Then I let it all go in the ring on fight night.”

For a fighter who one day hopes to headline at Twin River, Friday’s showdown with Dixon is the next logical step for Bates as he continues to make up for his lost time after turning pro at the age of 30. Having laid the foundation with a strong camp, the rest is in his hands come fight night.

“I still have a lot to show, a lot to learn, a lot to prove. I haven’t even scratched the surface yet,” he said. “There’s so much I’m still learning, so many tricks. I’m getting faster, stronger and smarter. This is just the beginning.”

Next Friday’s main event features reigning NBA Heavyweight World Champion Juiseppe Cusumano (18-2, 16 KOs) of Sicily in the quest to add another belt to his collection when he battles “The Gentle Giant” Steve Vukosa (11-1, 4 KOs) of nearby Quincy, MA, in an eight-round bout for the vacant WBC USNBC crown.