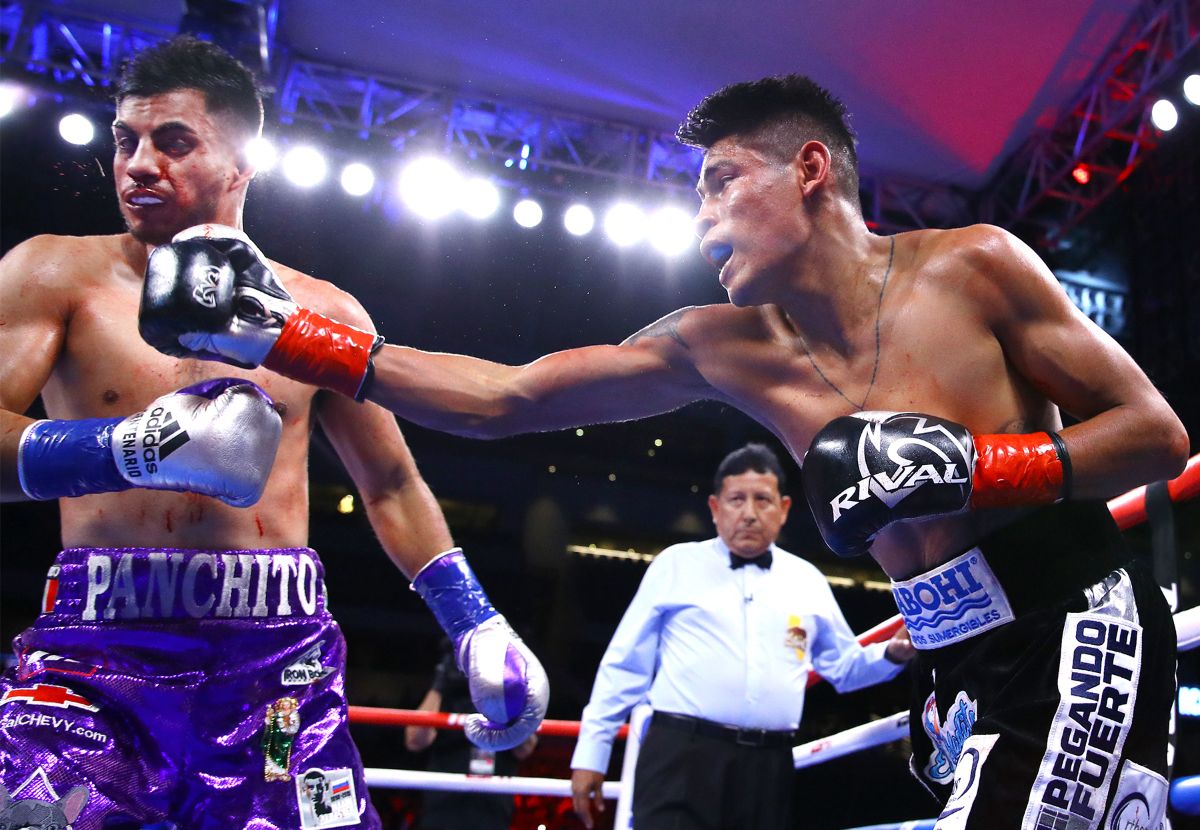 LOS ANGELES (Aug. 17, 2019) — Emanuel Navarrete was already a champion. He is now one of the sport’s elite. Navarrete knocked out the previously unbeaten Francisco “Panchito” De Vaca in three rounds Saturday evening in front of 3,944 fans in the first-ever boxing card at Banc of California Stadium.

Navarrete (28-1, 24 KOs), who upset Isaac Dogboe to win the title and then defeated him in an immediate rematch, knocked down De Vaca (20-1, 6 KOs) in the second round and forced the referee to stop the fight after dishing out a sustained beating in the third.

“I want to thank my supporters, and second of all, I want to continue the tradition of Mexican boxing in Los Angeles. `I want to fill arenas and follow in the footsteps of Mexican legends,” Navarrete said. “I’m talking to {Top Rank} about fighting September 14 on the Tyson Fury card in Las Vegas. I want to thank Bob Arum and Zanfer Promotions for the opportunity.”

Said Top Rank chairman Bob Arum: “He’s Mexican. He’s proud to be Mexican. September 14 is Mexican Independence Day Weekend, and the best fighter in Mexico will be there defending his title.”

Former junior featherweight world champion Jessie Magdaleno is ready to take on the featherweight titans. In his second bout since moving up in weight, Magdaleno scored a ninth-round technical decision over Rafael Rivera after an elbow opened up a gash on the bridge of Magdaleno’s nose.

“These things happen. It’s part of the sport,” Magdaleno said. “I have a lot of respect for Rivera. He is a warrior. I felt very good. I felt strong. I would say better than ever. I want a world title. I’m ready.”

— Super lightweight contender Arnold Barboza Jr. (22-0, 9 KOs) dished out a sustained beating to Ricky Sismundo, and Sismundo’s corner stopped the bout following the conclusion of the fourth round,

“I want a world title shot now,” Barboza said. “I want to challenge all the champions. It doesn’t matter who it is, or where it takes place. All I want is to face Ramirez, Prograis, or Taylor, and I want it now!”

“Listen, it was a tough, hard fight, but I got the victory. Hopefully, the cut doesn’t keep me out of action too long. I’m starting to get more active, and before long, I will be ready to fight any of the top welterweights.”