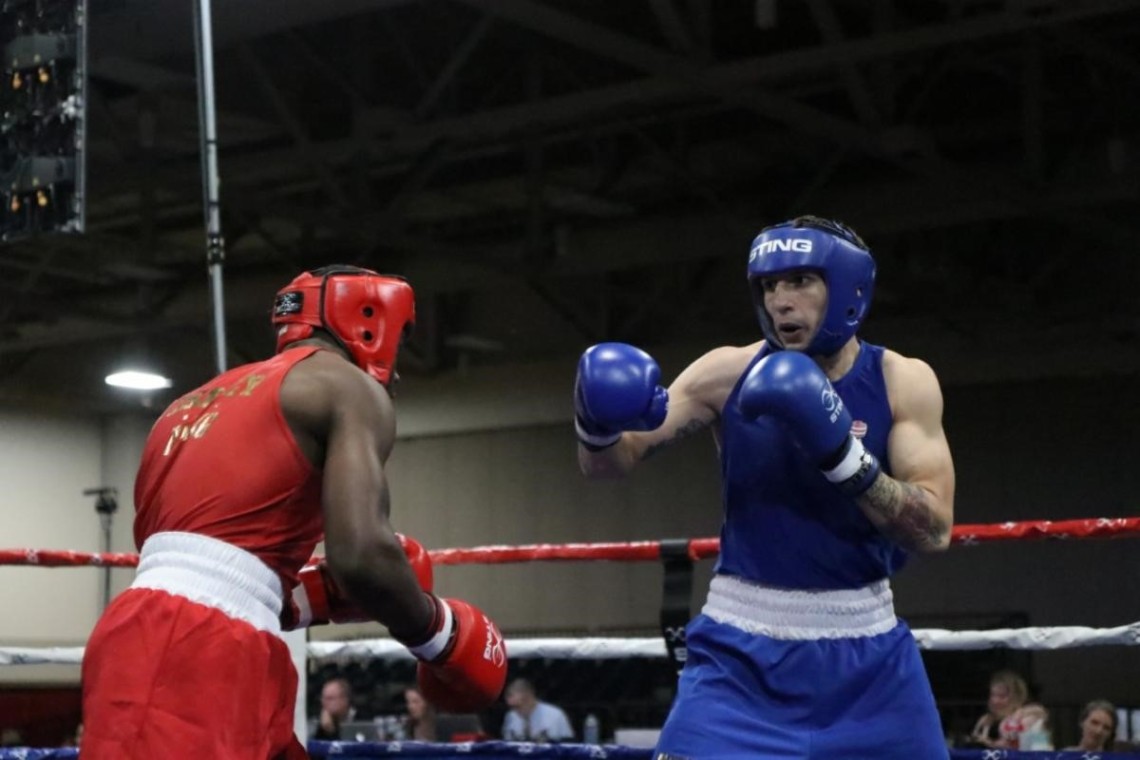 COLORADO SPRINGS, Colo. (August 19, 2019) – Milwaukee isn’t known as one of the leading producers of world-class boxers, however, Team USA middleweight

Javier Martinez may be the rare exception.

“Milwaukee isn’t really a great place for boxing,” Martinez agreed, “but (coach) Izzy Acosta always had a great program that produced a lot of national champions. Hopefully, one day I can do what he’s done for my city. We do have a few good fighters coming out of my gym who are still on the rise. Look out for my boy, Luis Feliciano, a former USA National champion (the 26-year-old junior welterweight is 12-0 as a pro with eight wins by knockout).”

The most famous fighter to come out of Milwaukee is world kickboxing champion Rick “The Jet” Rufus. There have been a few Milwaukee boxers of note over the years, including Myron “Pinky” Mitchell, who became the first junior welterweight champion of the world in 1922, Robert “Caveman” Moha (1910-15), former national champion Tyrone “The Butterfly” Trice, and Pan American Games bronze medalist and two-time national amateur champion, LeChaunce Shepard.

Martinez is currently training in Colorado Springs at the U.S. Olympic and Paralympic Training Center for the World Championships, September 7-21, in Yekaterinburg, Russia.

“It’s a good feeling and I plan on taking full advantage of this opportunity,” Martinez spoke about competing at the World Championships. “I love coming to Colorado; it’s like therapy for me, keeping me away from the distractions back home. I’m very excited to be going to Russia. I’m thankful to USA Boxing for all the opportunities I’ve had, and I hope to bring back a medal from Russia.”

Martinez says he didn’t have a normal childhood, explaining that he looked up to the wrong people. His life changed for the better when his father introduced him to boxing and meeting Coach Acosta, who was recently honored by the USA Boxing Alumni Association for his contributions to amateur boxing as a boxer and coach for the past half-century.

“I don’t know what I’d be doing today (if not for boxing),” noted Martinez, who turns 24 on August 24. “I just know that boxing was my way out of the ‘hood. Coach Izzy is a very loving person, and a great person to have around. He had a very good boxing career and it’s great to have a person like that in my corner.”

Self-described as an awkward southpaw who can give anybody problems, Martinez’ short-term goal is to be an Olympic gold medalist, long-term to be world champion.

Javier Martinez is making Milwaukee proud by punchin’ his way to the top.