Moves on to UFC 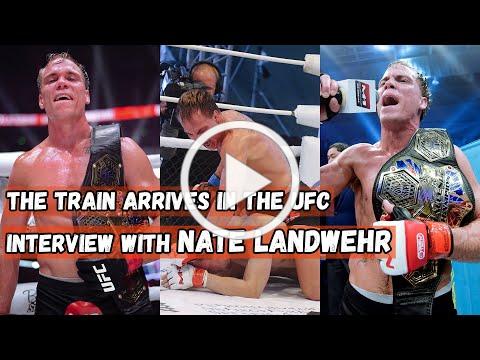 The entertaining American MMA fighter made his M-1 Global debut September 23, 2017 at M-1 Challenge 83, in which he knocked out Mikhail Korobkov in the second round. The 31-year-old Landwehr, fighting out of Clarksville, Tennessee, then won a bloody three-round split decision against Viktor Kolesnik to set-up a title challenge for Landwehr.

Landwehr took advantage of his first title shot, knocking out defending champion Khamzat Dalgiev in the second round of their M-1 Challenge 95 main event. Landwehr successfully defended his crown twice, stopping Andrey Lezhnev in the third round at M-1 Challenge Battle in Atyrau last December, followed by a five-round unanimous decision victory over Kolesnik in their rematch this past June 28 at M-1 Challenge 102.

M-1 Global is a valued partner, responsible for scouting and signing Russian athletes to prepare them to fight in the UFC. M-1 Challenge champions such as Landwehr, who will be rising a seven-fight win streak into his UFC debut, have a unique opportunity to sign contracts with the UFC.

Like so many M-1 Global fighters, Landwehr used M-1 Challenge as a stepping-stone to the UFC.

Landwehr’s departure from M-1 Global and his title abdication has opened up the doors for other M-1 featherweights, especially four fighting this Friday at M-1 Challenge 104: Busarmankul Abdibait Uulu vs. Lezhnev and Anthony Dizy vs. Zalimeg Omarov. The winners will position themselves for a possible title shot before the end of 2019.