THE HIGHLY TOUTED DOMINICAN BANTAMWEIGHT, ALMONTE
IS READY TO MAKE HIS USA DEBUT

Through trials and tribulations both fighters have earned their way onto the September 20 card at The Paramount. Junior Almonte, was an outstanding amateur and shows great promise for the Bantamweight division.  As an amateur he had a record for 92 wins and 8 defeats with 4 victories over highly respected Olympians.  Almonte is world ranked by WBC (#24) .  In Almonte’s most recent bout against ANGELO “EL OLIMPICO” MUNOZ, Almonte showcased his power with a first-round TKO. Almonte is proving to be a knockout machine who is prepared to take the world of boxing by storm, starting with his United States debut.  On September 20th, Almonte for the first time in his young and bright career will fight on American soil at The Paramount and will be looking to finish Garza like he finished his previous six of seven opponents.

Almonte had this to say about the great opportunity that is ahead of him, “The first phase of my training was in the Dominican Republic, and the second phase has been in the US and everything is going well. I am going to do my best to Impress the American fans and I am thankful to be on American soil defending my title. God willing, there will be greater things ahead. I want to do a good job and show that there is talent in the Dominican Republic, and I am just very happy for this opportunity.”

However, standing in Almonte’s way is, Ernesto Garza III, who is more than ready for his shot at the WBC FECARBOX Bantamweight title.  Garza’s pedigree and experience actually exceeds that of Almonte.  As an amateur, Garza holds many National titles including the 2008  national Golden Gloves title at 119 pounds. He finished third in 2009, then fought at 125 pounds in the U.S. National Championships, also finishing third.  As a pro, Garza has taken on top prospects Including several bouts on Showtime.  Garza has fought at weights over 130 lbs, seeking money and opportunity but is now fighting Almonte as his natural 118 lbs division.   In his latest fight Garza dominated JENO TONTE by TKO in round 1.  Garza knows a lot is on the line for him as well, and a win over undefeated  Almonte on September 20, will skyrocket him up the world rankings in the bantamweight division.

Garza had this to say about his co-feature bout on September 20, “First off I would have to thank my Lord and Savior and Jesus Christ for blessing me with this big opportunity and victory and Split-T-Management Davud McWater and Joe Quiambao  for making this fight happen. This will be just the beginning from me and it feels great to win a title that would put me in the ranking of the WBC. The fans can expect the best out of me to give it my all in the ring. I’ll give the fans what they want to see. I’ll be the one forcing the fight. He’s never fought anybody like me before, my resume speaks for itself. It’s gonna be a fight and the fans can expect me to come out on top.”

These hard punching bantamweights come from different parts of the world, but on September 20th  they will meet at The Paramount for what promises to be a thrilling fight. For Junior it’s an opportunity that will open doors for him in the United States. For Garza, it’s a shot to prove he the heralded prospect that he was considered when he came out of the US amateur program at 118 lbs.  This will be a promising fight and will leave little room for imagination.

CEO of Star Boxing, JOE DEGUARDIA, had this to say about the bout, “We are very excited to bring Junior Almonte to the United States against one of the toughest possible guys out there.  Almonte has dominated in the Dominican Republic, and he has his WBC FECARBOX Title to show for it.  But Garza is a special fighter himself.  This is an eagerly anticipated fights by ‘those in the know’ as Garza is a very experienced and tough known quality fighter.  I expect a thrilling fight for the fans at The Paramount come September 20.” 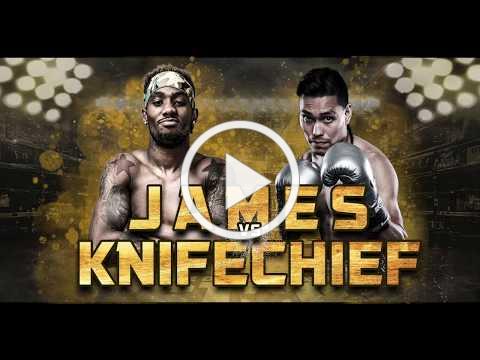 For media use please credit or tag @StarBoxing

For more information on Star Boxing, visit official website: www.StarBoxing.com
ABOUT MODELL’S SPORTING GOODS:
Founded in 1889, Modell’s Sporting Goods is the local family sporting goods destination that provides a convenient and compelling shopping experience for the athlete and fan in all of us.  Modell’s offers customers an assortment of top brands in sporting goods equipment, footwear and active apparel for every level of play year round.   The retailer operates 153 stores located in New York, New Jersey, Pennsylvania, Connecticut, Rhode Island, Massachusetts, New Hampshire, Delaware, Maryland, Virginia and Washington, DC.  In addition, visit, http://www.Modells.com, which services customers all over the country.
ABOUT THE TUDOR ADVISORY GROUP:
The Tudor Advisory Group provides strategic consulting services, coaching, and education in the areas of organizational improvement (Lean/Six Sigma), organizational development, and customer experience/engagement across industries for businesses, not-for-profit companies, and healthcare agencies of all sizes.   Our experts have over 25 years of experience in the area of organizational transformation, partnering with companies to reach their strategic goals and objectives. We believe in knowledge transfer where we ensure the organization is self-sufficient prior to the end of the engagement. For further information please contact Alan Cooper at (212) 653-0086.
ABOUT THE INN AT FOX HOLLOW:
Nestled upon 8 private acres of Long Island’s north shore is the Fox Hollow, which features a state of the art event venue, fine dining restaurant and an all-suite luxury boutique hotel. Owned & operated by the Scotto Brothers, their Above & Beyond philosophy in providing each & every guest with superior services and amenities is paramount. Visit the Fox Hollow online at www.TheFoxHollow.com & www.TheInnAtFoxHollow.com
ABOUT WBAB:
WBAB 102.3 is the home of Long Island’s Classic Rock anchored by their Long Island Rock ‘N’ Roll Morning Show with Roger and JP.  For more information or to listen online, visit their website at
www.wbab.com and follow them on Facebook.com/1023wbab
and on Twitter @1023wbab.
ABOUT CAMELOT LIMOUSINE:
Official Sponsor of the Paramount Boxing Series, Camelot Limos is a family owned and operated business located in Nassau County, with over 25 years of professional experience; serving satisfied clientele since 1984. The owners of Camelot Specialty Limos are very active in the business and play a major role in the company’s day-to-day operations. Camelot Specialty Limos, Inc. is an Accredited Member of the Better Business Bureau.  www.camelotlimo.com
ABOUT TIEDIN MEDIA:
TiedIn Media is a talented, professional, and experienced Long Island web development and marketing agency. We create experiences that elevate brands, create connections, and help businesses flourish. We strive to provide the opportunity for businesses to expand across all marketing platforms, connecting them with their customers and building profitability.
We are well prepared to handle any of your business’ needs, whether you are a small, new business or older and more established. At TiedIn Media we can help you with your branding by redesigning or creating your web presence, print marketing, and even social media sites so that every piece of marketing material works meticulously with your brand’s essence and perfectly communicates your mission.  https://tiedinmedia.com/
STAR BOXING INC.
STAR BOXING INC | PR@STARBOXING.COM | 718 823-2000 | www.StarBoxing.com
***All press releases are available in word and pdf documents.
Contact pr@starboxing.com if needed.***
Any attached Photograph(s) may only be used for news, information or promotional purposes and only for the period commencing on the date of this e-mail and ending 90 days later (the “License Period”). Any other use and any use after the License Period is strictly prohibited without permission in writing from Star Boxing, Inc.