Tickets for this featherweight world title showdown start at $40 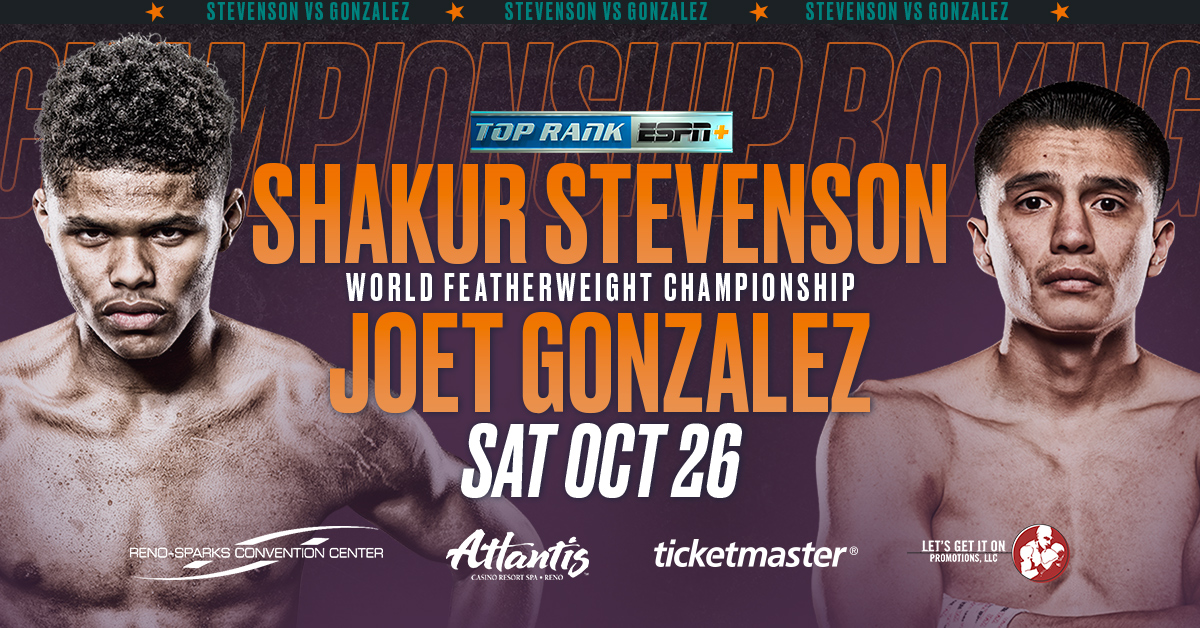 A pair of undefeated Northern Nevada-based prospects, JJ Mariano and Diego Elizondo, are slated to appear on the undercard.

Stevenson (12-0, 7 KOs), the WBO No. 1 contender, is no stranger to Reno fight fans. He won multiple national tournaments there as an amateur, including the U.S. Olympic Boxing Trials in late 2015. Stevenson went on to capture a silver medal at the 2016 Rio Olympics. The 22-year-old last fought July 13 in his hometown of Newark, New Jersey, knocking out Alberto Guevara in the third round.

The 25-year-old Gonzalez (23-0, 14 KOs), the WBO No. 2 contender, is a seven-year pro who has scored three consecutive knockouts. A Los Angeles native, Gonzalez is coming off a sixth-round stoppage over Manuel Avila.

Stevenson-Gonzalez and a co-feature will stream live and exclusively on ESPN+, the leading multi-sport streaming service, beginning at 10 p.m. ET/7 p.m. PT. The entire undercard will stream on ESPN+ starting at 6:30 p.m. ET/3:30 p.m. PT.

Use the hashtag #StevensonGonzalez to join the conversation on social media.