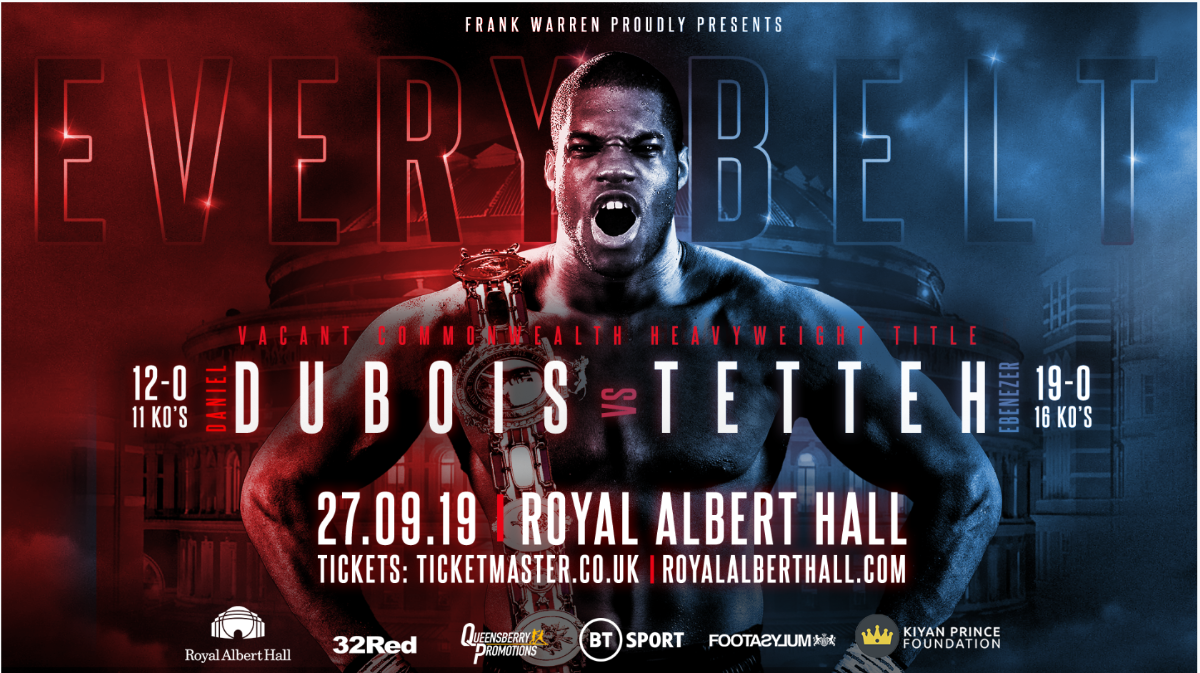 (Sept. 23, 2019) — Great Britain’s unbeaten heavyweight destroyer, Daniel “Dynamite” Dubois, will take the next step in his career when he faces off against fellow unbeaten Ebenezer Tetteh in a 12-round showdown for the vacant Commonwealth title Friday at London’s Royal Albert Hall.

Dubois (12-0, 11 KOs) is a familiar face to American fight fans, as his last five bouts have streamed live on ESPN+. He has won three in a row by knockout, including a second-round stoppage over former world title challenger Razvan Cojanu in March. The following month, he survived a brutal slugfest to knock out Richard Lartey in four rounds. Dubois authored the signature win of his career July 13, knocking out fellow unbeaten Nathan Gorman in five one-sided rounds to win the British heavyweight title.

Tetteh (19-0, 16 KOs), from the fighting city of Accra, Ghana, is unbeaten but largely untested. He has won six in a row by knockout and is seeking revenge for his countryman Lartey, who provided Dubois with arguably his toughest fight.

In other action streaming on ESPN+: