Outfit is now displayed at the Fresno County Historical Museum 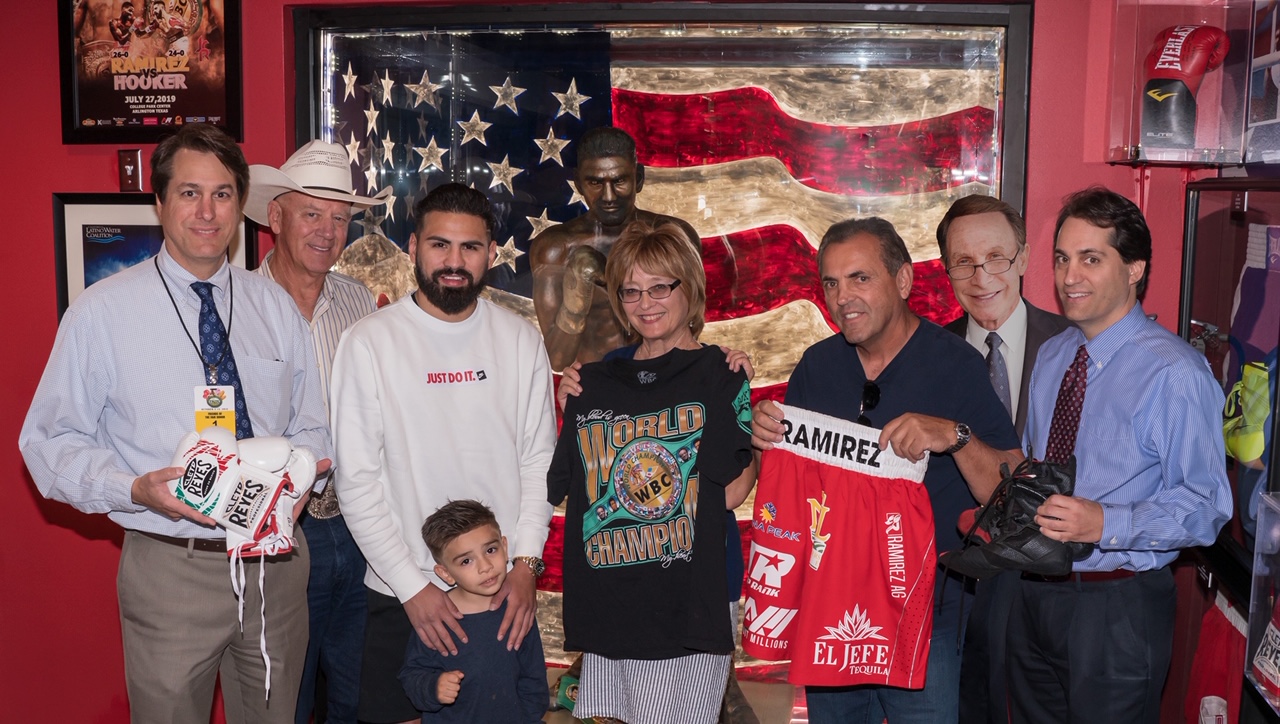 FRESNO, Calif. (Oct. 8, 2019) — WBC/WBO super lightweight world champion Jose Ramirez wanted to do something to benefit the family of Maxim “Mad Max” Dadashev, who passed away July 23 due to injuries sustained in the ring.

After he defeated Maurice Hooker in a super lightweight unification bout July 27 in Arlington, Texas, Ramirez and his adviser, Rick Mirigian, offered his fight-worn gloves, shoes and trunks to the highest bidder. The board of The Big Fresno Fair, the largest annual event in California’s Central Valley, stepped up with a $10,000 bid.

One hundred percent of the proceeds were sent to the Dadashev family, and the items are currently on display alongside a life-size statue of Ramirez at the Fresno County Historical Museum.

“I’m honored and humbled to have been able to help out Maxim’s family,” Ramirez said. “Every fighter puts their life on the line in the ring. My prayers to his family.”

“These items are incredibly important to our museum, especially with the recent addition of the life-size statue honoring Jose,” said John C. Alkire, CEO, The Big Fresno Fair. “When we knew this was going to support a family during a time of loss, we were all in.”

“Maxim fought in Fresno once as a pro, and Jose and I just wanted to do something to show our support for his family,” Mirigian said.

“From the bottom of our hearts, and on behalf of Maxim’s family and our entire team, we would like to thank Jose, his team and The Big Fresno Fair for their generosity,” said Egis Klimas, Dadashev’s manager.