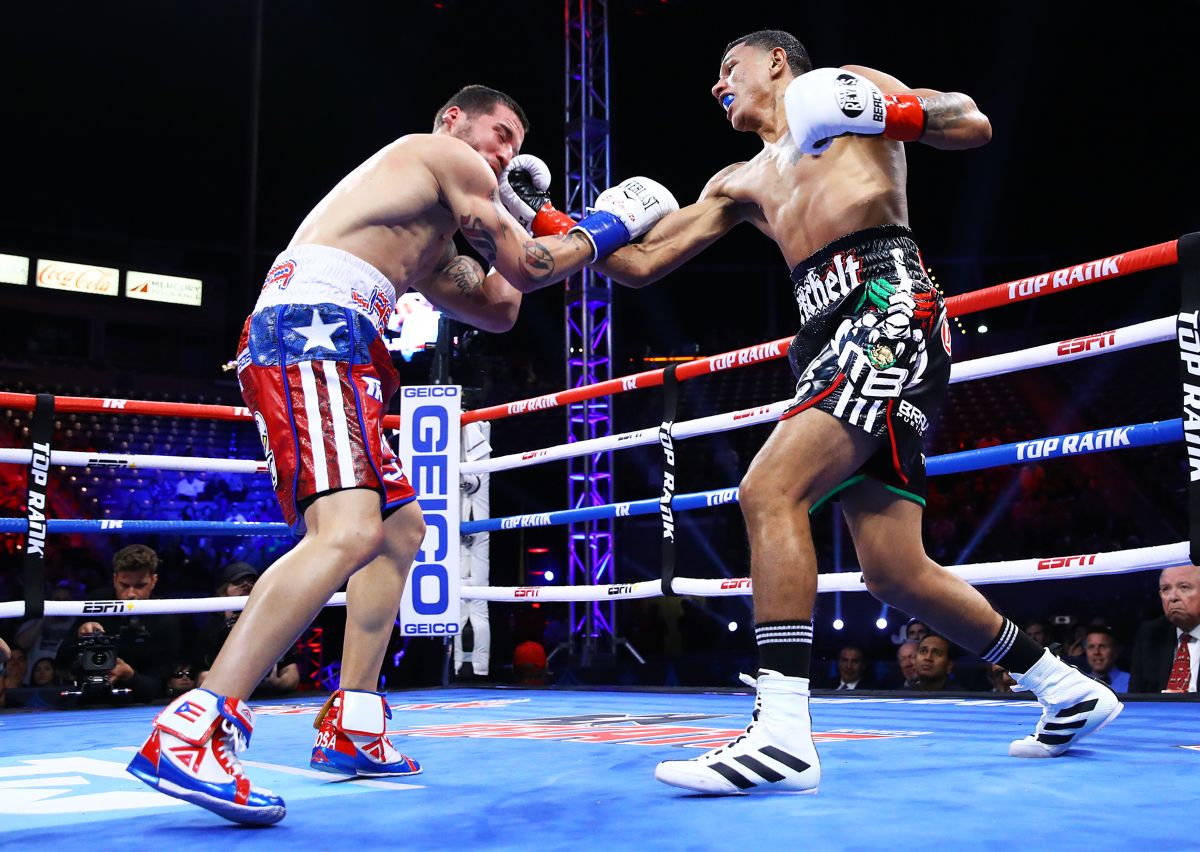 Berchelt (37-1, 33 KOs) knocked down Sosa (23-4-4, 16 KOs) in the second round and kept the pressure coming, ultimately forcing a corner stoppage with four seconds left in the fourth.

Berchelt has his eyes on lucky defense number seven, and former featherweight world champion Oscar Valdez is on his radar.

“It was a great performance. I want to congratulate Jason,” Berchelt said. “He came to put on a great fight, and I have a lot of love for him.

“I want to wait until Valdez fights on Nov. 30. If he wants this belt, come and get it.”

Javier Molina (21-2, 9 KOs) seized the moment. The 2008 U.S. Olympian knocked down Hiroki Okada twice and scored the knockout only 65 seconds into the scheduled 10-round super lightweight fight. Molina knocked down Okada (19-2, 13 KOs) with a left hook in the opening minute, then finished things off with an overhand right.

“I caught him early. When I had him hurt, I jumped on him,” Molina said. “Whoever’s next, we want to go for a world title. I showed everyone what I’m made of. This was my moment.”

— The return of super lightweight Alex “El Cholo” Saucedo (29-1, 19 KOs) was a triumphant one, as the former world title challenger knocked out Rod Salka (24-6, 4 KOs) with a left hook to the body in the opening round. This was the first fight for Saucedo since falling short to then-champion Maurice Hooker nearly one year ago.

“It was great to be back. I wanted to get some rounds in, but the knockout came, so it is what it is,” Saucedo said. “I hope to be back in the ring very soon.”

— Crowd favorite Raymond “Danger” Muratalla (9-0, 7 KOs), from nearby Fontana, Calif., knocked out fellow Californian Arnulfo Becerra (7-3, 5 KOs) in the fifth round of a lightweight fight.

— In a fight featuring a pair of unbeaten super lightweights, Abram Martinez (8-0, 6 KOs) dropped Ruben Rodriguez (9-1, 3 KOs) twice in the third round en route to the stoppage.