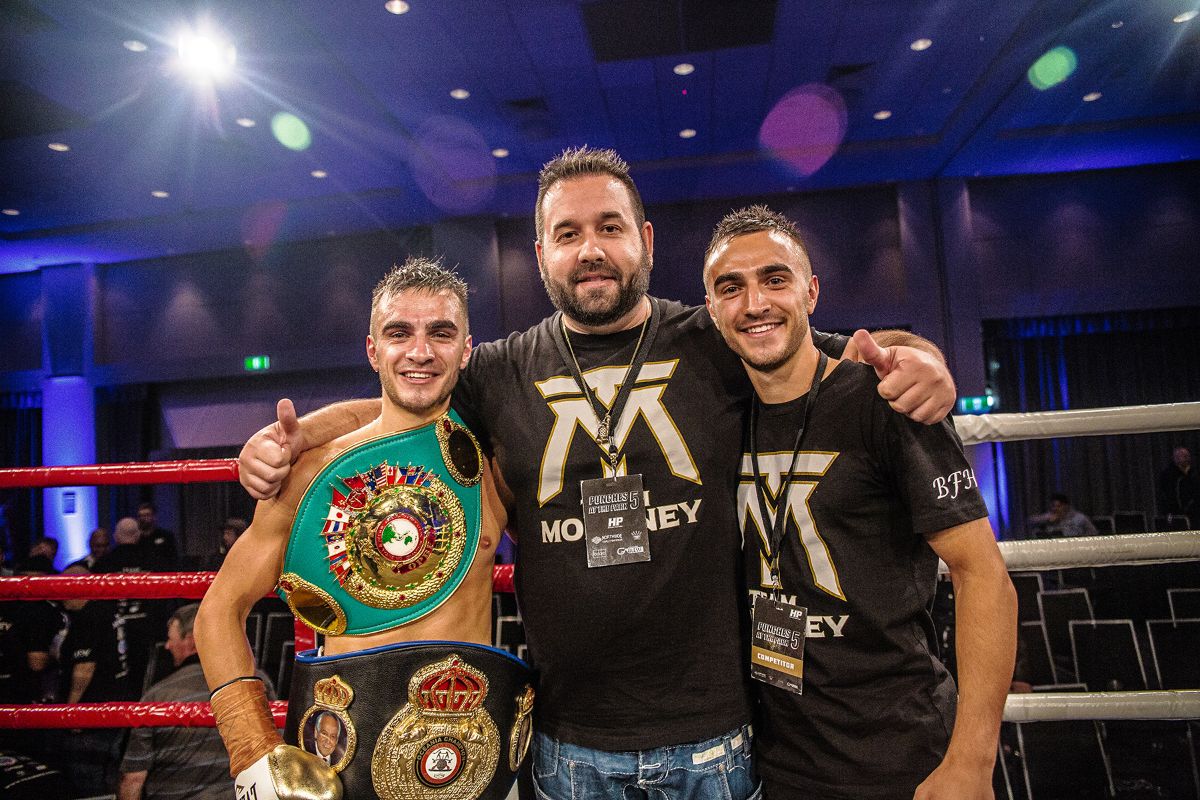 (Nov. 4, 2019) — Andrew and Jason Moloney, Australian twin brothers separated by three pounds, will be featured in separate bouts on a special early-morning edition of “Breakfast and Boxing” on ESPN+ Friday, Nov. 15 from Margaret Court Arena in Melbourne, Australia.

This special Down Under stream will begin at 3 a.m. ET/12 a.m. PT and also features the four-round heavyweight bout between undefeated former rugby star Paul Gallen (9-0, 5 KOs) and retired Australian rules footballer Barry Hall, who will be making his pro debut.

“This is not an easy fight for me, but I have a point to prove,” Jason Moloney said. “I have waited a long time to fight for the world title again, and I want to show the world why I deserve a crack at any of the world champions. I’m coming into my prime, and I know I will give any bantamweight in the world the fight of their lives.

“This could be my last fight in Australia for a long time, so I’m glad it’s on a show of this magnitude. I plan on putting on a memorable performance that people will remember for years to come.”

Said Andrew Moloney: “Nobody wants to fight Dharry. He is a tough, strong fighter that comes to win. It’s going to be a fantastic fight, and I can’t wait to put on a show for the fans in America watching on ESPN+. The chance to fight for a world title in Melbourne is a dream come true, and I’ve worked 16 years for this moment. There is no way I am going to lose this fight.”

Andrew Moloney (20-0, 13 KOs) won a WBA world title eliminator in March when he traveled to Chile and knocked out hometown hero Miguel Angel Gonzalez in the eighth round. He last fought June 15 in Tweed Heads, Australia, knocking out Selemani Bangaiza in the second round of a fight that streamed live on ESPN+. A former Commonwealth and WBA Oceania champion, he has won three in a row by knockout, including a 10th-round stoppage over former world champion Luis Concepcion. Dharry (24-5-1, 14 KOs), who is from Guyana and now based in Brooklyn, is unbeaten in more than a decade after starting his career 3-5-1.

Jason Moloney (19-1, 16 KOs) is seeking his third consecutive win since an October 2018 split decision loss to Emmanuel Rodriguez for the IBF bantamweight world title. He is ranked in the top five by all major sanctioning organizations and hopes a victory over Flores will earn him a second title shot. Flores (16-6-3, 5 KOs) is unbeaten in his last three fights and is coming off a second-round knockout over Alexander Espinoza (18-1-2 at the time).