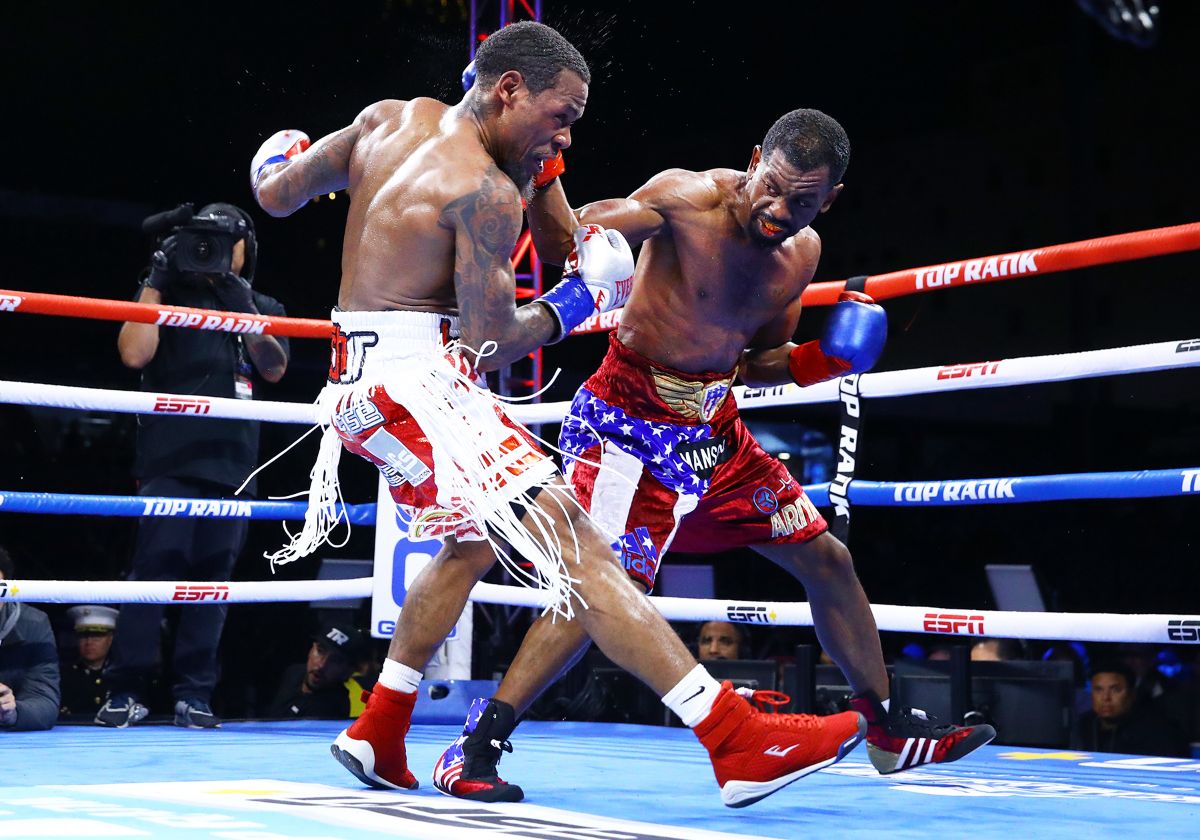 Herring controlled the action early, but Roach landed a hellacious right hand at the end of the 11th that nearly sent Herring through the ropes. Roach pressed the action in the 12th, but it was too little, too late, as “The Fighting Marine” made his first successful title defense.

“I won {the title} on Memorial Day Weekend and I defended it on Veterans Day Weekend, so it definitely means a lot to all of our troops out there defending our country and still in harm’s way,” Herring said. “This is for ya’ll. I couldn’t lose it on our weekend. It means a lot to still be a world champion.

“Like I said, Miguel Berchelt is considered number one, the best super featherweight in the world. In order to be the best, you have to keep testing yourself.”

Said Roach: “We knew we had to dig down. When I hurt him, all that was on my mind was finishing him. I’m coming into unchartered territory.”

IBF No. 1 heavyweight contender Kubrat “The Cobra” Pulev (28-1, 14 KOs) had his way against Detroit-based veteran Rydell Booker (26-3, 13 KOs), winning a clear unanimous decision (99-91 and 98-92 2X) in the co-feature. Pulev, who challenged Wladimir Klitschko for the unified heavyweight title in November 2014, moved one step closer to potentially challenging the winner of the upcoming Andy Ruiz Jr.-Anthony Joshua rematch.

After the fight, his message was clear. He wants to fight for the title next. Pulev has now won eight in a row since the Klitschko defeat.

“It’s been eight months from my last fight. I think my opponent was not bad,” Pulev said. “I respect him. It was a very nice fight.

“I controlled the whole fight, and I was the much better boxer. I showed everyone I’m at the world level, and I must fight the winner of Joshua and Ruiz.”

“I just have to be consistent at this point in my career. I’m coming back in January, and I need to take advantage of the opportunities that are given to me,” Imam said.

— Two-time Cuban Olympic gold medalist Robeisy Ramirez (1-1, 1 KO) rebounded from the shocking loss in his pro debut to stop Fernando Ibarra (2-2, 0 KOs) in the sixth round of a featherweight tilt.

“I have a new trainer, Ismael Salas, and we worked hard in the gym together,” Ramirez said. “What happened in my pro debut is in the past. I am looking forward to a bright future.”