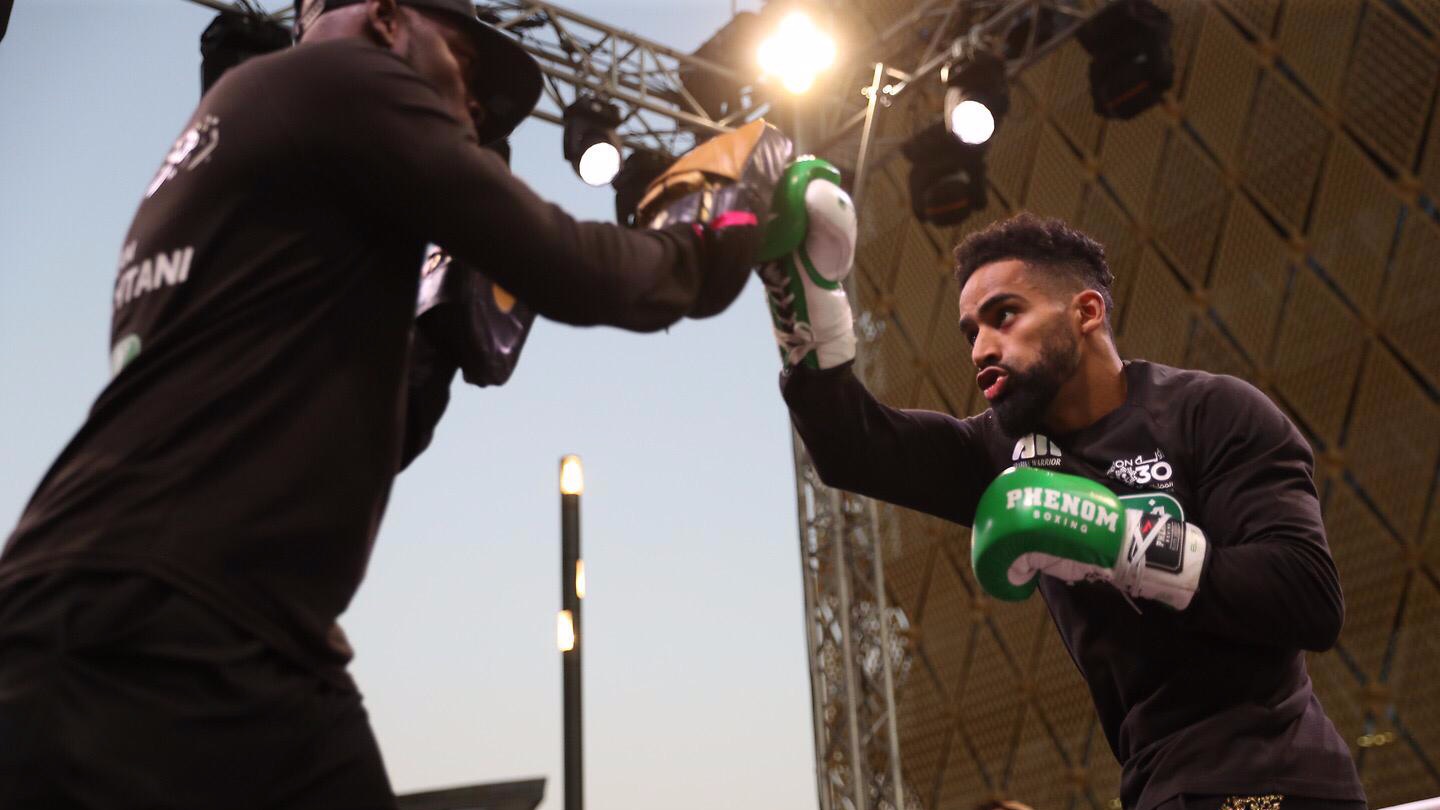 AL QAHTANI: I WANT TO WIN THIS TITLE FOR SAUDI ARABIA
‘The Arabian Warrior’ ready to make history at Diriyah Arena

Pioneer of Saudi Arabian boxing Zuhayr Al Qahtani has his eyes set on becoming the country’s first title holder on Saturday night when he faces off against fellow unbeaten Lightweight Omar Dusary for the WBC Middle East Title on the undercard of the colossal rematch between Andy Ruiz Jr and Anthony Joshua.

Al Qahtani, now 30, had an unconventional route into the realms of professional boxing, first taking the sport up as a means of self defence, during a difficult period for him when he was studying in London.

Since making his professional boxing debut in April 2017, the southpaw has won seven on the bounce, the highlight coming in September of 2018 when he secured a points victory on the undercard of the World Boxing Super Series Final in his homeland, a bill topped by George Groves vs. Callum Smith.

On Saturday, he features once again on the world stage, admitting it is a dream come true to be a part of an event of this magnitude.

“I can’t really express how I feel, I just want to get in the ring, get that win and when I have the belt in my hand I will tell you how I feel” said Al Qahtani. “I actually met Anthony Joshua after his fifth fight and told him he would one day become a World Champion and that I would fight on his undercard, so this is a dream come true.

“I want to win this title for Saudi Arabia and become the first champion in the country’s history, for me to get this title will be a starting point. I don’t take any fight lightly, I want to win this fight and then move on to the next one. Everything has gone to plan and I can’t wait to get in there, I want to fight today! My sparring partners have been amazing so anything he can bring will be nothing to worry about.”

Al Qahtani vs. Dusary is part of a huge night of boxing in Saudi Arabia.

The Clash On The Dunes presented by PIF forms part of the Diriyah Season, an epic month of sports which kicked off with Formula E at the weekend, the Diriyah Tennis Cup featuring eight of the best men’s players on the planet, and the Diriyah Equestrian Festival, an elite competition with Tokyo Olympics 2020 qualifying points on the line.

The Diriyah Season is also supported by the Diriyah Music Festival with huge concerts taking place around the event. On December 6, the night before the Clash On The Dunes, major artists who are yet to be announced will perform. So far artists such as Imagine Dragons, DJ Alan Walker, Clean Bandit and Maluma have performed to 40,000 concert goers.