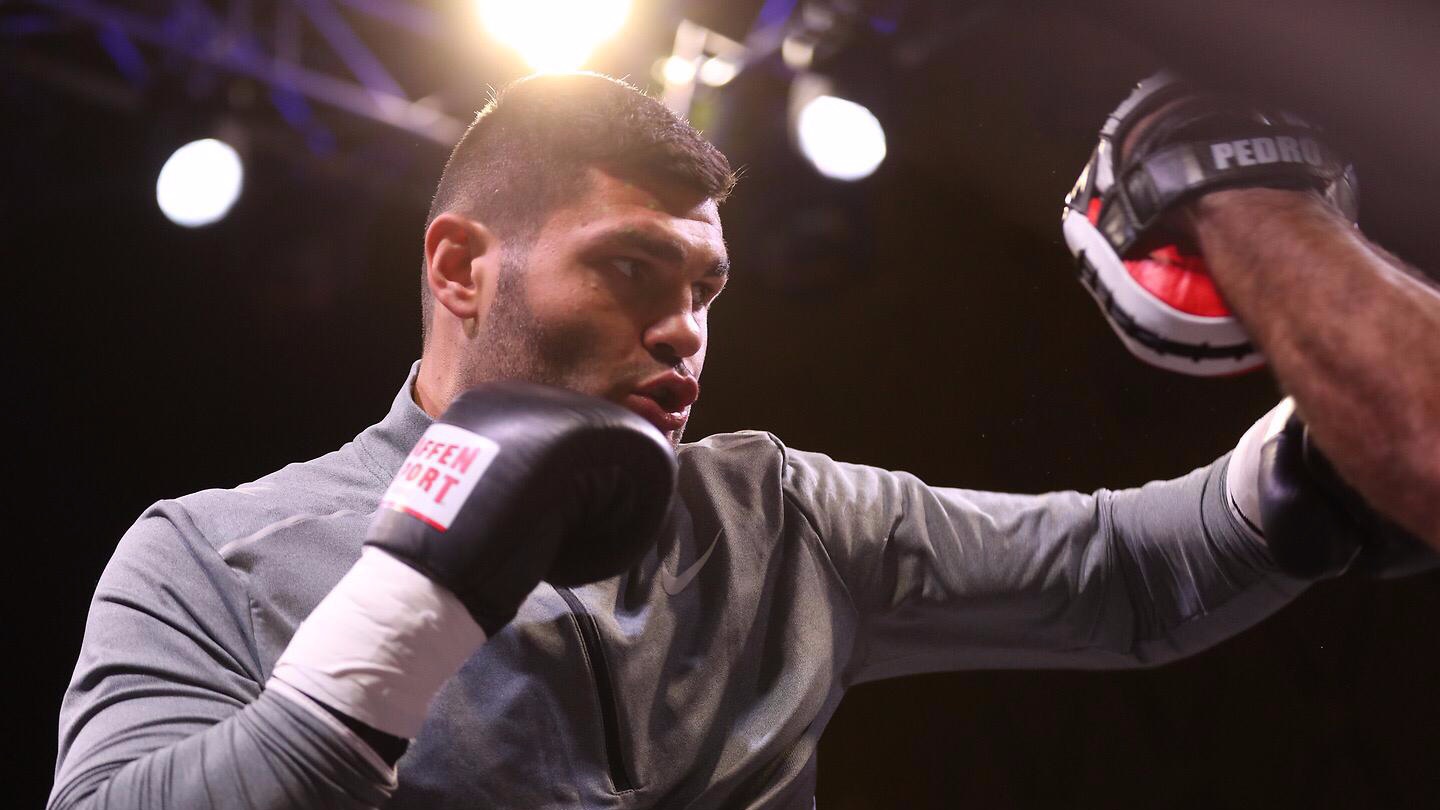 HRGOVIĆ: I WANT TO FIGHT THE BEST IN THE DIVISION
‘El Animal’ targets Chisora showdown

Filip Hrgović (9-0, 7 KOs) has arrived in Saudi Arabia ahead of his WBC International Heavyweight Title clash with Eric Molina (27-5, 19 KOs) on Saturday night at the Diriyah Arena on the undercard of the huge rematch between Andy Ruiz Jr and Anthony Joshua for the IBF, WBA, WBO and IBO World Titles.

The Croatian star says he is excited to showcase his skills on the biggest stage as he looks to claim his tenth professional win and continue his World Title push with a victory over two-time World Title challenger Molina, live on Sky Sports Box Office in the UK and DAZN in the US.

“It feels great to be here in Saudi Arabia,” said Hrgović, who took part in a public workout last night with his coach Pedro Diaz. “I’m looking forward to fighting on such a big event. The whole world will be watching so this is a big opportunity for me to show everybody what I can do, and prove I’m ready to fight the best!

“I’ve had a great training camp. I spent four weeks in Zagreb with my conditioning coach Igor Cordas and boxing coach Yousef Hasan followed by eight weeks in Miami with Pedro Diaz. We trained like never before.

“To be a World Champion you have to be willing to fight all over the world. It is part of the job, and as I always say a ring is a ring no matter where it is. I’ve boxed all over the world as an amateur and I’m excited to fight in Saudi Arabia.

“I’m very satisfied with how my career is going. To have my tenth fight on such a big event is like a dream and I would like to thank my promoter Team Sauerland, Matchroom Boxing and my manager Zeljko Karajica for doing a great job.

“I have always said I want to fight the best in the division and me and my team will not avoid anyone. We offered Chisora to fight me when Joseph Parker cancelled their fight and they refused so I would like to fight him next.”

Hrgović vs. Molina is part of a huge night of boxing in Saudi Arabia.

The Clash On The Dunes presented by PIF forms part of the Diriyah Season, an epic month of sports which kicked off with Formula E at the weekend, the Diriyah Tennis Cup featuring eight of the best men’s players on the planet, and the Diriyah Equestrian Festival, an elite competition with Tokyo Olympics 2020 qualifying points on the line.

The Diriyah Season is also supported by the Diriyah Music Festival with huge concerts taking place around the event. On December 6, the night before the Clash On The Dunes, major artists who are yet to be announced will perform. So far artists such as Imagine Dragons, DJ Alan Walker, Clean Bandit and Maluma have performed to 40,000 concert goers.