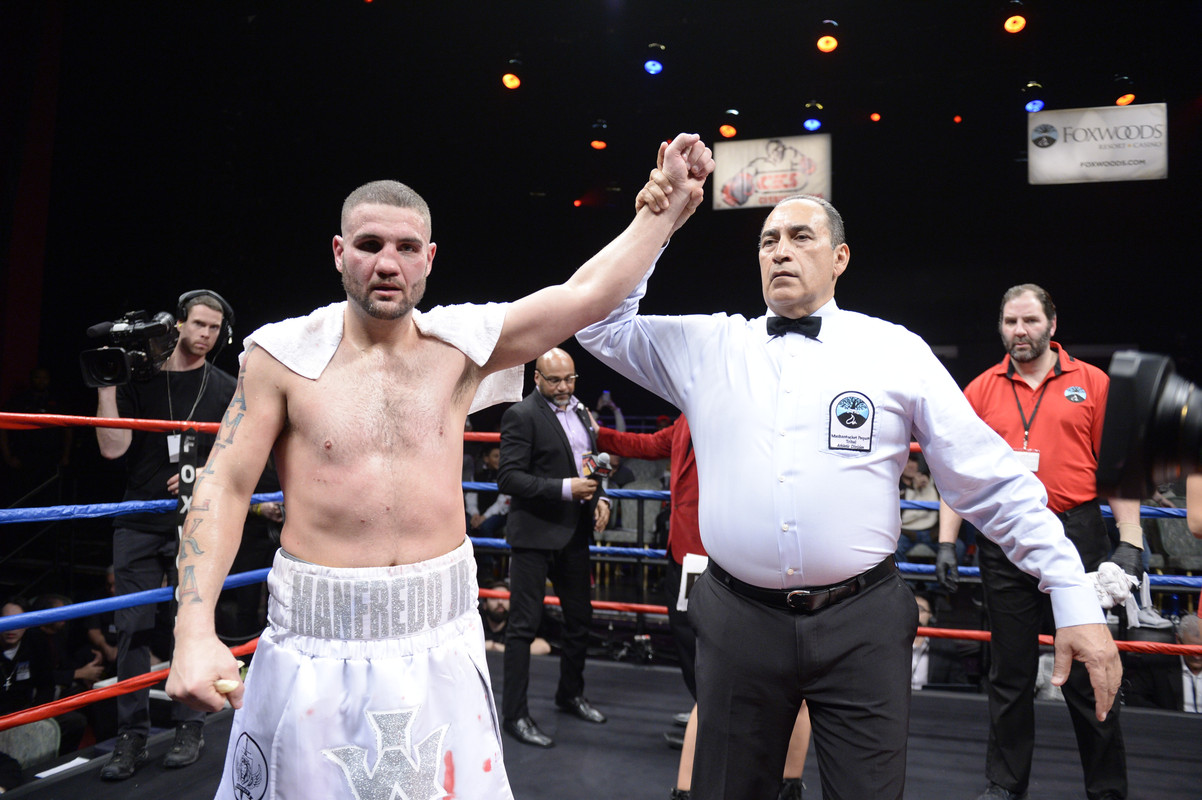 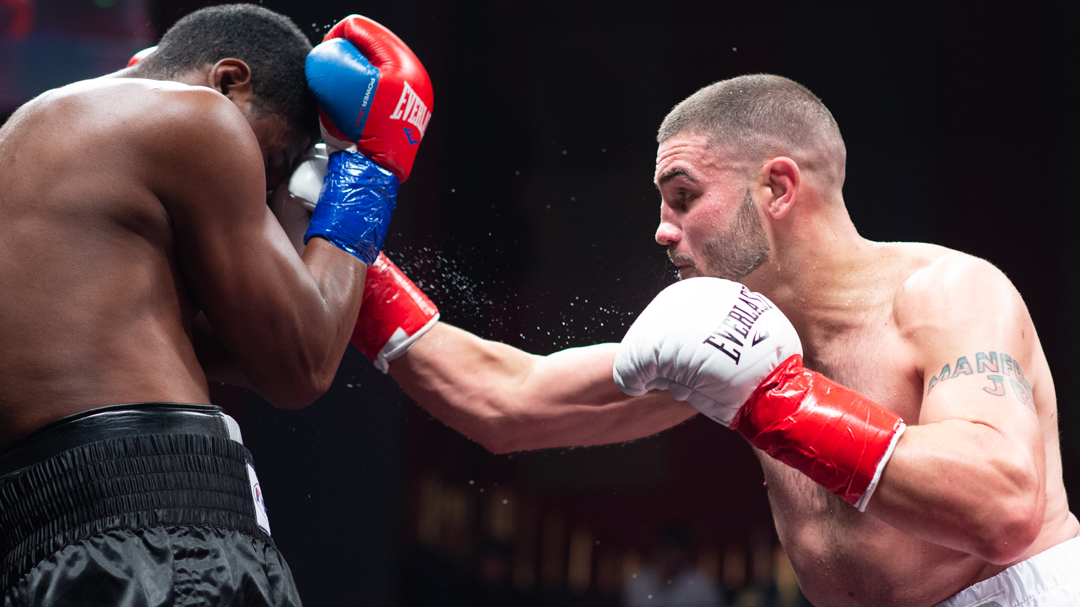 MASHANTUCKET, CT (December 8, 2019) — Peter Manfredo Jr. wanted a tougher challenge and a few more roads in his unexpected return to the ring Saturday at Foxwoods Resort Casino, but the end result was more of the same for “The Pride of Providence.”

Manfredo weathered an early storm against the hard-hitting Nunez. The Columbian veteran with 32 knockouts on his resume actually wobbled Manfredo twice in the opening minute with overhand rights, but Manfredo survived and began to outbox his opponent over the next two rounds while avoiding Nunez’s dangerous right hand.

Midway through the fourth, Manfredo began to pour it on, boxing effectively on angles and peppering Nunez to the body. Having seen enough, Nunez’s corner stopped it with just under two minutes remaining, handing Manfredo his second win of the year since he ended a three-year layoff with a first-round knockout win over Melvin Russell on November 23.

In the co-main event, super featherweight Irvin Gonzalez (13-2, 10 KOs) of Worcester, MA, made quick work of the overmatched Omar Etheridge (3-3-1) of Greensboro, NC, dropping Etheridge three times in the opening round en route to a first-round knockout win at the 3:00 mark.

Featherweights Nathan Martinez (6-1) of New Britain, CT, and Yeuri Andujar (5-2) of Reading, PA, stole the show in the special attraction with Andujar earning a 58-56, 58-56, 59-55 unanimous decision win, handing the 20-year-old Martinez the first loss of his career.

It was all action from the opening bell as the two traded shots for six hard rounds. Martinez got off to a strong start, but Andujar rallied in the middle rounds and simply outworked his opponent by throwing more combinations despite Martinez landing more effectively at times. Martinez rallied late, but could not close the gap on the cards. The win was Andujar’s second in his last three fights.

Female lightweights Marcia Agripino (4-2-1) of New London, CT, and Michelle Cook (1-2-2) of Massena, NY, staged another epic battle in their rematch from 2013, this time with Agripino earning the win after the two fought to a draw six years ago. Cook, who hadn’t fought in five years prior to Saturday, got off to a slow start before fighting back in the later rounds, but Agripino remained the aggressor to earn the win on the scorecards.