Tommy Fury to return on the undercard 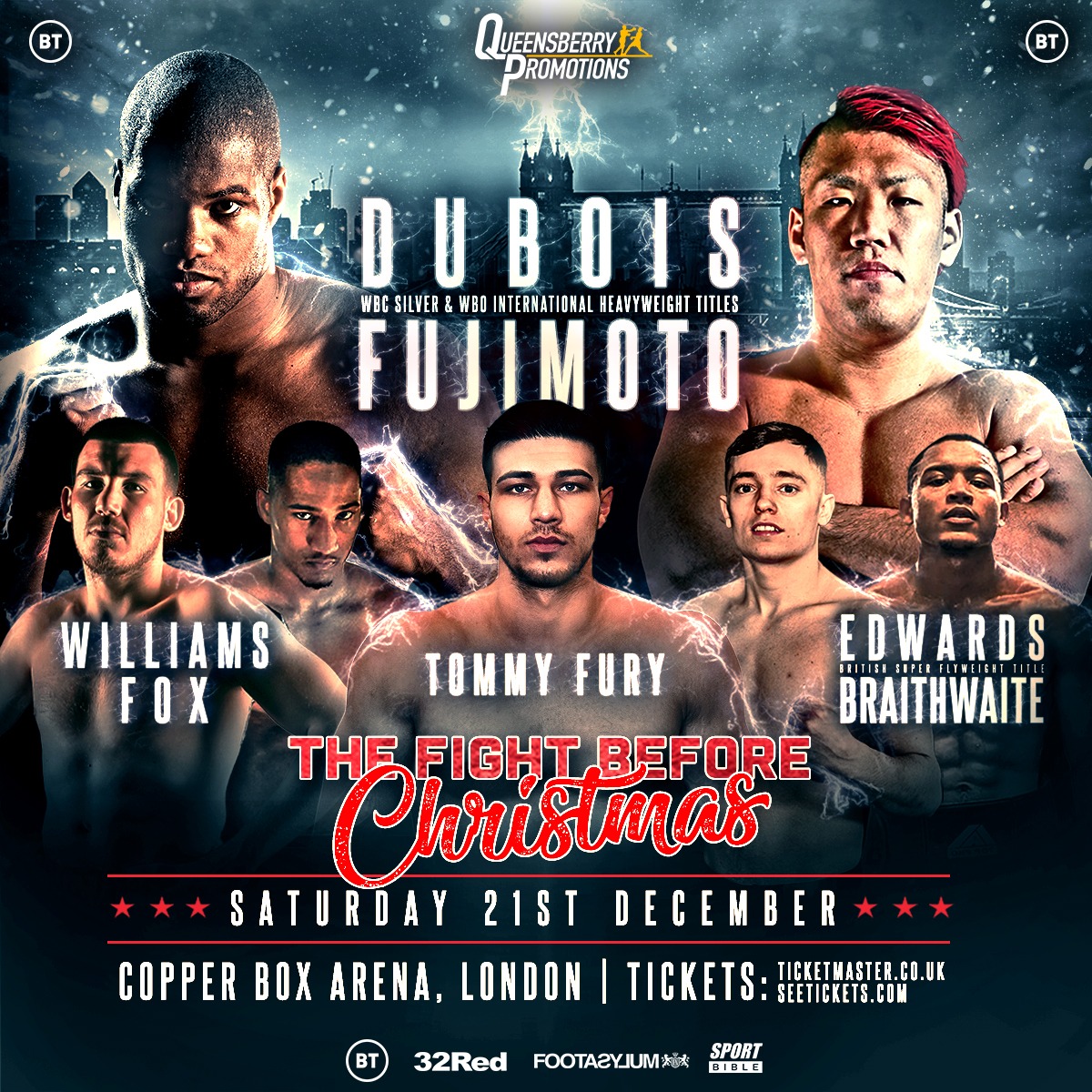 (Dec. 18, 2019) — The 22-year-old heavyweight destroyer, London’s Daniel “Dynamite” Dubois, will look to close out his breakthrough 2019 in devastating fashion Saturday from the Copper Box Arena in his hometown against Japan’s Kyotaro Fujimoto.

The 12-round bout will be contested for Dubois’ WBO International and the vacant WBC Silver heavyweight belts, with the winner positioning himself for a potential world title opportunity in 2020.

Dubois (13-0, 12 KOs) is 4-0 in 2019, and his fights — all of which have streamed live on ESPN+ — have lasted a total of 12 rounds. He began his 2019 campaign with a second-round KO of former world title challenger Razvan Cojanu in March and followed that up with a four-round slugfest the following month against Ghanaian veteran Richard Lartey. Dubois captured British title honors in July with a fifth-round stoppage over fellow unbeaten Nathan Gorman and dominated Ebenezer Tetteh in 2:10 to pick up the vacant Commonwealth crown in September. Fujimoto (21-1, 13 KOs) is unbeaten in 16 fights dating back to 2012 and has won his last five via stoppage.

In other action on the card, presented by Queensberry Promotions: