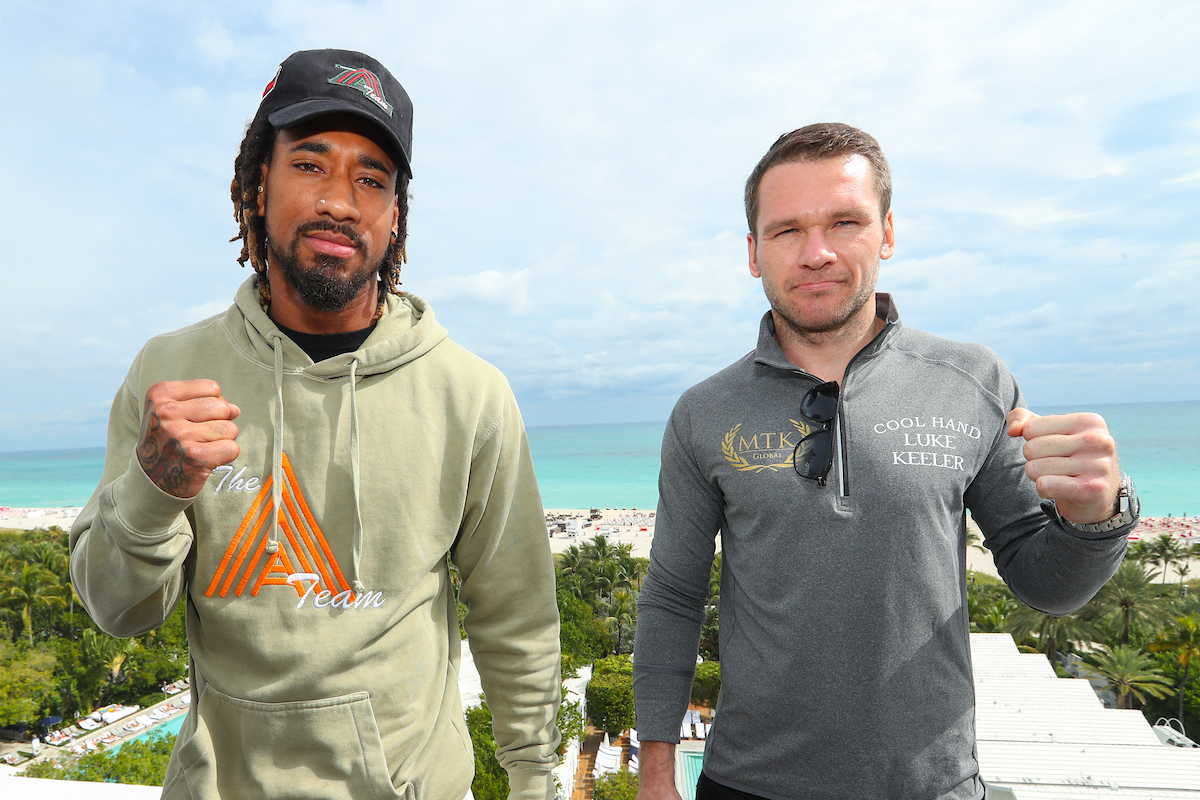 Demetrius Andrade has laughed of Luke Keeler branding him ‘deluded’ as he prepares to defend his WBO World Middleweight title against the Irishman at the Meridian at Island Gardens in Miami on Thursday January 30, live on DAZN in the US and on Sky Sports in the UK.

Andrade (28-0 17 KOs) puts his strap on the line for the third time having landed become a two-weight king having won the vacant title against Walter Kautondokwa in October 2018 in Boston and then seeing off Artur Akavov with a final round stoppage in New York in January 2019 and then thrilling his hometown of Providence, RI with a dominant points win over Maciej Sulecki.

‘Boo Boo’ has been hunting showdowns fellow champions and elite names like Canelo Alvarez, Gennady Golovkin and Jermall Charlo, but challenger Keeler (17-2-1 5 KOs) labelled those ambitions as delusional and believes the 31 year old is making the mistake of looking past Thursday night’s fight.

Andrade told Keeler he was wide of the mark with those comments as the pair faced-off for the first time today in Miami, and the champion wants to prove his credentials at the top level

“Delusional? That’s a good one!” said Andrade. “I’ll give Luke credit where it’s due, it’s hard to get people to get in there with me and it’s his first World title fight, so I am expecting him to bring his A-game

“I’m bringing mine too as I know what it’s like. I’ve been to the Olympics and to me there’s no bigger platform, but this is a massive stage and no other fighter or network has done this, I’m going to give him the beating of his life. He’s said that he would fight me for free, I’d say that you should want to get paid because these shots don’t come easy! I’m just very excited to get things in motion and prepare myself to get in great shape.

“I’ve never watched a lot of fighters, I just concentrate on me. It’s all about me and doing what I need to do to beat anyone that’s put in front of me, and that’s get in shape, stay fast, work on my range and timing. Whatever is being brought to me, through my work ethic and preparation I am able to weather any storm, adjust, land the shots I need to land and relax, because I’ve been doing this for a very long time and there’s nothing I haven’t seen style-wise.

“I’ll never get too comfortable though and think ‘I’m better than you so I don’t have to train’ – every fight is a multi-million dollar fight because if I don’t perform and win, the opportunities go out the window. I don’t slack on one punch or one training session because of that.”