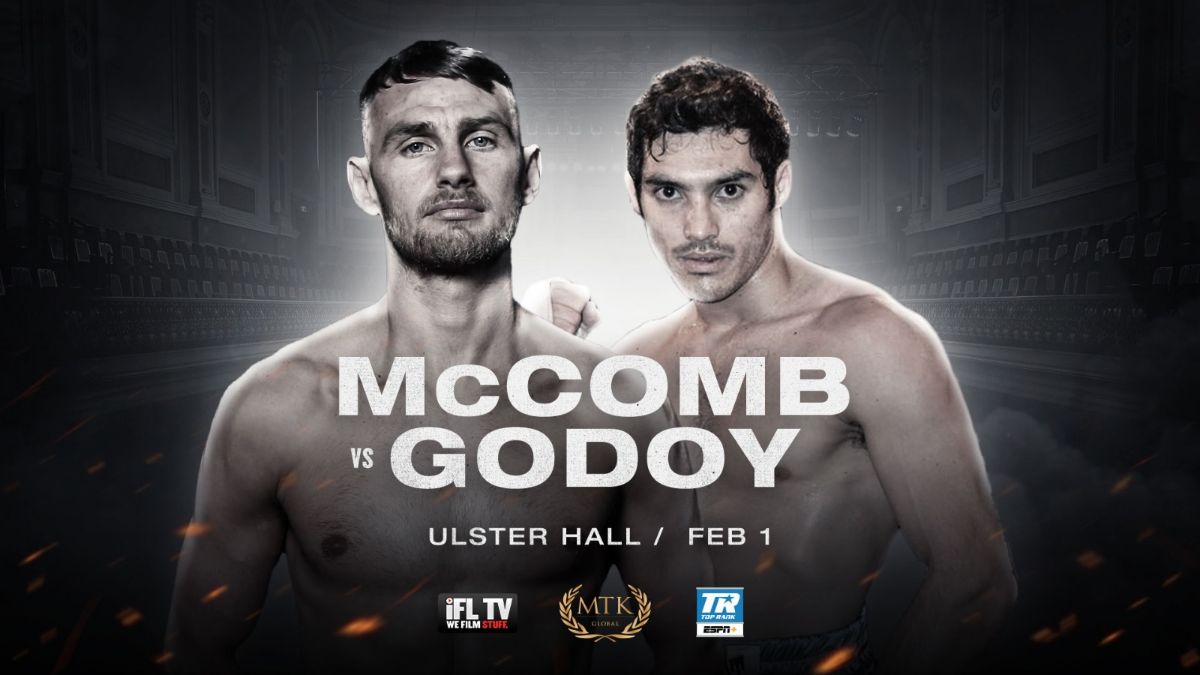 (Jan. 28, 2020) —The 2020 premier of #MTKFightNight on ESPN+ will feature super lightweight sensation Sean McComb in a 10-round test Saturday against veteran Mauro Maximiliano Godoy from Belfast’s historic Ulster Hall.

McComb-Godoy will headline an action-packed fistic afternoon beginning at 3 p.m. ET/12 p.m. PT on ESPN+. The card will also be available in Spanish on ESPN+.

McComb (9-0, 4 KOs), also known as “The Public Nuisance,” will be making his eighth ring appearance in Belfast, where he has become a fan-favorite due to his outgoing personality and go-for-broke style. He went 4-0 in 2019 and was featured on the ESPN+ stream of Michael “Mick” Conlan’s Belfast homecoming card last August. In his last bout, he recovered from a fourth-round knockdown to easily outpoint Emiliano Dominguez Rodriguez over eight rounds. Godoy (32-5-1, 17 KOs), from Argentina, has won two of his last three and previously held the South American super lightweight title.

In other action on the ESPN+ stream: