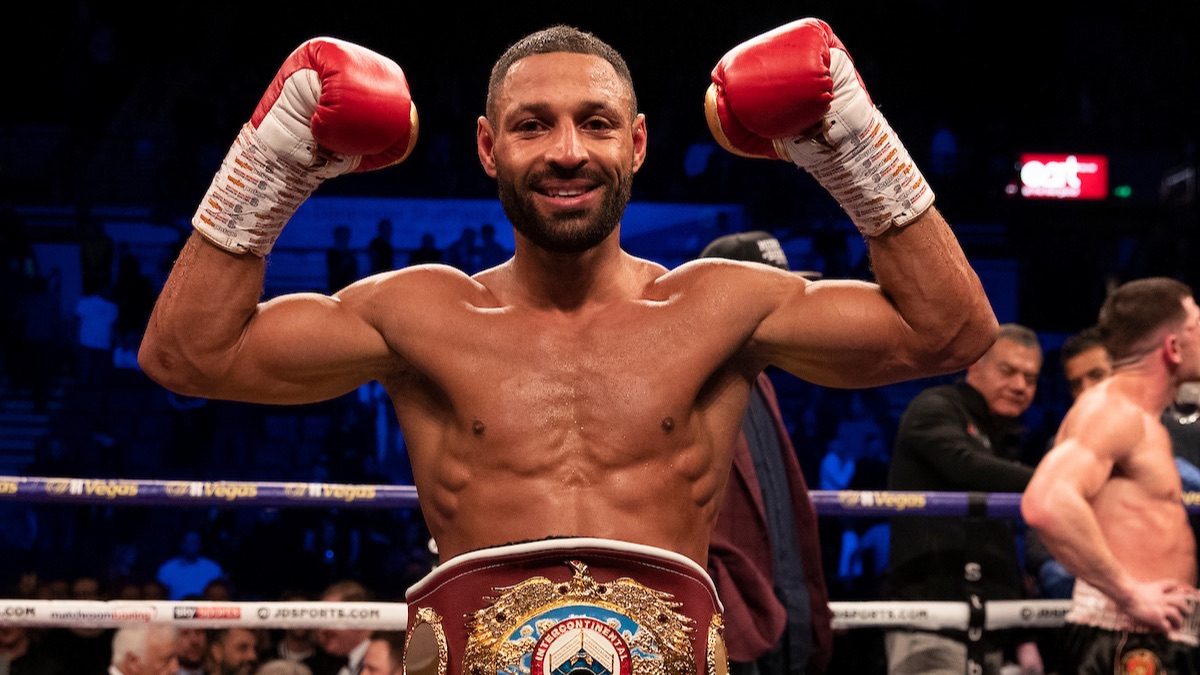 Kell Brook returned from a 14 month hiatus from the ring to stop Mark DeLuca in seven rounds at the FlyDSA Arena in Sheffield, live on Sky Sports in the UK and DAZN in the US.A left hook flattened DeLuca and caused the referee to step in after Brook had spent the entire fight badly bloodying and hurting his visitor. The win sets up an exciting 2020 for ‘The Special One’ who now has plenty of options.

“2020 is the year that I become World Champion again,” Brook said afterwards. “I don’t shy away from any fighter, I have a lot of respect for Liam Smith, he boxed a stablemate of mine in Liam Williams.

“I’ve sparred him and if those spars are anything to go by, the fight would be amazing.

“I know he wants the fight. We’ll sit down with Eddie [Hearn] this week. I love the Smith family but once we get in there, it’s business.

Terri Harper was crowned WBC Super-Featherweight World Champion after battering Eva Walhstom over ten rounds to rip the famous green and gold belt from the long-reigning Finn and cement herself as a new star of British boxing.

“I had a lot of pressure on me, I’m 23-years old and I’ve just done this, I’ve made history,” she said afterwards. “I got the win, it was a hard fight against a tough girl.”

“After last time against Warrington, I couldn’t leave anything to the judges,” said Galahad afterwards.

“This means the world to me, I’ve waited for this moment for a long time,” he said. “I’ve come back because I love the game. Whatever I have is because of boxing.”

Martin J Ward stayed on course for a World Title opportunity in 2020 by outpointing Mexico’s Jesus Amparan 100-88, Anthony Tomlinson produced a career-best performance to stop Scotland’s Stewart Burt in their British and Commonwealth Welterweight Title Eliminator, Sheffield Super-Featherweight prospect Donte Dixon moved to 3-0 with a fourth round stoppage win over Eduardo Valverde, John Docherty notched another KO win as he moved to 8-0 by halting Pablo Mendoza in the first round and Sheffield Light-Heavyweight talent Callum Beardow progressed to 2-0 with a points win over Pawel Martyniuk