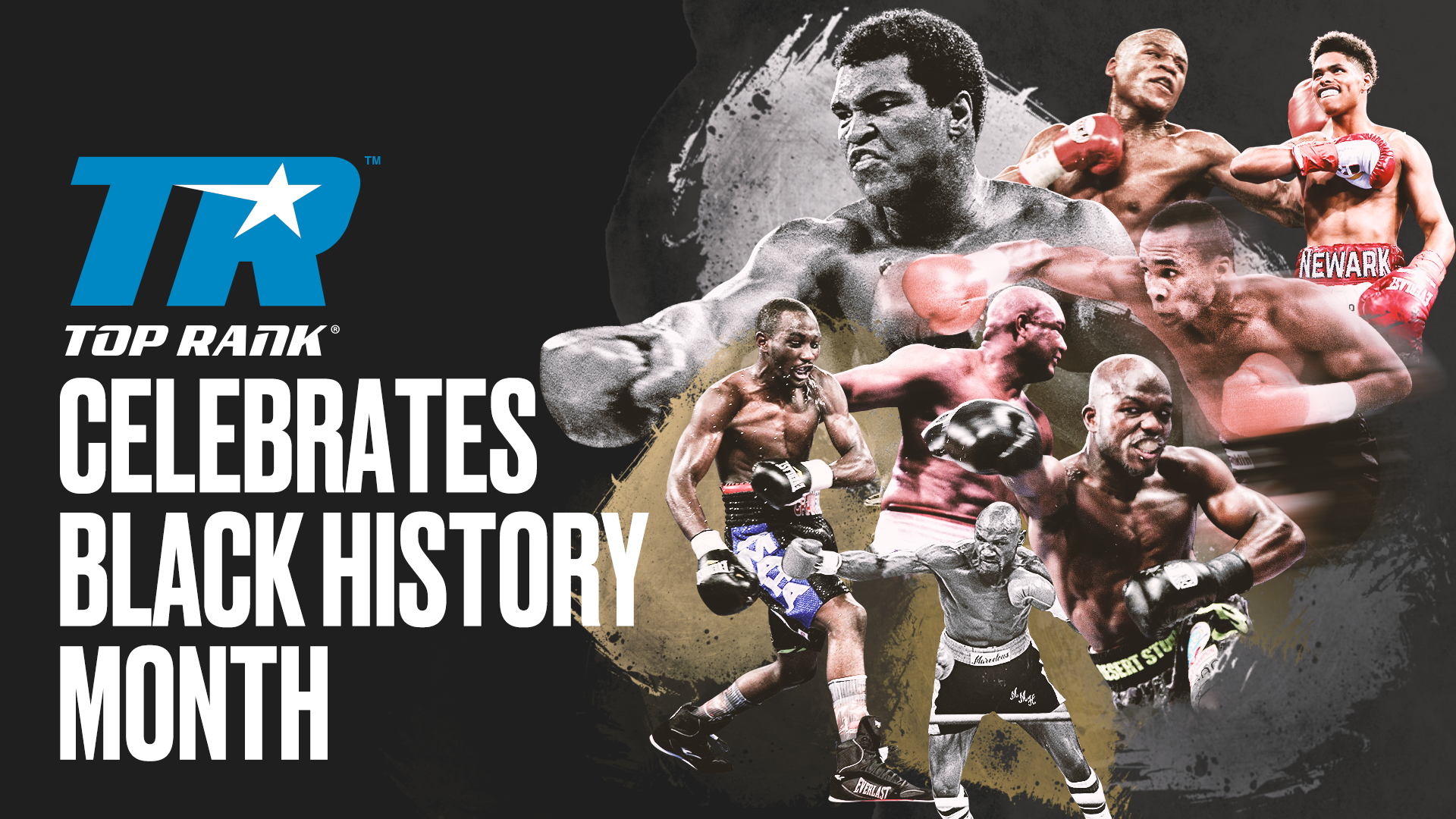 Ali-Spinks II, Crawford-Gamboa and Holyfield-Foreman among the fights that will be made available via Top Rank’s YouTube channel

LAS VEGAS (Feb. 4, 2020) — Top Rank has opened up the video vault in honor of Black History Month. Throughout the month, Top Rank’s YouTube channel will highlight some of boxing’s most memorable nights featuring pugilistic household names such as Ali, Foreman and Hagler. So, grab your favorite snack and hop into a boxing time machine.

Muhammad Ali vs. Leon Spinks 2 (Available NOW)
Fight Date: Sept. 15, 1978
Why It Mattered: Simply put, “The Greatest” made history, becoming the first three-time heavyweight champion. Spinks stunned Ali via split decision seven months earlier, but Ali turned the tables in front of more than 60,000 fans in New Orleans, winning a well-deserved unanimous decision. At 36 years of age, it would be the last victory of Ali’s career. Roughly 90 million people in the United States alone watched Ali’s triumph live on ABC.

Timothy Bradley vs. Ruslan Provodnikov (Wednesday, Feb. 5)
Fight Date: March 16, 2013
Why It Mattered: The 2013 Fight of the Year, Bradley was hurt several times but outboxed Provodnikov in the middle rounds to earn a unanimous decision. Bradley was dropped in the fight’s closing seconds, but Provodnikov ran out of time. It was Bradley’s first fight since winning a highly controversial decision over Manny Pacquiao nine months earlier.

Evander Holyfield vs. George Foreman (Saturday, Feb. 8)
Fight Date: April 19, 1991
Why It Mattered: At 42 years of age, Foreman attempted to recapture the heavyweight title against a champion 14 years his junior. Holyfield ultimately won a unanimous decision, but Foreman made it competitive and proved he could still compete with the very best.

Terence Crawford vs. Yuriorkis Gamboa (Wednesday, Feb. 12)
Fight Date: June 28, 2014
Why It Mattered: The Omaha faithful were out in full force to watch hometown hero Crawford make the first defense of his lightweight world title. After a rocky start, Crawford took over and knocked out Gamboa in the ninth round. A superstar was born.

Marvelous Marvin Hagler vs. Thomas Hearns (Saturday, Feb. 15)
Fight Date: April 15, 1985
Why It Mattered: The fight lasted a total of 7:52 and might be the greatest world championship bout ever contested. Three rounds of fury, with Hagler successfully defending the middleweight championship.

Sugar Ray Leonard vs. Wilfred Benitez (Monday, Feb. 24)
Fight Date: Nov. 30, 1979
Why It Mattered: Less than three years after making his pro debut, following a gold medal at the 1976 Montreal Olympics, Leonard won the WBC welterweight world title with a complete performance over a fellow all-time great. It took Leonard nearly 15 rounds to get the job done, as referee Carlos Padilla stopped the contest with six seconds remaining in the final round.

Floyd Mayweather Jr. vs. Genaro Hernandez (Wednesday, Feb. 26)
Fight Date: Oct. 3, 1998
Why It Mattered: The fight that started it all. Mayweather battered WBC super featherweight champion Hernandez, as his corner stopped the bout following the eighth round. Mayweather would go on to defend that title eight times, eventually moving up to win world titles in four additional weight classes and retiring a perfect 50-0.

Why It Mattered: Only 9-0 at the time, Stevenson was tabbed for greatness following his silver medal showing at the 2016 Rio Olympics. Rosales, a savvy veteran, was supposed to be a stern test. Stevenson passed it with flying colors, scoring a fourth-round knockout and setting up a world title shot later that year. Last October, Stevenson dominated Joet Gonzalez over 12 rounds to win the WBO featherweight world title