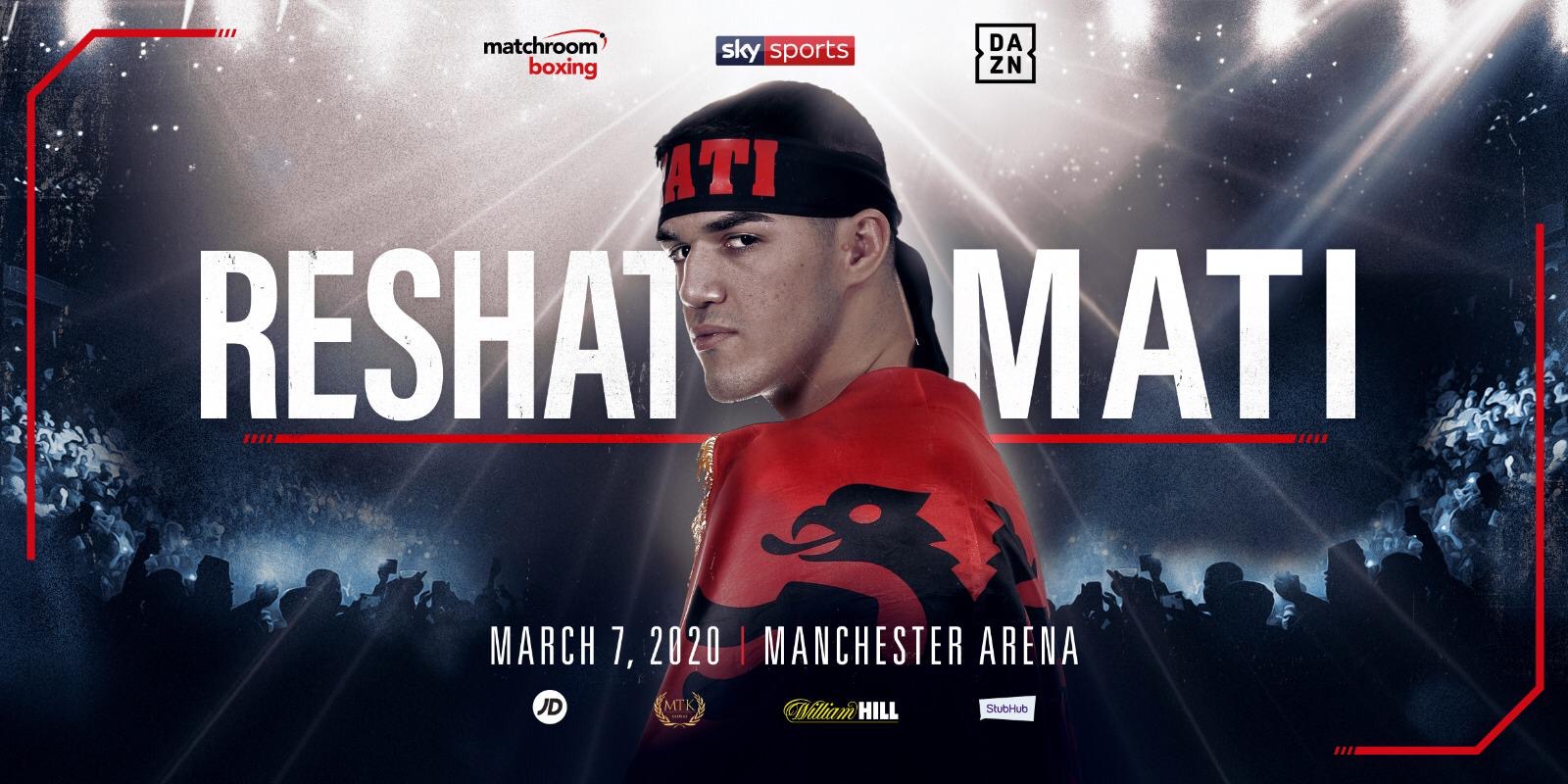 ‘The Albanian Bear’ lands spot on Quigg vs. Carroll undercard

Rising Welterweight starlet Reshat Mati will make his UK debut on the undercard of Scott Quigg vs. Jono Carroll at Manchester Arena on Saturday March 7, live on Sky Sports in the UK and DAZN in the US.

‘The Albanian Bear’ made the perfect start to life in the paid code, disposing of Adan Ahumada inside three rounds in Chicago, before decisioning Juan Sepulveda at Madison Square Garden three weeks later.

The 21-year-old’s winning form continued into 2019, securing a first round KO in his home city before a shoulder injury ruled him out until October. Mati showed no sign of ring rust on his return in the Windy City, notching a shutout points win and banking valuable rounds.

Two knockout victories rounded off his first full year as a professional and now he will be eager to impress the British faithful and set the standard for an exciting 2020.

Mati follows in the footsteps of Austin Williams, Nikita Ababiy, Raymond Ford and Otha Jones III in stepping foot into a British ring with more exciting US talent to look forward to on these shores in 2020.

“I am so happy to be making my debut in the UK,” said Mati.

“The atmosphere that the fans create looks special and I can’t wait to experience this first hand. Hopefully after March 7 I will return to the US with some new fans!”

“I am so happy for Reshat to be making his UK debut, he has shone already on lots of big shows in America and this is another step for his development,” said Eddie Hearn. “I am sure that the UK and Albanian fans will get behind him on March 7 and they won’t be disappointed with what they see.”

Mati makes his UK debut on a huge night of action in Manchester.