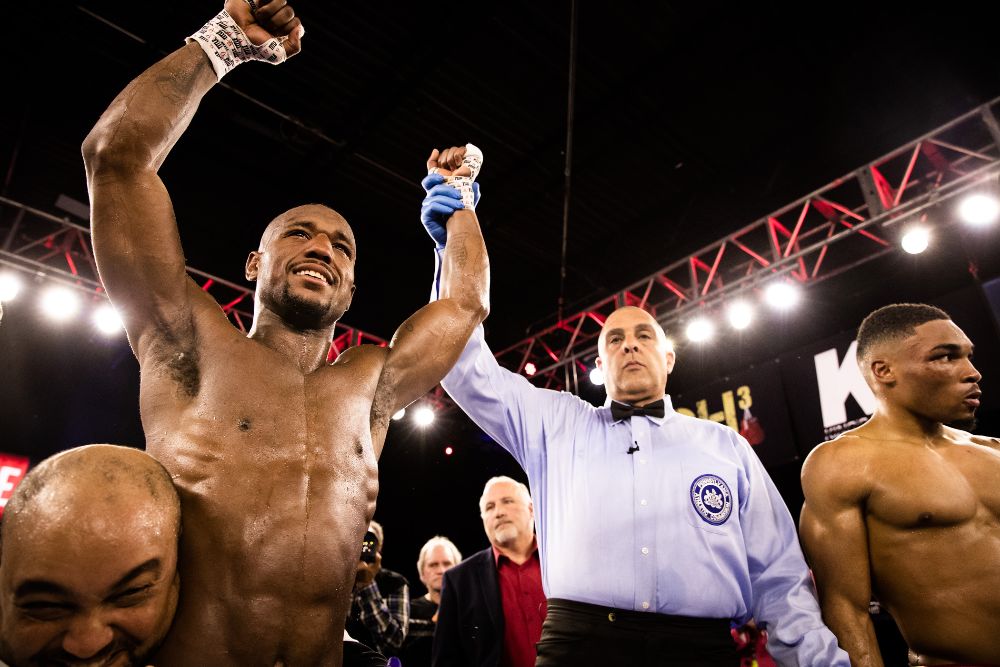 Philadelphia, PA (February 15) – In his pre-fight interviews, Greensboro, North Carolina Native Joseph Jackson told everyone and anyone listening “He was ready.” Lights, camera, action, and Jackson showed a national TV audience he was not only ready but talented and strong-willed enough to win by Unanimous Decision over previously unbeaten and highly touted Detroit, Michigan prospect Derrick Colemon Jr.

Fighting with the weight of a state on his back, Joseph Jackson got off to a slow start. Colemon Jr. 11-1 (8 KO’s) displayed exceptional quickness and sharp counter-punching in the early rounds and Jackson seemed to be battling the pressure and jitters of his first Nationally televised fight. After a clash of heads and a slip, “Action” Jackson found his groove and began to take charge of the highly skilled and well-fought fight.

The younger and more aggressive Colemon of Detroit started strong, controlling the first three rounds before the savvier and more mature Jackson commanded the second half of the bout. In rounds six through eight, Jackson out-landed Colemon 76-19 overall and 50-9 on power punches. Jackson’s movement and activity frustrated and tired Colemon, who went past five rounds for the first time in his career. Showtime’s Steve Farhood scored the first three rounds in favor of Colemon and the final five rounds for Jackson.

Jackson, who received exceptional instruction from his cornermen Walter Johnson, Robert Chapmen, and Richard Rivers, stood in the pocket most of the fight. Jackson turned the tables in rounds 4 – 8 with deft lateral movement, a double jab, and a hard right hand to the body which kept Colemon Jr. frustrated and off-balance.

“We just dug deep and got the job done,” said the 31-year-old Jackson. “I’d give my performance an eight out of 10. I know I can show better. I had about 40 people come out from Greensboro, N.C., and support me.”

Jackson punctuated his performance in the seventh round with a massive left hook which went between Colemon’s guard and landed squarely on Coleman’s face. Coleman staggered off the ropes, but the heart and determination of the young, highly skilled lion prevented him from falling to the canvas. After that, Jackson pounced on the younger fighter. The judges scored the fight 77-75, 80-72, and 78-74.

“I’ll fight whoever they put out in front of me next. It’s SHOWTIME and my first televised fight and first fight outside of North Carolina so it was important to put on a show,” said Jackson.

With the victory, Joseph Jackson improves his undefeated record to 16-0 (12 KO’s) and proves to a national TV audience and the world, North Carolina Boxing is real and Jackson is a legitimate force in the Jr Middleweight Division.