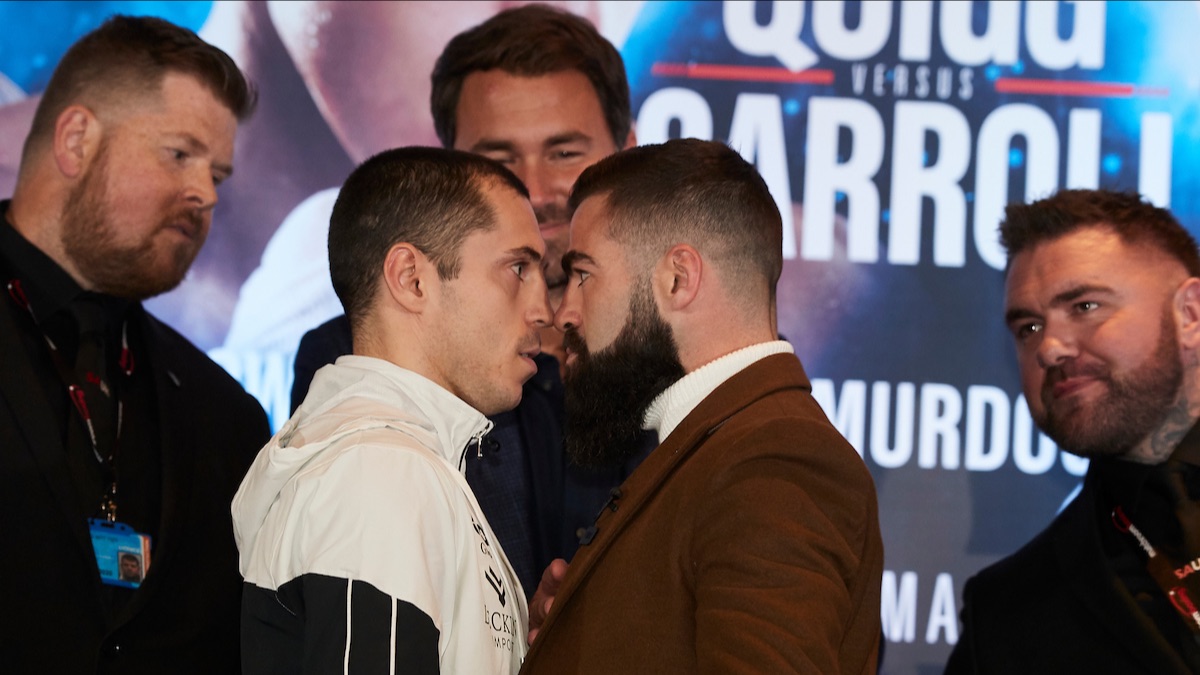 Jono Carroll has predicted an eighth round stoppage win against Scott Quigg when the rivals collide in a crunch Super-Featherweight clash at Manchester Arena on Saturday March 7, live on Sky Sports in the UK and DAZN in the US.

Carroll (17-1-1, 3 KOs) warned former WBA Super-Bantamweight World Champion Quigg of his ability to “break people down” and “break people’s hearts” and the Dublin man believes a win this weekend will put him back in line for a World Title shot later this year.

“Quigg is a massive name and a former champion but he has to pass that torch to me now. It’s my turn. He’s had his day. He’s a good, seasoned pro fighter and I can’t overlook that. I’m prepared for the world champion, the best him, but I feel like it’s my time now.

“I’ve been training my brain, training different attributes to normal. Quigg is such a big name that it’s not hard to get up at 6am for a jog or to push yourself to exhaustion. It’s my time. Pass me that torch, Scott! For some reason I’m thinking round eight.”