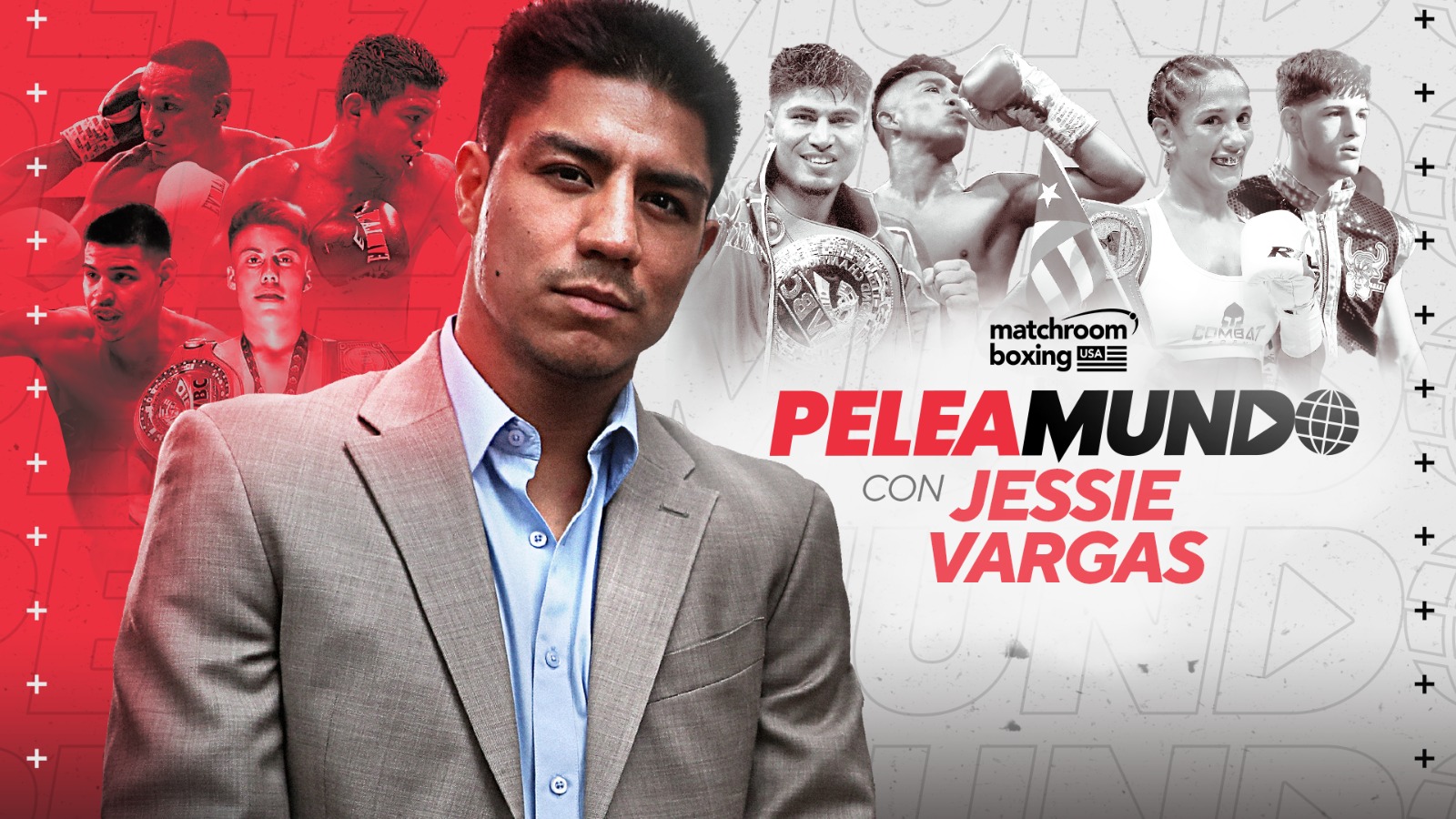 Vargas will also invite legends of the sport to speak to him, cast his net far and wide to chat to boxing-mad sports stars and celebrities, and will interact with fight fans on the show with his #AskJessie section.

The show is set to launch next weekend and will lead up to a bumper edition for Cinco de Mayo weekend. Vargas will also take the show on the road at Matchroom Boxing USA shows across the U.S. and Mexico when boxing returns.

“I am so excited to be part of this new series ‘Peleamundo’ with Matchroom Boxing USA,” said Vargas. “There is a wealth of elite level and rising Hispanic fighters in the Matchroom Boxing USA stable and the Latino fight fans are some of the most knowledgeable and passionate followers of our great sport, I can’t wait to bring them exclusive interviews with their favorite fighters and also get the fans on the show to answer the questions they have.

“As the show develops, I hope to be talking to some of the real greats of the game and my favorite fighters, as well as going behind the scenes at Matchroom Boxing USA shows – it’s going to be a blast!”

“I am delighted to bring ‘Peleamundo’ to the Hispanic fight fans,” said promoter Eddie Hearn. “There are so many fantastic fighters with a Latin flavor and I am sure that we will create some fantastic exclusive content with both the launch interviews with some of the biggest names in the game and when Jessie hits the road at our shows.

“Not only will we hear from current World champions like Juan Francisco Estrada, Roman ‘Chocolatito’ Gonzalez and Julio Cesar Martinez, but it is also a brilliant opportunity to introduce our young fighters like Diego Pacheco, Alexis Espino and Marc Castro to a new audience.”