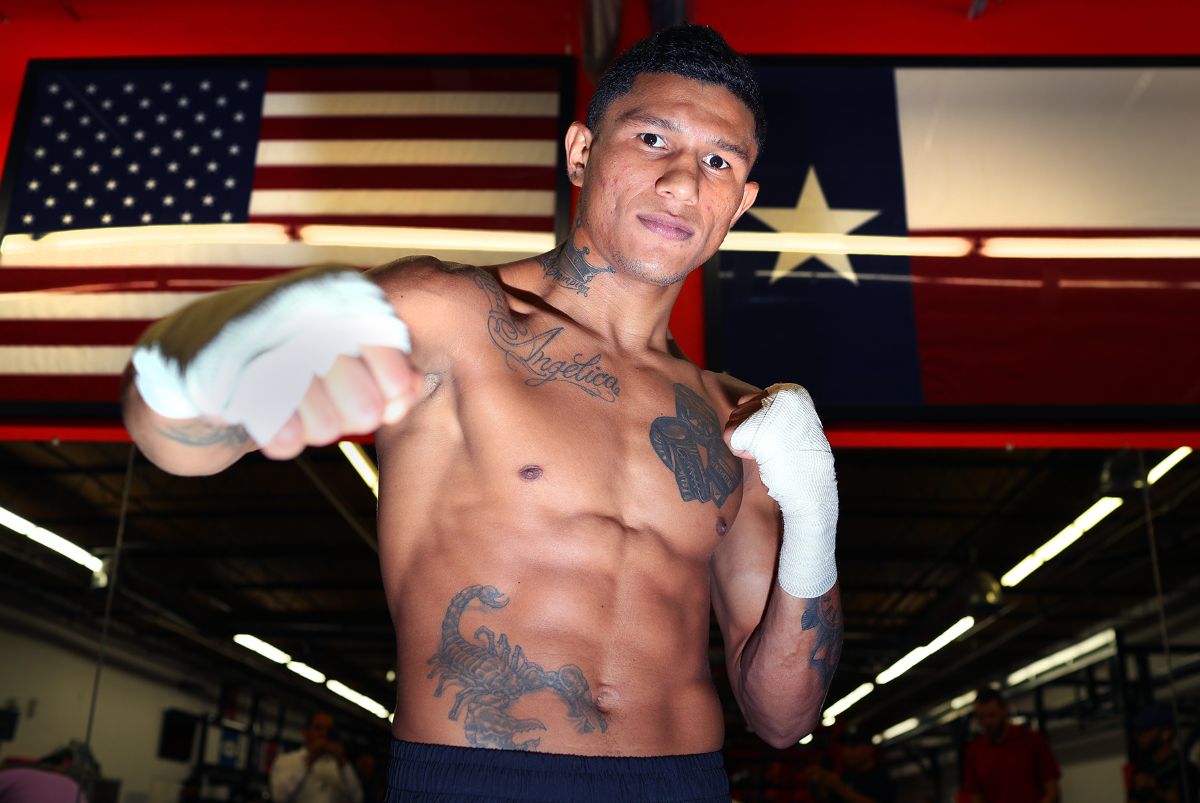 The Cancun native, who has made six defenses of his world title, recently spoke with Lupe Contreras. This is what he had to say.

On what he’s been doing during the COVID-19 pandemic

“We are still staying home and protecting ourselves from this bad virus that has knocked out a lot of people.

“We are taking care of ourselves by staying home. We are trying to stay active. We know that we have to take all the necessary precautions because we are high-performance athletes and we got to be careful.”

“Well, it’s very difficult. Thankfully, we have the opportunity of having a stationary walker at home. I tried to run a little bit, and I do a little bit of shadowboxing, abs, push-ups. But it’s basically that. I believe it’s not the same as training in the gym, but we got to remember that we live off of staying in shape, and because of that, we must stay active.

“Nobody really knows when this pandemic will be over. But we have spoken to Top Rank President, Todd duBoef, and he has been giving us updates. We hope that this will be over soon. They have been thinking about all the alternatives, and one of them could be having fights without the public. I think that could be a big accomplishment because all fighters are standing by. A lot of us make a living by just boxing. I also believe that the TV networks are looking for content because they are running low on content right now. We hope for this to end soon so we can make the {Oscar Valdez} fight happen.”

On Oscar Valdez and his trainer, Eddy Reynoso

“Yes, of course I believe Oscar is a great fighter. I respect him a lot, but now we must face each other. I think Eddy Reynoso has come to add a lot of good things to his corner. He has also done a good job with Canelo Alvarez and Ryan Garcia. Now he is doing it with Oscar Valdez. It’s an excellent team, but on my side, I’m the champion and I also have a great trainer in Alfredo Caballero. It will be a great fight between Mexican fighters and Mexican trainers.”

On whether Valdez’s aggressive style will work against him

“No, I think they will have to come up with a good strategy. It’s worth noting that Oscar has already suffered an injury on his jaw. If I’m not mistaken, it happened in his fight against Scott Quigg. He broke his jaw. That’s why I believe they are going to try to fight a smart fight. He is also moving up in weight, and I don’t think he should be trading punches with me.”

“Of course! He is also a great fighter. Shakur Stevenson is a former Olympian and trains alongside Terence Crawford. I believe he is a fighter with a lot of ability and is one of the best fighters that Top Rank has right now, but like I mentioned, we are waiting for the fight with Oscar. I think he is still campaigning at 126. But when he gets to 130, I would like to face him. I think he is a great fighter, and I believe the fans want to see ‘El Alacrán’ Berchelt against the best.”

On his change once he became champion

“Well, it is a great responsibility. Everyone wants to be where you are. Now you become the target, and they are coming after you. Everyone wants to literally rip your head off. They want the crown. They want the belt. You realize that you have more responsibilities by having the belt, and you got to keep showing why you are the champion. That is why I’m still the champion after three years and six title defenses. We are going to keep walking this road. Losing my unbeaten record taught me a lot, and it didn’t only make me a better fighter, but it also made me a better person.”

On if he wants to unify the titles

“Of course! I would love to. JoJo Diaz was recently crowned as IBF champion. Also, Jamel Herring and Rene Alvarado. There are some great champions in the division, but right now, all I have on my mind is to face Oscar, be victorious on this seventh title defense, and after that, whoever comes, comes for Miguel Berchelt.”

“Of course! Right now, he is one of the top three pound-for-pound fighters in the world. I think he is only behind Canelo Alvarez. I would like to. Right now, my focus is getting through this situation of the pandemic. Then I will begin training and returning to all activities so I can face Oscar Valdez. After that, we can talk moving up to 135 to face someone like Vasiliy Lomachenko. He is a fighter that I have always wanted to face, or Teofimo Lopez.”

“There are a lot of good fights to be made, but without a doubt, I would love to face Gervonta Davis. He is a very dangerous fighter and a lot of people would like to face him, but his promoter, Floyd Mayweather, protects him too much.”