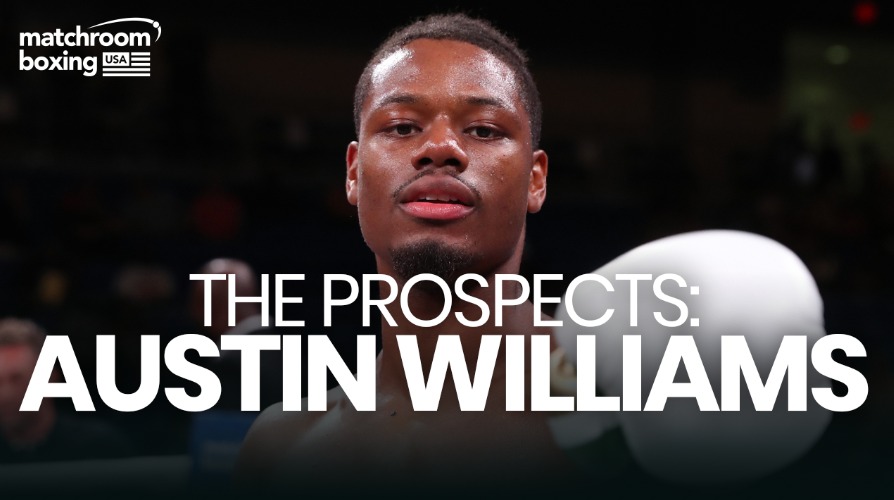 Austin Williams is the latest rising star in focus in Matchroom Boxing USA’s YouTube series on ‘The Prospects’.

Williams made his debut last April in Los Angeles and the Houston based talent has impressed greatly, winning all five of his fights to date, with four of those wins coming inside the distance.

‘Ammo’, who turns 24 on May 3, traveled to the UK to fight on the undercard of the WBSS Super-Lightweight final between Josh Taylor and Regis Prograis, and his private jet trip with promoter Eddie Hearn to watch another Matchroom Boxing show, experiencing the raucous atmosphere of a Lewis Ritson fight night in Newcastle.

That trip is just one of the exclusive behind the scenes moments with Williams, as The Prospects: Austin Williams tracks the start in the paid ranks of the future Middleweight star, and ‘Ammo’ is the latest of Hearn’s young charges to feature in the series: