Story by Jeff Aronow:  Amir Khan is still hoping to face Manny Pacquiao once the sport comes back after the pandemic ends. Khan (34-5, 21 K.O.s) wants to stage the fight against WBA welterweight champion Pacquiao (62-7-2, 39 K.O.s) in Qatar, if possible. However, Khan will likely have the fans on his side if the match with Manny does take place in Qatar, and the Filipino star may not want to deal with that.

Pacquiao, 41, would be the A-side in the negotiations, and he might not like the idea of putting himself in a situation where he could wind up on the receiving end of another controversial decision.

With the horrible experience that Manny had in losing a HIGHLY controversial decision to Australian Jeff Horn in 2017 in Brisbane, he may not be in a hurry to take the risk of losing to Khan in Qatar if he’s unable to knock him out. Who could blame Pacquiao for not agreeing to that? Even if the money is good, Pacquiao doesn’t want to lose again.

“I want to fight against Manny Pacquiao, he’s the champion,” said Khan to beIN Sports. “I want to reach the level that I can fight against anyone without fearing anything.”

“Why don’t Qatar host the event, as it’s already prepared for the 2022 World Cup? I love Qatar, and I loved my last stay there.”

It’s a little bit of an overreach on Khan’s part for him to be not only asking Pacquiao for a fight but also suggesting where it should take place. Currently, Khan isn’t in the position to dictate where a fight with Pacquiao should take place. He should just hope that Pacquiao will throw him a bone by giving him the match. It’s off-putting for A-side fighters to see their B-side opponents trying to dictate things 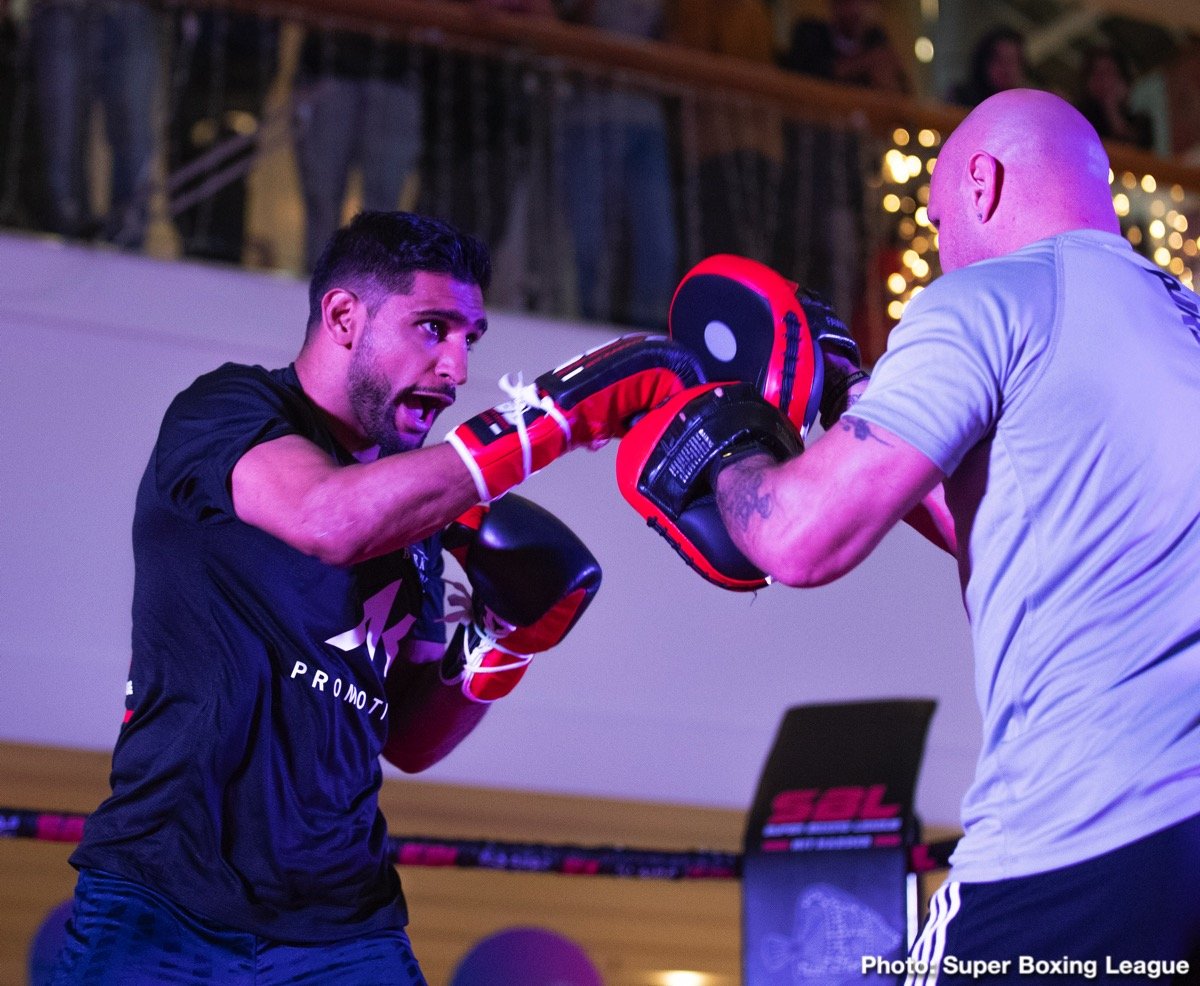 What Does Pacquiao Gain In Fighting Khan?

Would Pacquiao Fight Khan In The U.K.?

It’s not a good idea for Pacquiao to fight Khan in the U.S., as there won’t be enough interest in the fight to sell tickets. That means that Pacquiao will need to fight Khan elsewhere.

Again, we could be looking at Pacquiao being seen as the visiting fighter against Khan if he faces him in the U.K. or the Middle East. Will Pacquiao agree to put himself at risk of losing another controversial decision? On the positive side, Pacquiao wouldn’t need to worry about being roughed up like he was by Horn in 2017 in Australia. Khan doesn’t fight like that.

The scoring potentially could be a problem for Pacquiao as the visitor against Khan, and who needs that? At this stage in Pacquiao’s career, he should be able to call the shots for where a fight is staged, and not have to worry about being robbed.

Pacquiao wanted an excellent opponent for when he returned, and he’s been getting chased by Mikey Garcia and Khan. I’m not sure that’s the type of opponent that the former eight-division world champion Pacquiao will be looking for when he gets back into the ring.

There’s more for Pacquiao to gain in fighting Spence, Keith Thurman, Crawford, or Danny Garcia. That’s not a knock on Khan and Mikey. It’s just the reality. Those guys are top fighters at 147 and are popular enough for Pacquiao to get credit, whether he wins or loses.

But against Khan and Mikey, Pacquiao will be in a lose-lose situation where he’s going to get dumped on no matter what happens.