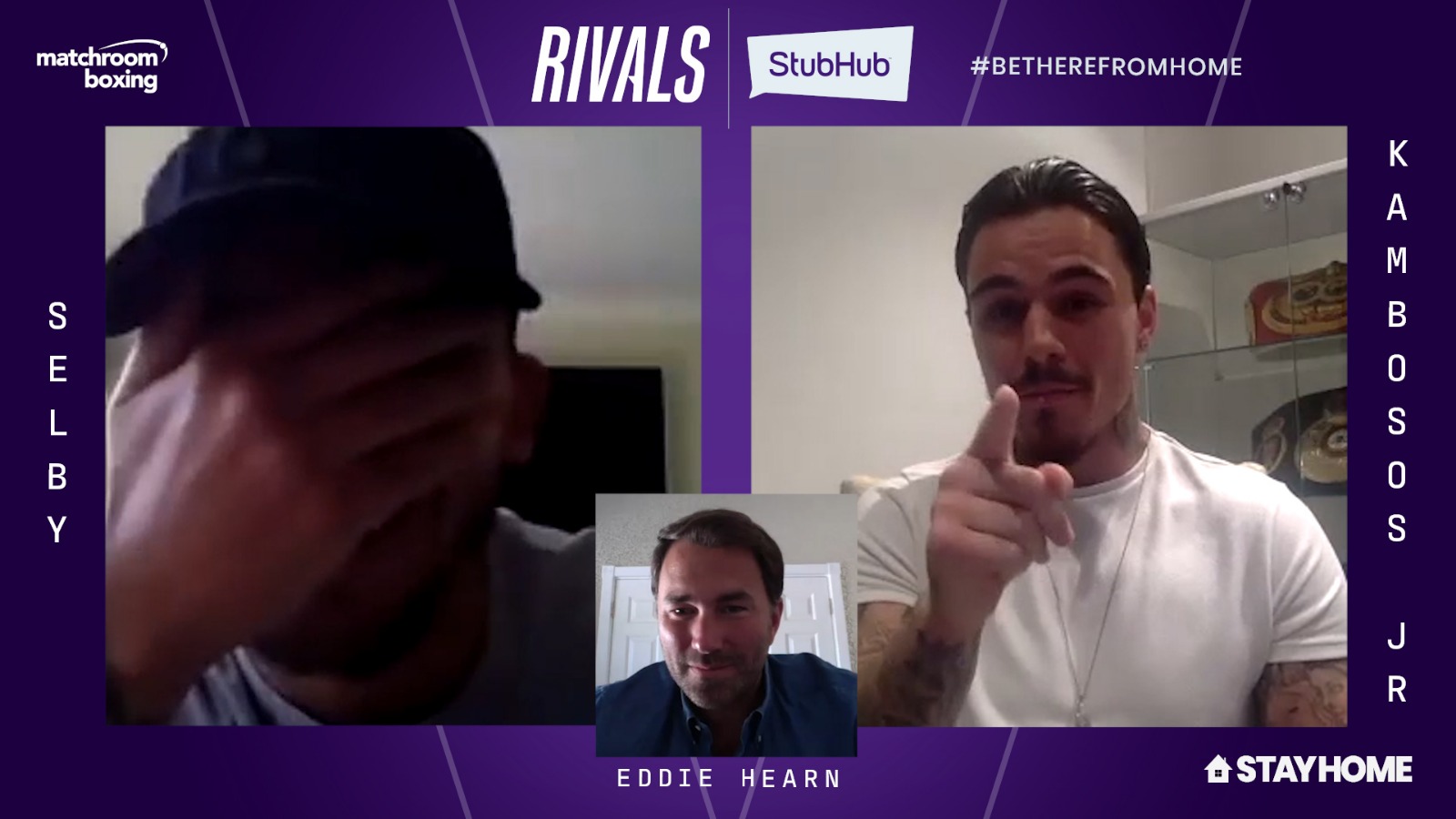 Promoter Eddie Hearn will chair an ePress conference between two fighters, who are scheduled to lock horns once boxing has resumed.

HERE’S A CLIP FROM THE SELBY-KAMBOSOS JR. EPISODE

“Since the Lockdown started the team have been brain-storming innovative content ideas and we’re pleased to give the fans additional coverage with this series of ePress conferences,” said Hearn.

“Much has been said already in the build-up and with George’s absence for our Cardiff launch presser, we had to get both fighters together for the first episode.”