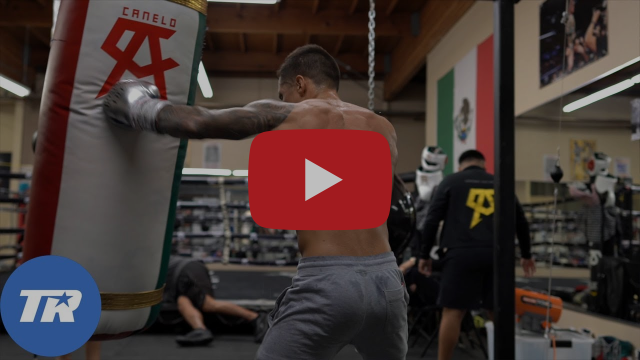 Former world champion Oscar Valdez talks about wanting the Miguel Berchelt fight and much more in this interview with Crystina Poncher.

Valdez (27-0, 21 KOs) is riding out the pandemic at his ranch in Hermosillo, Sonora, Mexico. This is what he had to say about Berchelt and other topics to Top Rank’s Crystina Poncher.

“We only have one fighter in mind right now, which is ‘El Alacran’ Berchelt because I’m the mandatory fighter. It’s a mandatory fight, and there were rumors it was going to be May 9. I was already back in training camp in San Diego for May 9, but then we got the news that {May 9} was Jose Ramirez and Viktor Postol. We just continued training. It wasn’t going to hurt us to remain in camp.”

On whether the Berchelt fight will happen once boxing resumes

“The fight hasn’t been announced yet, but it’s a mandatory fight. The fight has to happen. I think, on our side, we’re ready to sign the contract because I’m going for my dream. I want that belt. We want to make it official, and I was already training for that fight. Right now, we just gotta train back home. It is what it is.”

On the Adam Lopez fight

“It’s funny. I was in the best shape of my life pretty much, one of the best training camps I’ve had, but yeah, one of my worst performances I’ve had. It’s just pretty weird because, like I said, I was feeling great.

“I think I was a little too confident in there {thinking} that I was going to take my opponent out of there. That’s something no boxer should ever do in the ring. Sometimes you make those mistakes, and I made one of those mistakes. I paid the price. I underestimated Adam Lopez inside the ring for a couple of seconds.”

How long does he plan to stay at super featherweight?

“I don’t think I’m moving up any time soon. I’ve been a featherweight for pretty much all my career, ever since I turned pro in 2012. I think it was time to go up to 130. I don’t see myself going up any time soon. I want to accomplish my dream to become a world champion again. That’s why I’m going after this challenge now.”

On whether Berchelt is the top super featherweight

“I think Berchelt is the toughest fighter in that division. That’s why we’re going after him. We want to go for everything.”

“Of course I would love that fight, especially now. There’s a lot of people, including him, who think I’m avoiding that fight. I’m not. I’m chasing my dream to become a world champion {at super featherweight}.  I want to fight for the world title with ‘El Alacran’ Berchelt. ‘El Alacran’ Berchelt is a tougher opponent than him. No offense to Shakur. Shakur is a great fighter. He’ll be up there. We’ll have to fight sooner or later. If he goes up to 130, I’ll gladly fight him.”

On a Leo Santa Cruz fight

“We’ve been wanting to fight Leo Santa Cruz for a long time, but due to the politics of boxing, him being with PBC and other promotional companies, I think that’s the main reason why these fights don’t happen. That’s why I’m so excited right now that I get the chance to fight somebody like ‘El Alacran’ Berchelt because this is a big name. He has a title belt. If the fight happens with Santa Cruz eventually, I would love it because his style and my style would definitely be a fan-pleasing fight.”