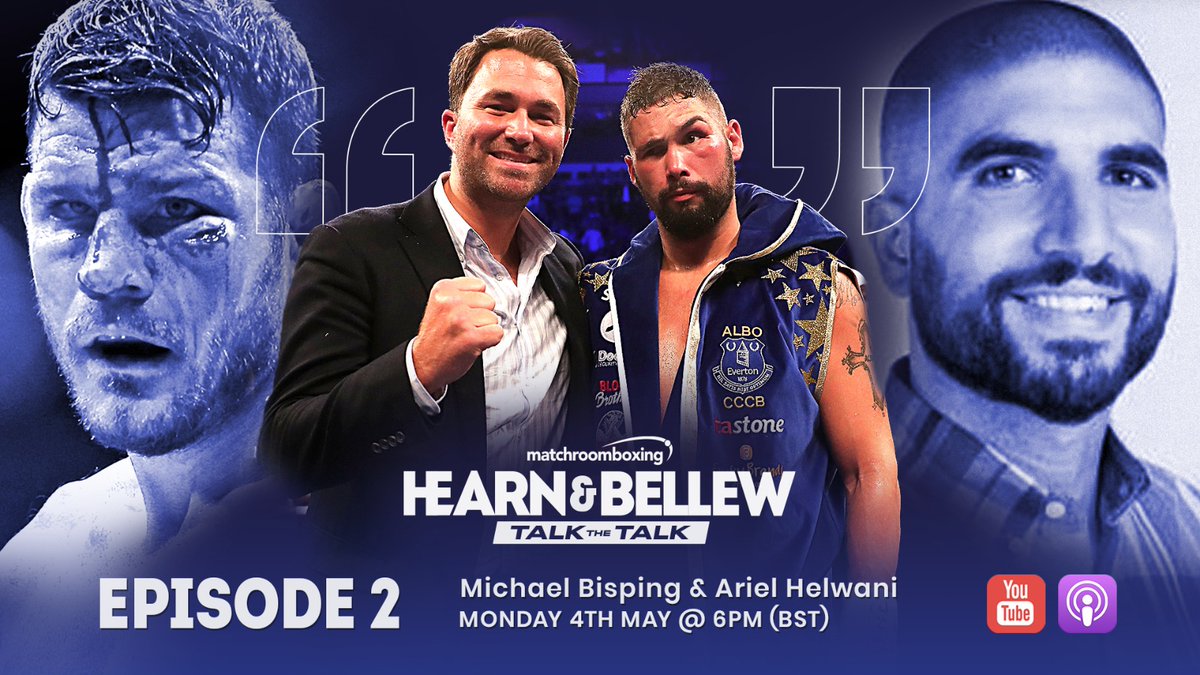 HEARN AND BELLEW: TALK THE TALK EPISODE TWO OUT TODAY!
Bisping and Helwani join for MMA and Boxing chat

Eddie Hearn and Tony Bellew are back with the second instalment of our ‘Talk the Talk’ series, which airs tonight at 6pm (BST) on YouTube.

Bellew and Bisping traded verbal jabs over a potential fight back in 2017 and come together for the first time to discuss the rumours, Bisping’s rise to becoming the first Brit to land UFC World honours, which fighters have what it takes to succeed in the opposing sport and much more.

“The first episode went really well, the numbers were good and there were loads of headlines from it,” said Hearn. “This is a fascinating chat with Bisping and Ariel as we talk about the two disciplines.”

“The MMA world is crazy, I’ve been a massive fan for years,” said Bellew. “It was great to speak with the best UFC fighter to come out of the UK in Michael Bisping.”