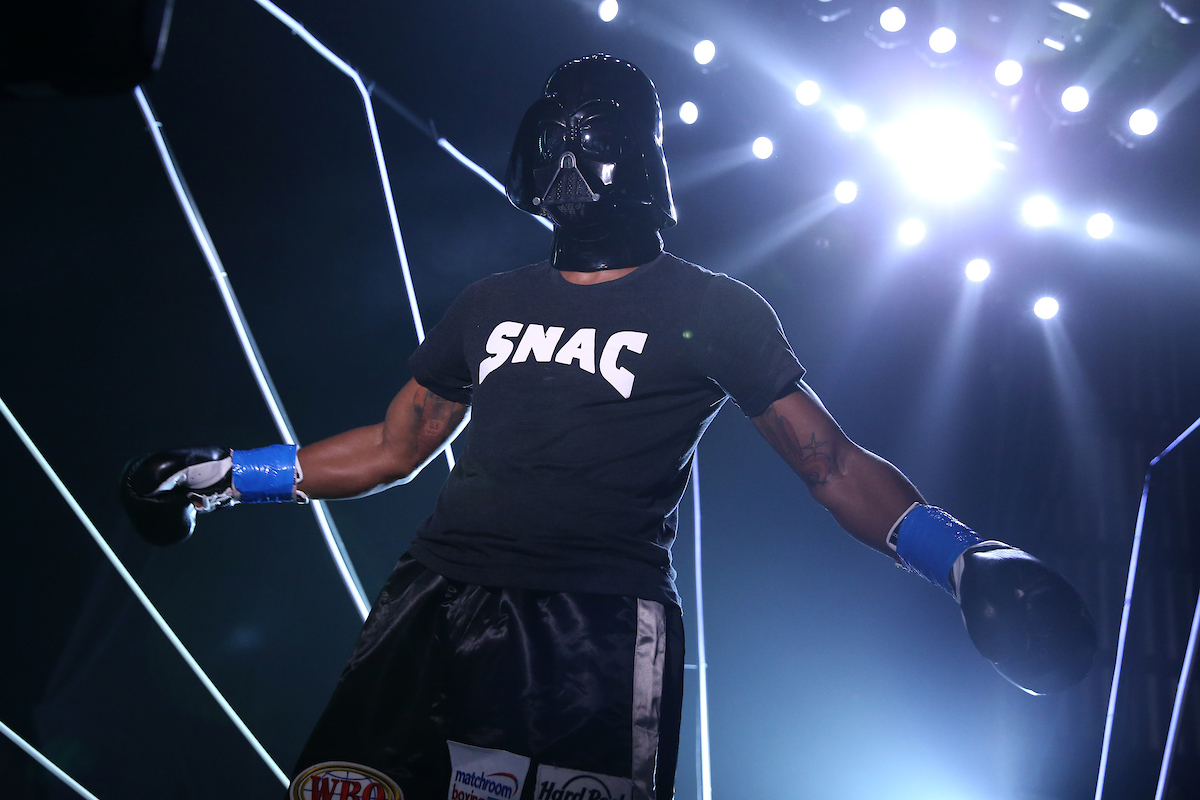 ANDRADE: I WOULD BUST BILLY-JOE UP
‘Boo Boo’ still wants to face Brit

Demetrius Andrade hopes to finally get to face bitter rival Billy Joe Saunders when boxing returns – and told Matchroom Boxing’s Podcast ‘The Lockdown Tapes’ that he would ‘bust up’ the Brit if they clashed.

Andrade (29-0 18 KOs) was due to face Saunders in October 2018 for the Londoner’s WBO crown but the Briton failed a drugs test and subsequently relinquished the title.Andrade would win the vacant belt against Walter Kautondokwa in Boston and has since defended the title with imposing wins over Artur Akavov, Maciej Sulecki and Luke Keeler. The Rhode Island star has been hunting a massive fight to stamp his authority on the 160lbs division before moving up to Super-Middleweight, and the 32 year old ran the rule over his rivals at both weights as he itches to get back in the ring.

“I was willing to fight Billy Joe after a 15 month lay-off but that didn’t happen and I am willing to fight him again,” said Andrade. “If I can’t get Canelo then it’s Billy Joe or Charlo at 160. At 168 we’ve got Callum Smith. I would bust Billy Joe Saunders up at 160 or 168, that’s not a problem.

“I consider Danny Jacobs one of the best Middleweights out there, but would I fight him, yeah! If it came to the point where we were going to make X amount, then we could make it happen, but I grew up with him and we have a brothership and mutual connections. Fighting him isn’t something I’m looking to do.

“I don’t want to talk about Liam Williams because there is nothing to talk about. What do I have to say? We know Jacobs, Canelo, GGG, Sergey Derevyenchenko and Billy Joe want to fight, who am I going to fight? Billy Joe or Liam Williams? Who do you want to see?

“I saw Billy Joe in the airport not too long ago. He said ‘what do you think about me and you?’ and I told him ‘he doesn’t want to fight me and for him to go and enjoy his life’.

“It might be Williams but I’m not fighting Canelo or Charlo or Billy Joe behind closed doors because I want to shut them up in front of people! And tell them ‘It’s me again’!”