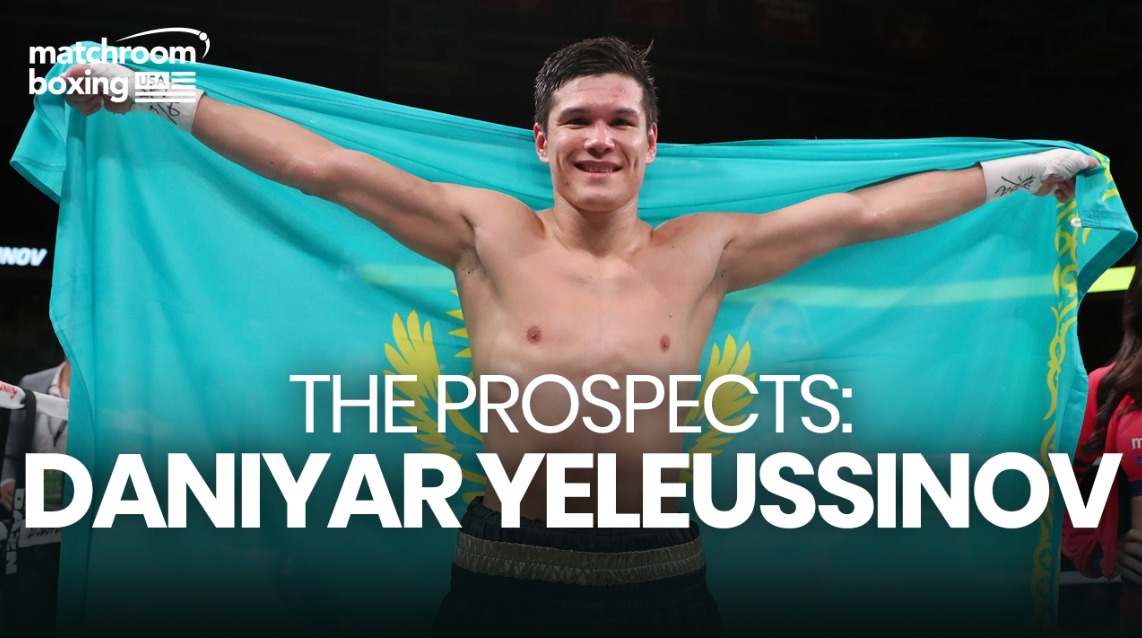 Daniyar Yeleussinov is the latest rising star in focus in Matchroom Boxing USA’s YouTube series on ‘The Prospects’.

Yeleussinov made his debut in April 2018 in New York after Eddie Hearn won the race to sign the hotly-touted Kazakh who lit up the 2016 Olympic Games in Rio, winning gold at Welterweight.

The 29 year old has five KOs to his name from his nine wins in the pro game to date, and the highly decorated amateur, whose Olympic gold followed gold medals in the World championship, Asian championship and Asian games, is set to face a real step-up in class in his tenth pro fight when boxing returns, meeting former unified Super-Lightweight champion Julius Indongo, and The Prospects: Daniyar Yeleussinov charts the first year on the pro scene for the future Welterweight king.

Previous episodes of The Prospects series are here:

Diego Pacheco – The LA youngster is 9-0 with seven KO wins.