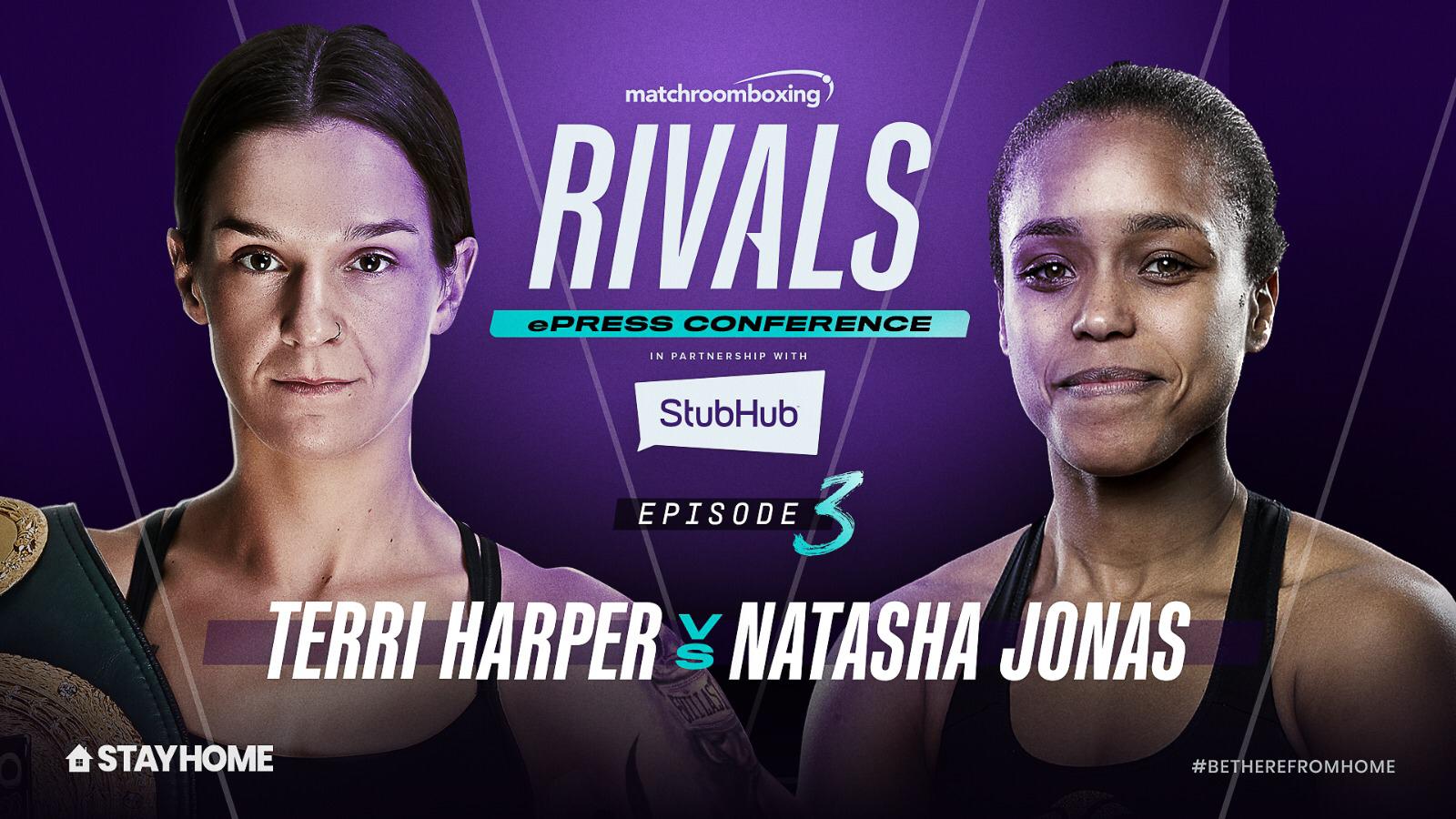 In partnership with StubHub, Eddie Hearn hosts the third edition of our ‘Rivals’ series following the first two instalments with Lee Selby and George Kambosos Jr and Anthony Fowler and Ohara Davies.

Harper (10-5, 5 KOs) was due to defend her WBC and IBO Super-Featherweight crowns against Liverpool’s Jonas (9-1, 7 KOs) in an all-British showdown at the Doncaster Dome on April 24 before the Coronavirus pandemic brought the sporting world to a halt.

“I want to understand why Tasha thinks she’s better than me,” said Harper. “Obviously she had the bad fight against Obenauf, I believe Viviane came in at short notice. For me, Viviane had a full training camp, she prepared well for me, and when I look back now it was a comfortable win for me.

“Tasha gets caught quite a lot and I’m a big strong Super-Featherweight. When I get in the ring I’m easily a good 10 or 12lbs heavier than what I was at the weigh-in the day before. I’ve got a bit of meat behind my punches and I strongly believe I could get a stoppage over Tasha.

“Every fight I’m having I’m always thinking about that next step and reaching the next level. I enjoy the risks but I feel I have great momentum and I can’t see anything stopping me at the minute.”

“I respect the way she’s come through,” said Jonas. “She hasn’t come from the big amateur background and had a big TV deal from the start. She’s got herself to that point. She’s hungry but I’m hungrier. I respect her, she’s young, she’s quick and she’s got a good engine but no disrespect, I just think I’m better.”

“I can’t keep living off my amateur career. The WBC belt is one of the most prestigious belts and I don’t think from memory Joe Gallagher has had a WBC Champion yet. We want the belt, the t-shirts and everything!”

“Natasha Jonas was due to challenge for Terri’s unified World Championships in April. There’s been some fascinating conversations moving forward about when this fight might happen. This is a fight that is done, is agreed and will be happening,” added Eddie Hearn.

Fans can tune in to Rivals at 7pm (BST) on the Matchroom Boxing YouTube channel here: Harper vs. Jonas Rivals